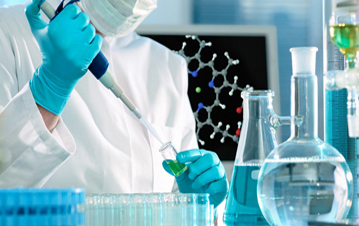 The Amrita Mind Brain Center is an independent center of Amrita with strong connections to the School of Engineering, Medicine and Biotechnology. Established in January 2021 with faculty members collaborating from various units of the University, our research focus is the study of the neural mechanisms of brain functions using neurophysiological and computational techniques. At the center, theoreticians, experimenters and clinicians combine experimental techniques for measuring neural activity with computational modeling to understand, at the most fundamental, algorithmic level, how the brain processes information about the world to generate perception, knowledge, memory, decision, and action. Our research also involves the development and analysis of computational models in order to study synaptic plasticity, associative memory and information processing in the cerebellum and inter-related circuits. The center is developing novel low-cost devices,exploring the neuroscience of yoga, music and meditation techniques besides development of tools and pedagogical techniques for enhancing bioscience laboratory education.

Our research involves the development and analysis of computational models in order to study synaptic plasticity, associative memory and information processing in the cerebellum and inter-related circuits. Other work at the lab is on bio-robotics and neuromorphic hardware, neuroscience of yoga and Indian relaxation techniqies besides development of tools and pedagogical techniques for enhancing bioscience laboratory education.

The computational neuroscience research at the center is mainly focusing on the neuronal dynamics and behaviors of cerebellum and associated circuits.

As ongoing efforts with clinicians, bioinformaticians and engineers, we study cognition, memory, and action.

With our School of Medicine, Dr. Anand Kumar, Dr. Siby Gopinath and Dr. HarilalParasuram, we are exploring the possibility to understand how brains process spatial and temporal events and how neurology patients can helped through better tools.

Most neuropsychiatric disorders are now regarded as network disorders. This is in contrast to earlier lesion based or neurotransmitter based theories of etiology.

In this EU based project, WeNet: The Internet of Us, we are looking at developing an  online platform that will empower machine mediated diversity-aware people interactions. WeNet project is funded by the EU’s Horizon2020 programme under Grant Agreement number 823783

This research project started off as an Indo-Italy collaboration with University of Milan, University of Pavia in Italy and aims to develop a cerebellum inspired pattern recognition algorithm for robotic data classification.

We develop and use low-cost accelerometers to record gait related movement signals during walkingand use the same to classify and differentiating the gait phases.

Modelling of biochemical networks such as signal transduction and gene regulatory circuits are main components of modern systems biology. In the case of experimentally immeasurable biological processes, a mathematical model can be used to observe and analyze the behavior of a particular variable.

Cortical Activations among Musicians and Non-Musicians for Indian Raga

As a National Mission project funded by Ministry of Education, Amrita University has been developing free and open source virtual laboratories readily available over the internet for higher education.

At the Mind Brain Center, we also use EEG activity to study the cortical process associated with execution of movements has been explored widely. To date, uncovering neural network dynamics associated with the execution or imagination of different movements has a substantial influence in boosting functional connectivity measures in the brain involved in the processing of motor movement.

To understand neural circuit computations a different approach is needed: elaborate realistic spiking neural networks of the rat cerebellum and use them, together with the theoretical basis of central network computation.

The center has a facility to study neural signals from brain slices and using electrophysiology equipment, we investigate how neurons and synapses process time-dependent signals in animal models. The project was completed on 31st March 2015. (Status – Completed)

One of our aims is at understanding cognitive functioning of cerebellar circuit function and implement signal processing abilities into neural hardware using cerebellar architecture. The project was completed on 31 Dec 2014.  (Status – Completed)

This project proposed to develop a cerebellum inspired pattern recognition algorithm for robotic data classification. The proposal was to exploit biophysical neural network models to the problem of pattern recognition and navigation in mobile robots to achieve practical algorithms for specific applications like surgery or disaster mitigation. The project used biological basis for design and function of a deep learning pattern classifier for motor articulation tasks. This was a joint project proposal for Exchange of Researchers within the frame of the Executive Programme of Scientific and Technological Cooperation between the Republic of India and the Italian Republic for the years 2012 – 2014 was selected. Visits were made by researchers from Italy and PhD students from the lab visited Italy as part of this proposal. The project was completed on 31 July 2015. (Status – Completed)

Investigating the organized activity of neuron ensembles is critical to understand how brain circuits work and is one main target of the project. Reconstruction of network activity has proved to be a hard task. This project will study cellular function using multi-scale models of single cells and networks will be developed with NEURON. The project was completed on 31 March 2015. (Status – Completed)

Inspired by our Chancellor Amma’s guidance, several practitioners see personal benefits to regular practices including yoga and meditation for stress relief. We wanted to look into behavioural adaptation and “wellness” behind practitioners and non-practitioners. As an effort to understand causality and functional connectivity changes induced by holistic stress relieving techniques related to Amrita Yoga and Meditation methods, we have commenced experimental studies and models based on surface EEG signals on yoga and meditation practitioners and non-practitioners. Specifically, we look into neural mechanisms underlying mediation reporting changes in spectral band frequencies during meditation that focus on concentration assessing pre and post behavioural modifications related to short term changes. Initiated in late 2016, this project is supported by Amrita Vishwa Vidyapeetham and Embracing The World. (Status – Ongoing)

In partnership with the Government of India’s Sakshat initiative of the Ministry of Human Resource Development, these Amrita Virtual Labs, focus on helping students retain the real feel of a laboratory, while conducting the experiment from an internet-enabled computer terminal, much in the same way he or she would, in a real lab. Over 320 online labs have been developed and are available freely from here.

As part of the Quality Enhancement in Engineering Education (QEEE) program coordinated by Prof. Ashok Jhunjhunwala, Amrita Virtual Labs team (Coordinated by Dr. Shyam Diwakar) will use the Physics Virtual Labs to offer a new lab course to 40 colleges in India via the QEEE portal. The lab topic selected is oh Physics and will target undergraduate Physics students. (Status – Completed)

A extension of the teaching center grant has been awarded by NVIDIA for promoting the use of CUDA GPGPUs in teaching and research. (Status – Completed)

A minor role as one of the co-PIs through a data mining role in this DBT Indo-Canada project. This research project seeks to bring together biomass based biochars and hydrochars from rice husk waste product to remove heavy metals and other contaminants from industrial and domestic wastewater that makes its way untreated or only partially treated into rivers and streams. (Status – Ongoing)

A joint project proposal for Exchange of Researchers has been awarded to Amrita team including us (as co-PI) and University of Tokyo. PI of this project are Dr. Maneesha Ramesh of Amrita Center for Wireless Networks & Applications, Amrita Vishwa Vidyapeetham, India and Prof. Masahiro Fujita of University of Tokyo, Japan. (Status – Completed)

A extension of the teaching center grant has been awarded by NVIDIA for promoting the use of CUDA GPGPUs in teaching and research. (Status – Completed)

Software code and online material from papers and research topics within the lab.

LFPsim – A toolkit for modeling LFPs from detailed multicompartmental neurons and circuits implemented in NEURON enviornment.

A detailed multicompartmental model was used to study neuronal electroresponsiveness of cerebellar granule cells in rats. For details check article.