Nanoscience is a fascinatingsubject that completely changed our fundamental understanding of materials at the molecular and atomic levels. Nano means extremely small and any material with a particle size of 1-100 nm range in at least one dimensioncan be called a nanomaterial. In 1959, Richard Feynman, the Nobel Prize winner in Physics-1965, speculated the possibility of tuning things at the atomic level,which motivated researchers to develop nanomaterials with widespread applications. The discovery of electron microscopy (SEM and TEM) is a breakthrough in nanoscience that helped us to visualize the size of nanoparticles and their morphology. By controlling the particle size ofmaterial in the nanoscale range, the arrangement and coordination of the atoms can be manipulated. Thus, quite unusual structural, thermodynamic, geometrical, chemical,and electronic properties can be expected in nanomaterials. Owing to these unique properties compared with bulk solid materials, nanomaterialsexhibit exceptional applications in catalysis, materials science, medicine, electronic device, defense, etc.

Catalysis, which enhances the rate of chemical reactions by providing an alternative pathway with lower activation energy, is a vital process for the production of fine and bulk chemicals, fuels, drugs, and polymers.In the chemical industry, more than 90% of chemicals are produced by using a catalytic step at least. The name “catalysis”, originating from the Greek words “kata” meaning “down” and “lyein” meaning “loosen”, was given by J. J. Berzelius in 1836. However, the precise definition of catalysis was given by Wilhelm Ostwald, whose work in catalysis and chemical kinetics was recognized with a Nobel Prize in 1909. Compared with homogeneous catalysis (both reactants and catalyst are in the same phase i.e., liquid), heterogeneous catalysis (reactants and catalyst are in different phases) is favorable for the chemical industry because ofnumerous economic and eco-friendly advantages of solid catalysts, such as easy synthesis, low production cost, high hydrothermal stability, efficient reusability, and waste prevention. The most notable applications of heterogeneous catalysis are ammonia synthesis (Haber process), hydrogen production (steam methane reforming and water splitting), petroleum cracking, syngas to hydrocarbons (Fischer-Tropsch synthesis), polymer synthesis, environmental pollution control (catalytic converter, deNOx, soot oxidation, etc.),CO2-to-chemicals, and renewable energy utilization (biomass/solar).

Since a solid phase catalyst is used in heterogeneous catalysis, nanoscience played a key role in modifying the properties of solid catalysts by reducing their particle size to the nanoscale range. Thus, using nanoparticles to catalyze various chemical reactions, known as nanocatalysis, has received great research interest in heterogeneous catalysis. Numerous efficient synthesis routes (bottom-up: co-precipitation, hydrothermal, sol-gel, template, chemical reduction, etc. and top-down: ball milling, laser ablation, sputtering, etc.) were developed tosynthesize advanced functional nanomaterials with tunable particle size and enhanced catalytic activities. Particularly, due to the presence of smaller particles, nanomaterials contain a superior surface-to-volume ratio than the bulk solid materials, coordinatively unsaturated atoms, andhighly energetic surfaces (corners, edges, kinks, and steps), which are vital for achieving improved reaction rates and product selectivity in heterogeneous catalysis at mild conditions.Narrow size distribution is important to maintain a similar type of active sites throughout the catalyst. Advances in the synthesis methods allow for finely tuning the size of the particles in a similar scale range. The shape of the nanoparticle is also crucial to achieving improved catalytic properties. By controlling the synthesis parameters (e.g., temperature, time, the concentration of precursors/base/template, and post-treatment), the nanoparticles’ shape can be engineered with well-defined surface-exposed crystal facets, edges, and corners, which contain specific active sites. Thus, enhanced product selectivity can be achieved over shape-controlled nanomaterials.

The high surface-to-volume ratio and energetic surfaces allow the efficient functionalization of metallic nanoparticles using acidic (sulfate, phosphate, etc.), basic (amines) molecules, or enzymes. These functionalized nanoparticles can exhibit comparable activity to homogeneous and enzyme catalysts, with improved stability and reusable catalytic activity. Supporting materials (metal oxides, carbon, zeolites, mesoporous silica, etc.) are essential for stabilizing metal nanoparticles against leaching during the reaction or agglomeration at higher thermal/pressure treatments. This is vital because leaching and agglomeration are irreversible deactivation processes, thus catalytic regeneration of the nanomaterials is impossible if an efficient supporting material is not used. The interface of nanoparticle/support is believed to have abundant catalytic active sites because of the interface-induced charge transfer and defect sites. Using redox support like CeO2 or acidic support like zeolite and acid-functionalized carbon for metal and metal oxide nanoparticles leads to the development of bifunctional heterogeneous catalysts, which have extensive applications in heterogeneous catalysis. Core-shell nanoparticles, which consist of metal or metal oxide nanoparticle as a core and porous materials (mesoporous silica or metal-organic framework) as a shell, are another interesting class of nanosized catalysts. Since the active nanoparticle is encapsulated in porous material, the properties of nanomaterials can be maintained during the reaction while preventing leaching and agglomeration, thus enhanced reactivity and reusability can be expected. Because of these unique advantages of size- and shape-controlled nanomaterials, significant attention has been focused on replacing conventional solid catalysts with nanosized catalysts in numerous industrial catalytic processes, which is a hot research topic of heterogeneous catalysis in the 21st century (Fig. 1). The estimation of the real active sites of nanosized catalysts under reaction conditions is challenging, but it can be achieved by using in-situ catalytic studies. This structure-activity correlation under reaction conditions provides promising strategies for the rational design of advanced functional nanosized catalysts for various energy and environmental applications. 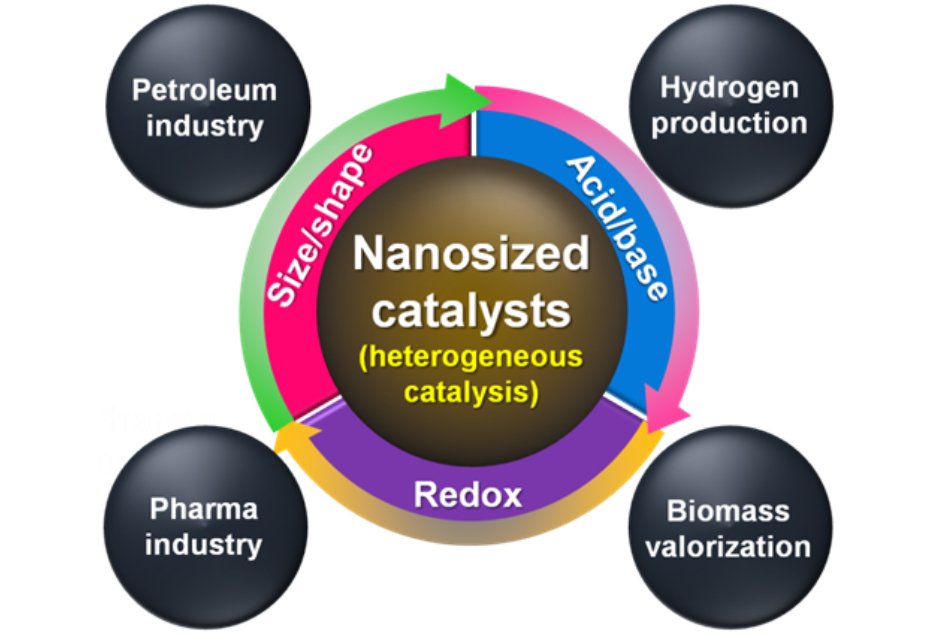 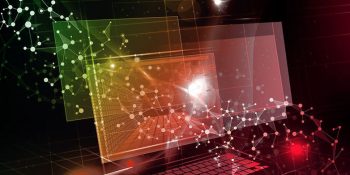 Chemistry Inside a Computer

For the general public, the term “chemistry” might probably bring the picture of a person, in a ... 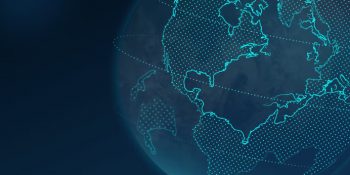 The Evolution of Geographic Information Systems in the 21st Century: ... 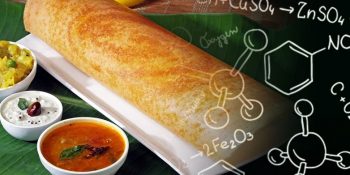 Dosa or Dose is arguably one of the most popular dishes in India; it is a typical part of the ...