The Ph. D. in Earth Sciences is a Doctoral program provided by Amritha  vishwa vidyapeetham at its Amritapuri Campus

Doctoral programs at Amrita Vishwa Vidyapeetham are designed to develop outstanding educational researchers with a wide range of research skills as well as in-depth knowledge and practical understanding and expertise in their chosen field of educational research.

As rainwater infiltrates through a soil slope, water pressure builds up in the soil pores. When this soil pore-water pressure exceeds a critical limit, a landslide occurs. There are several theoretical models, such as the Iverson model (Iverson 2000), that predict the water pressures which build up in response to rainfall of a given intensity and duration. However, many of these theoretical models have not been experimentally verified. And none of them have been validated for the geo-morphological conditions prevalent in the landslide prone Western Ghats of India.

The landslide team at Amrita Vishwa Vidyapeetham is in a unique position to examine the validity of these models for the Western Ghats. We have collected vast amounts of geophysical sensor data from a landslide prone site in the Western Ghats. We have rain gauges that have been recording rain data every 30 seconds for the past five years, and 48 piezometers that have been recording the corresponding changes in the soil pore-water pressure, also every 30 seconds for the past five years. The piezometers are installed at different depths, ranging from approximately 3m to 21m. We have also performed several laboratory tests to determine the geotechnical properties of the soil.

In this Ph.D., the student is expected to develop a theoretical model of rainwater infiltration that is validated by the existing Amrita Vishwa Vidyapeetham field data. The model should predict the soil pore-water pressures that build up in response to rainfall of a given intensity and duration. Since the soil, climatic and vegetation conditions at the current deployment site are representative of the conditions at many other regions of the Western Ghats, the model developed by the Ph.D. student can be applied to all such regions, and rainfall thresholds can be developed for these regions. These rainfall thresholds can then be used to provide early warnings of impending landslides.

In the course of his/her study, the student might also discover that by building proper drainage systems or by advising the residents on the proper disposal of waste-water, the pore-pressure that builds up in the hill slope may be controlled and future landslides may be averted.

The student is expected to participate in the field deployment of sensors in a new deployment site at Northeast India/Himalayas (to be decided by the Amrita Vishwa Vidyapeetham), and during the deployment, the student can experimentally determine various in situ properties of the soil. Undisturbed soil samples should be extracted for further testing in the Amrita Vishwa Vidyapeetham’s geotechnical laboratories.

The student is expected to use his/her experimental results in an analysis of landslide processes. Some possible research directions include:

India consistently has one of the highest annual incidences of landslides and landslide induced fatalities. Most of these landslides occur in the Himalayan ranges of North India and in the Western Ghats of South India.

In this Ph.D., the student is expected to visit (at least more than 30) landslides from a specific region in the Kerala Western Ghats, collect all pertinent information – all available rainfall data, details of earlier landslide occurrences (what kind of landslide, when did they occur, the triggering mechanisms, amount of rainfall just prior to the landslide, the volume, damages…), prepare terrain maps, geological maps if possible, obtain already available maps, study the in situ drainage conditions, identify vegetation and at least conduct preliminary studies on the effect of vegetation and land use on slope stability, collect soil samples (only from 1 – 2 meter depths) and test them in the laboratory, and prepare a thorough landslide database on the basis of the information collected.

The student is expected to use this data in some original research on some landslide phenomena, either understanding the underlying hydrological phenomena, or else the failure mechanisms. The research should lead to some tangible benefit to the local inhabitants, either in the form of rainfall thresholds for early warning, or else remedial measures to prevent future landslides at a particular settlement in the region under study.

Fees mentioned beside are current. The University reserves the right to alter fees at any time without notice. 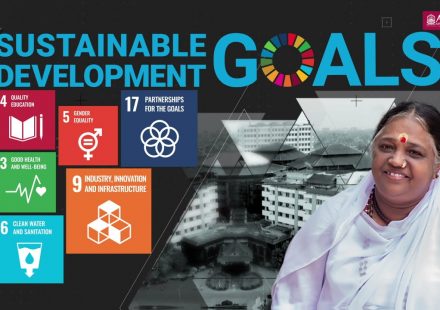