Amrita Vishwa Vidyapeetham, Bengaluru campus awarded degrees to a total of 669 students on the convocation day organised on the 17th of August, 2019, on the campus. The contingent of students who were awarded the degrees belonged to Amrita School of Engineering [B.Tech (493), M.Tech. (93), Ph. D (3)] and Amrita School of Business [MBA (64) and EMBA(16)]. In addition, there were 13 gold medals and 11 silver medals awarded to the students for their academic excellence.

In his convocation address, the Chief Guest, Dr. K. Sivan, Secretary, DDS/Chairman, ISRO, expressed his belief that the youth power should synergise to create and utilise opportunities that would contribute to the development of the country. Quoting his life, he beautifully said that life is not about the best choices one makes but about making best of the opportunities given. He explained how implementation of great ideas requires three qualities: conquering fear, taking risk and lateral thinking. He requested the graduates to rise up to resolve local problems, like reducing poverty, providing adequate clean water, providing good education to the poor and providing sanitation. He concluded his riveting address with a note of caution that the youth of today should get inspired from great men, but not emulate them, and instead harness their originality to prove themselves.

The Guest of Honour Sri. T. R. Parasuraman, Dy. Managing Director, Toyota Industries Engine India Pvt. Ltd., began his energetic address expressing his impression about the prevailing happiness in the campus. He said that India’s future lies in the demographic dividends in terms of youth power and the youth should have an open mind for knowledge to keep flowing. He made a mention of Johari window and also spoke in brief about the Philosophy of Toyota that comprised of respect others, team work, using all senses, hard work and challenging spirit.

Poojya Swami Ramakrishnananda Puri, Treasurer, Mata Amritanandamayi Math, in his benedictory address laid emphasis on compassion, love and humility that add worth to life. Swamiji added that life is a drama and ‘mind-state’ is the stage that has to be strong and fit to make a worthy living. He also stressed the importance of bringing in changes to make a different society, and to apply ancient wisdom in the field of research. 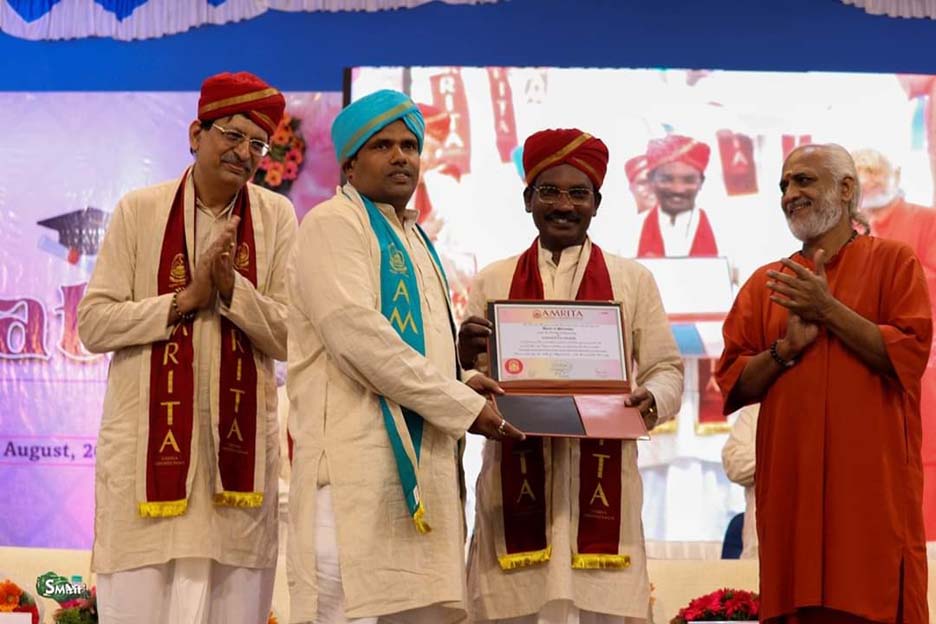 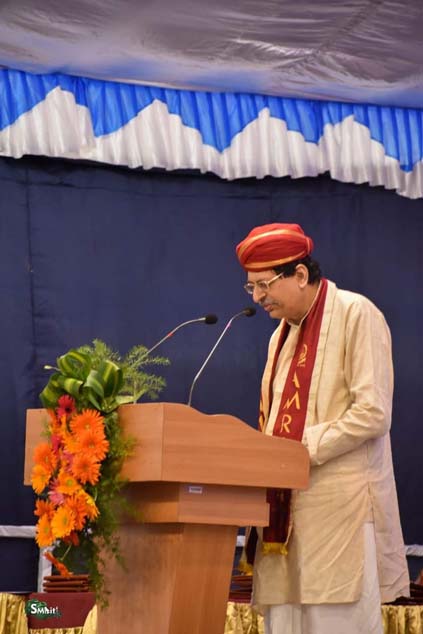 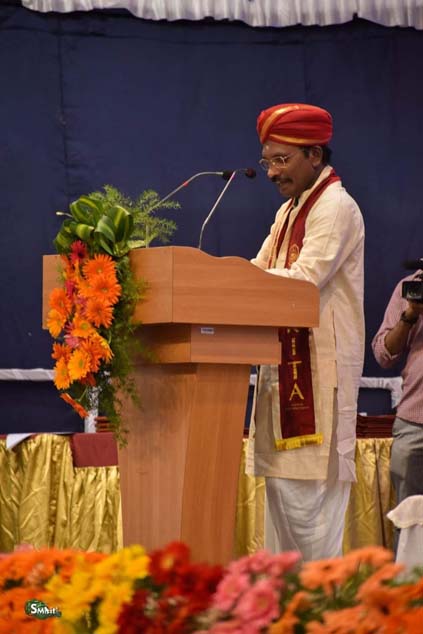 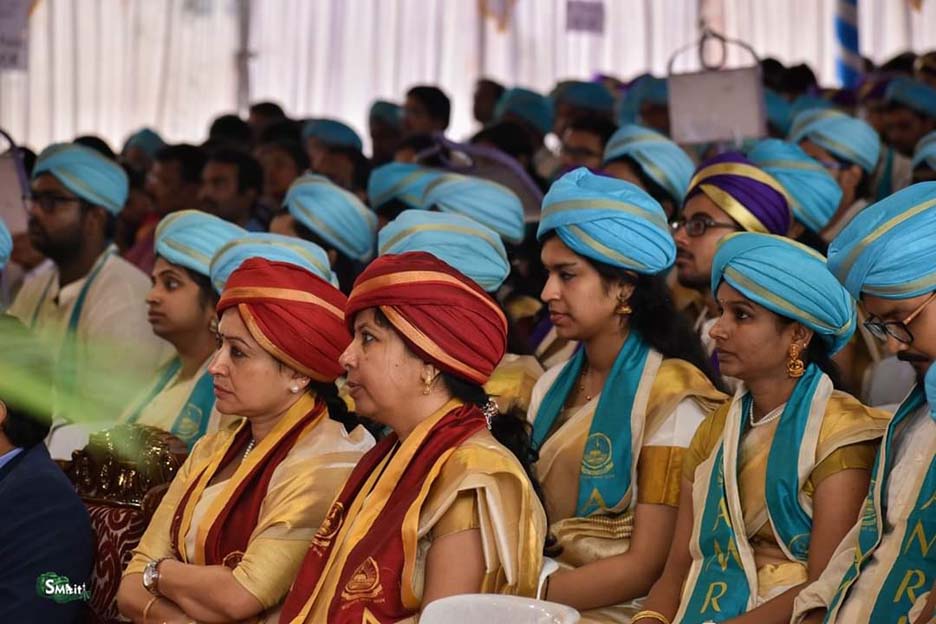 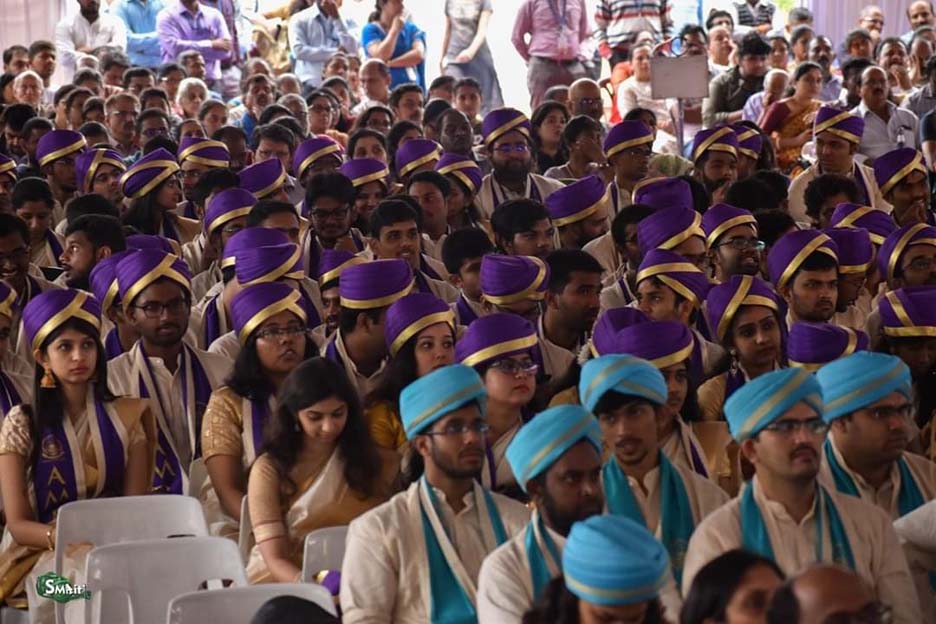 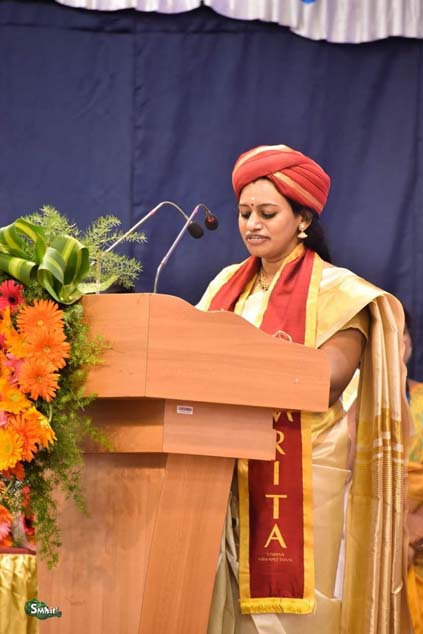 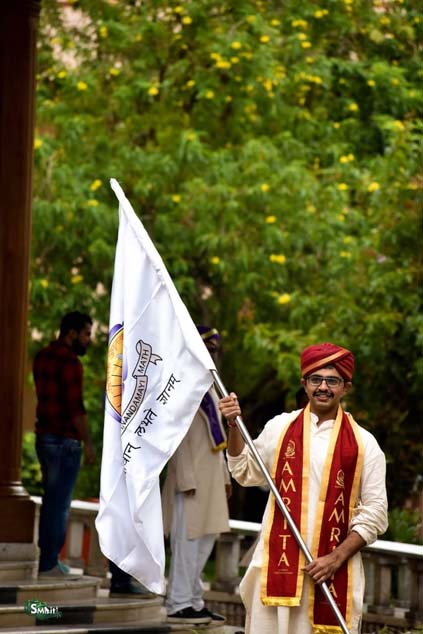 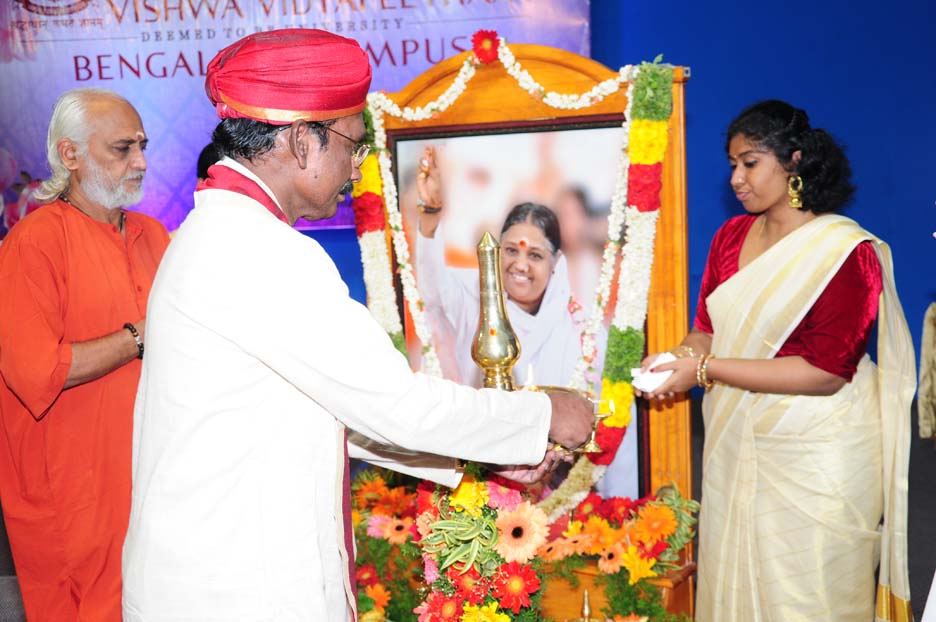 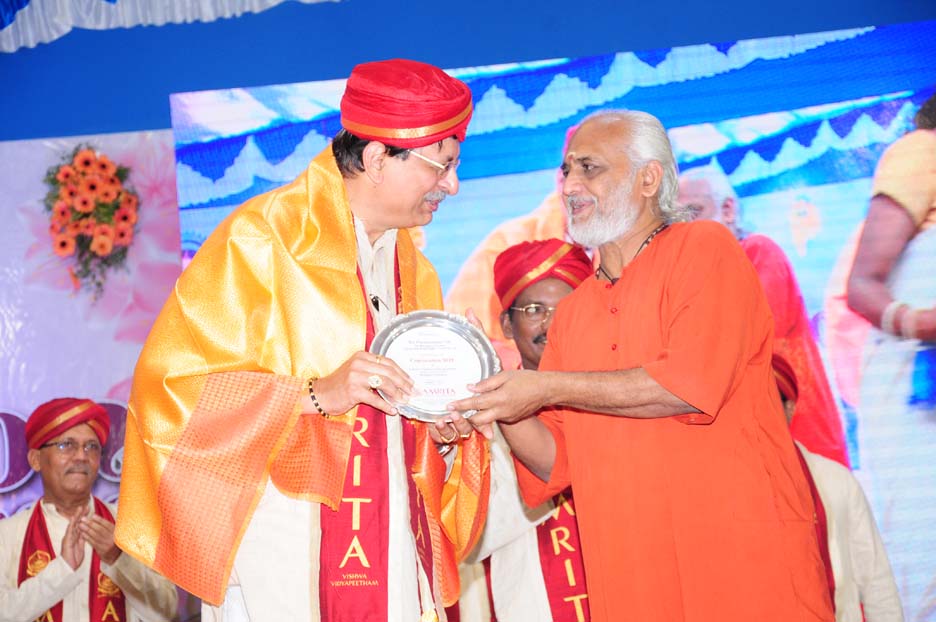 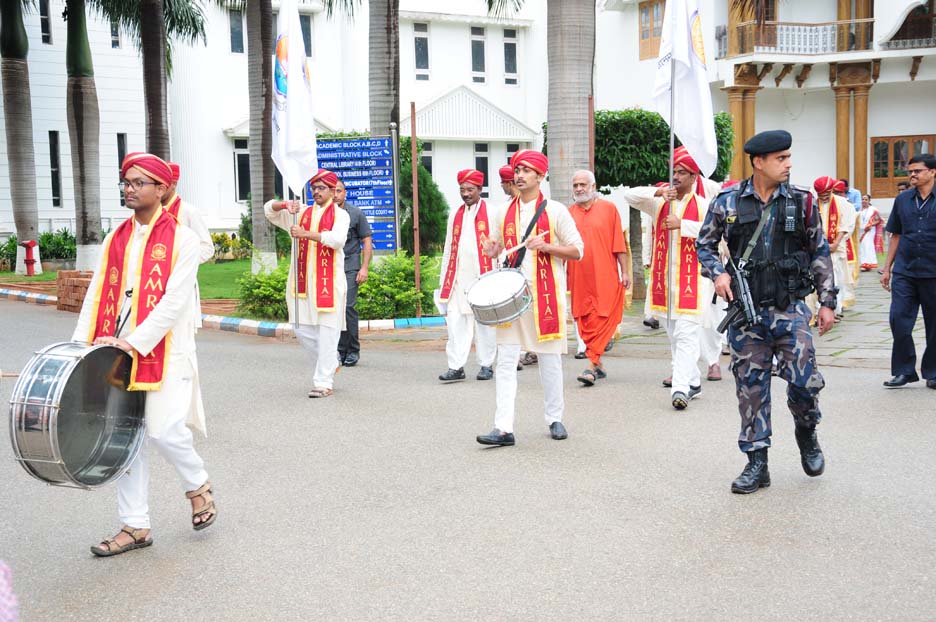 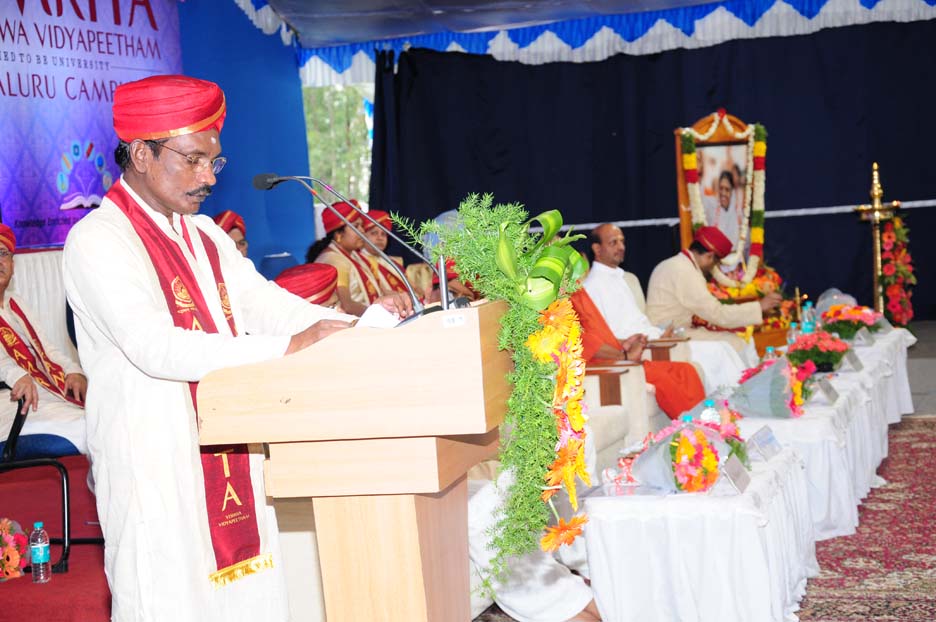 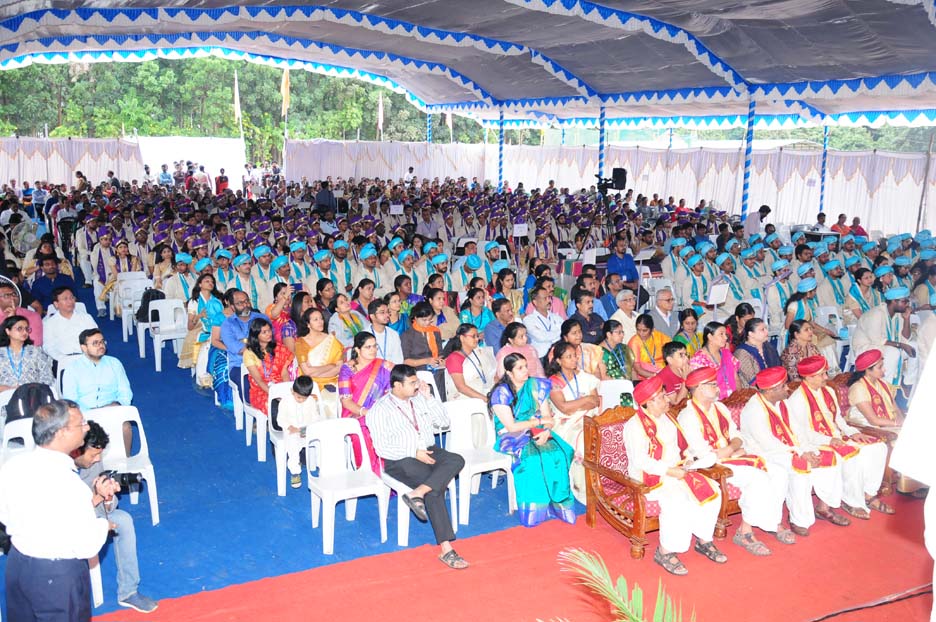 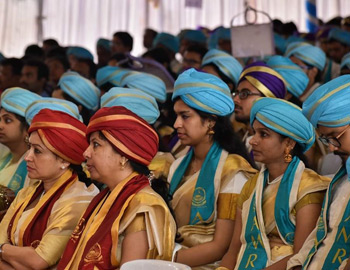 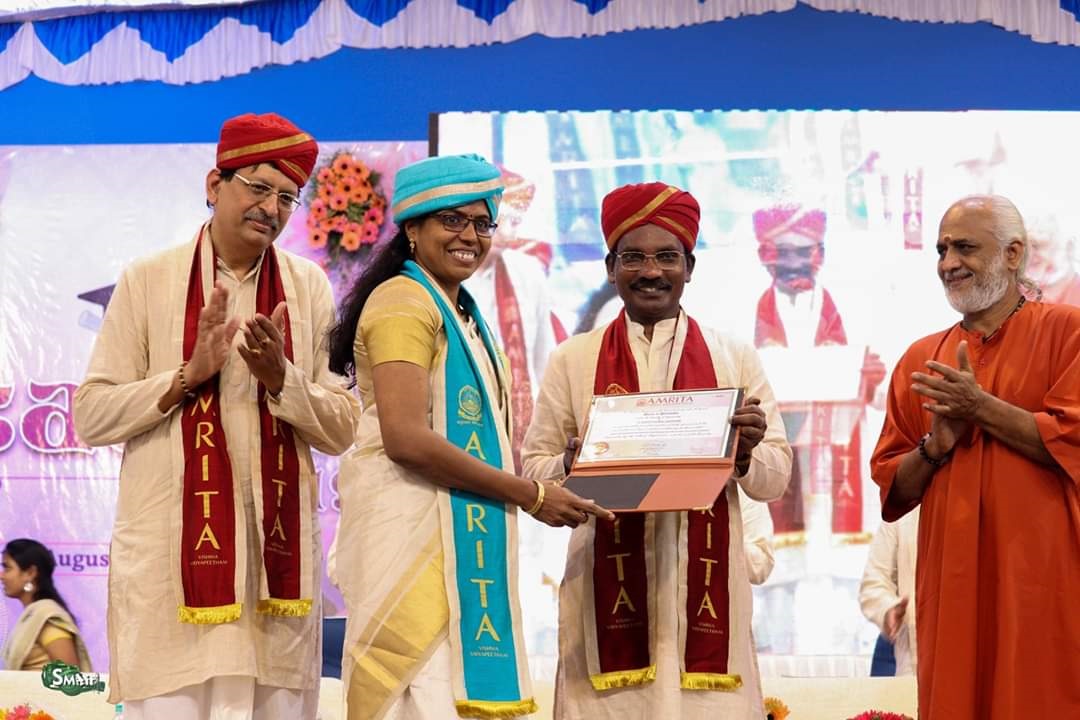 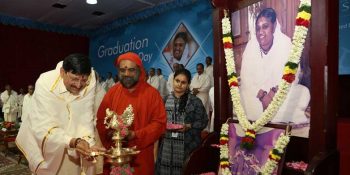 The 14th Graduation Day of Amrita Vishwa Vidyapeetham, Coimbatore, was held at the campus on 26th ... 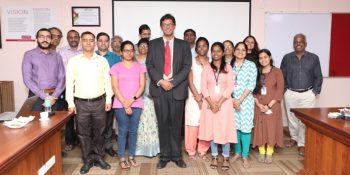 Amrita School of Business, Coimbatore Conducted a Talk on ‘The ... 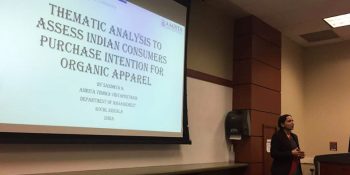