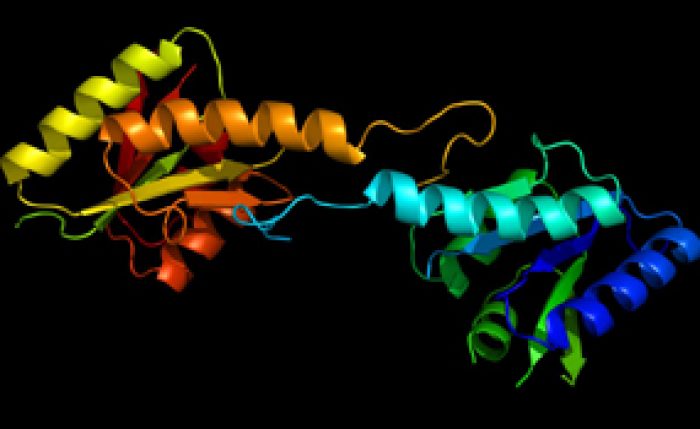 The Universal Stress Protein (USP) superfamily represents a growing set of small cytoplasmic proteins whose expression is affected by a wide variety of internal or external environmental stresses. These proteins are synthesized in response to growth inhibition caused by starvation for carbon, nitrogen, sulphate or phosphate, by osmotic shock, high pH, heat, or by heavy metals, oxidants, acids and antibiotics, mainly in the stationary phase of the growth of the organisms.USP superfamily is present in a wide variety of micro organisms including bacteria, Achaea, fungi, protozoa and plants. In the presence of these stressors, USP genes are upregulated resulting in large quantities of their subsequent proteins being produced throughout the cell.

Mycobacterium tuberculosis is a bacterial pathogen that can persist within an infected individual for extended periods of time without causing overt, clinical disease, in a state normally referred to as latent or chronic tuberculosis. Although the replicative state of the bacterium during this period is a matter of some conjecture, recent developments have indicated that the bacterium requires the regulated expression of a set of genes and metabolic pathways to maintain a persistent infection in an immune competent host. The characterization of these gene products and their role in bacterial metabolism and physiology is starting to provide insights into the mechanisms that M. tuberculosis has evolved to adopt its highly successful mode of pathogenicity.

As Mycobacterium tuberculosis is a pathogenic organism, we used Mycobacterium smegmatis, a non-pathogen, for our study. One of earlier studies has shown that a USP(MSMEG_3811) binds to cAMP, eventhough  USPs consists of ATP binding domains. As this protein was isolated from the stationary cultures of mycobacterium, it could be possible that this protein is responsible for the pathogenesis of the organism.

In the present study we found that the protein MSMEG_3811 is expressed all throughout the life cycle of the bacterium and also present when bacteria was given different stress conditions. Further we will be focusing on the role of this USP in the pathogenesis.

Studies on the Use of Bacterial Cell as Glucose Biosensor

Development of peptide inhibitors against functional components of snake venom; a new approach