The most awaited technical event of the year was set into motion by an astounding inauguration held at the auditorium. Dr. P. Shankar (Principal, School of Engineering, Amrita Vishwa Vidyapeetham, Chennai) boosted our energy with his motivating words. A few important points and the rules were highlighted by the club’s president, and it was all set for the event to be kick-started.

The three-day event began on May 6, 2022, with the hackathon at 7 PM. The themes were sustainability and social good. Next, the CTF started at 9 PM the same day. The participants were hooked to their screens solving challenges throughout the night. Refreshments were served regularly for everybody present and Dr. Sreedevi A. G. (Assistant Professor, Computer Science Engineering, School of Engineering, Amrita Vishwa Vidyapeetham, Chennai) made sure everything was organized in the best way possible. The event proved to be very fruitful with the contenders putting in their maximum efforts & trying as hard as they could to prove themselves.

The six-hour Machine Learning challenge began on May 7, 2022. The dataset given was based on agriculture which contained labeled images of 7 classes. Soon after the event ended for the participants, the presentations for the hackathon began. Mr. Karthik P. and Dr. Prasanna Kumar spent their precious time listening to and understanding the projects done by the participants.

To accolade the winners of the events for their dedication and triumph, a valedictory ceremony was held at the auditorium. Shri I. B. Manikantan (Campus Director, Amrita Vishwa Vidyapeetham, Chennai) and Dr. P. Shankar gave the winners a hearty congratulation for their achievements, while Sanjay T., the club’s president, declared the results. The astute use of tools like React JS, Google API, VSCode, PyTorch, etc. for their projects made the winners stand out from the other participants. The prize distribution concluded with a few words from all the winners who thanked their mentors, & friends filling the air with a sense of gratitude, satisfaction & happiness.

Under the sustainability theme, the first prize was won by Team Fantastic Four, a group of students from CYS 2nd year. They created an application called “V Share.” The second prize went to Team Dev-cafe, which consisted of students from the second year of CSE. They created the “Pollution Pedia” application, which is intended to control and avoid pollution (specifically air pollution). 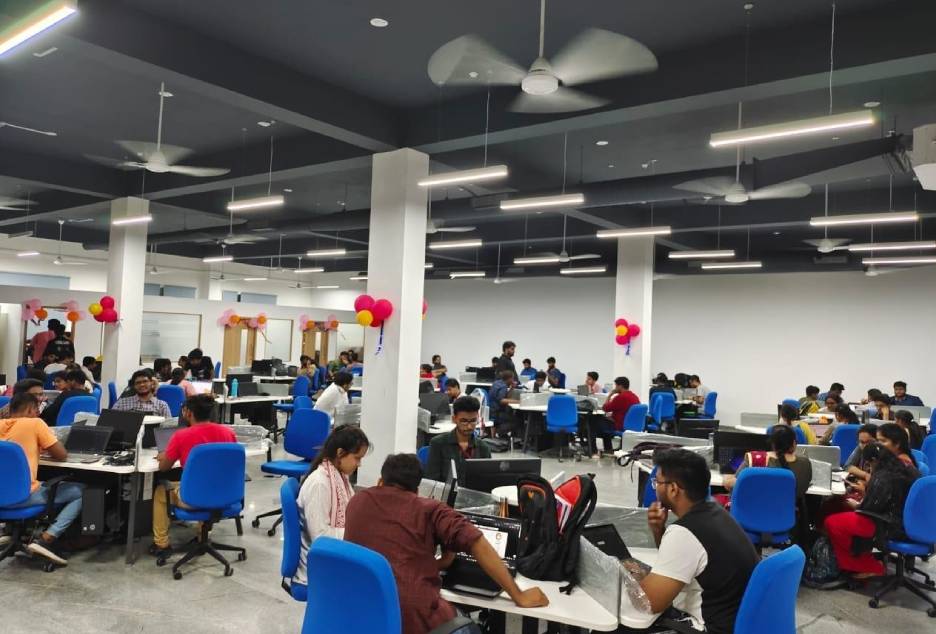 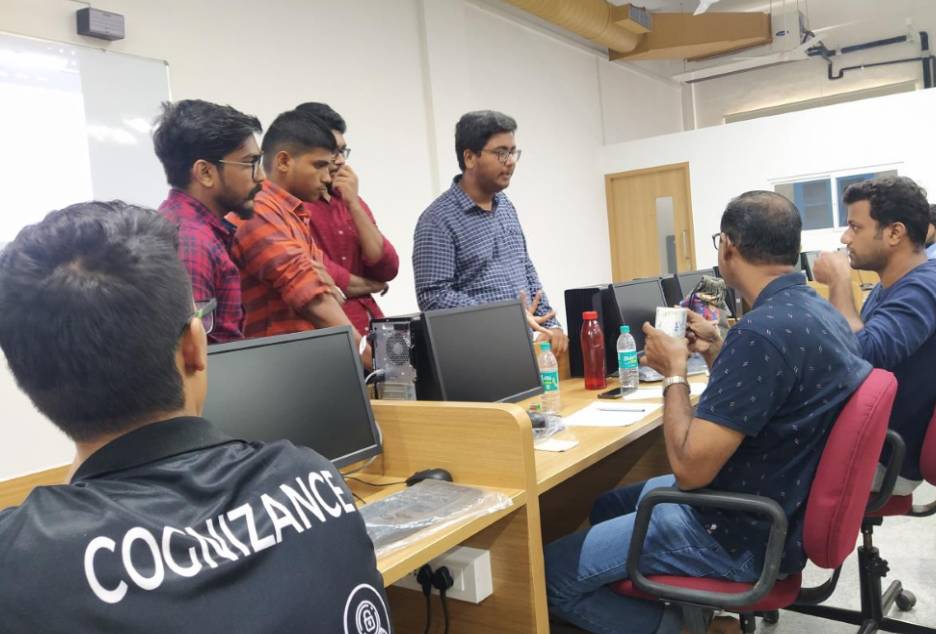 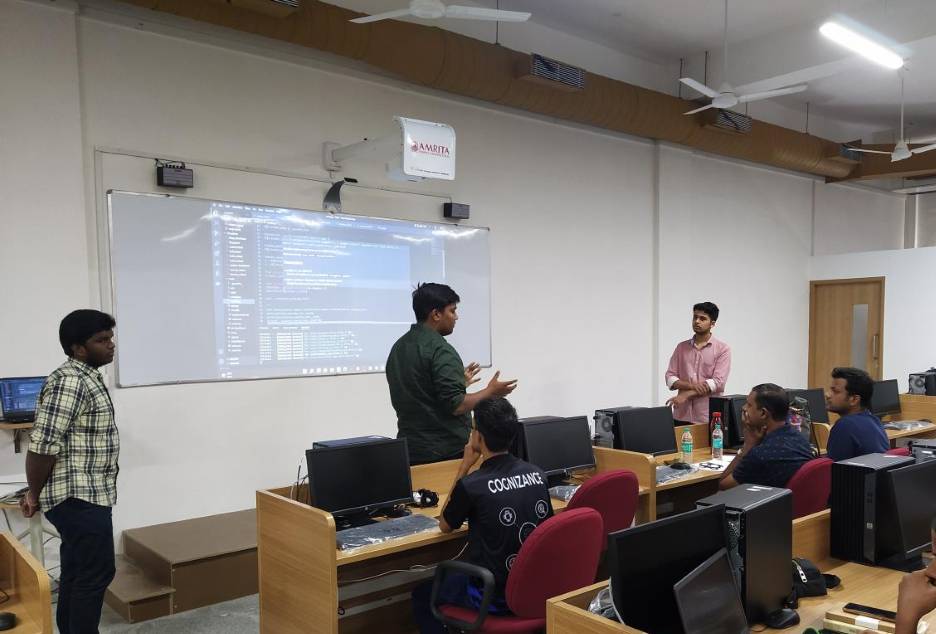 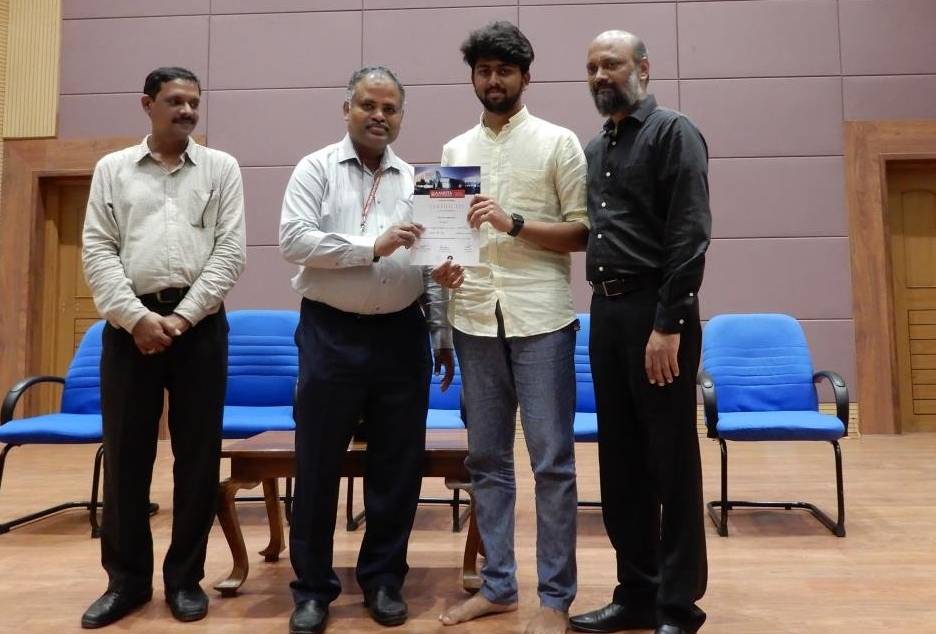 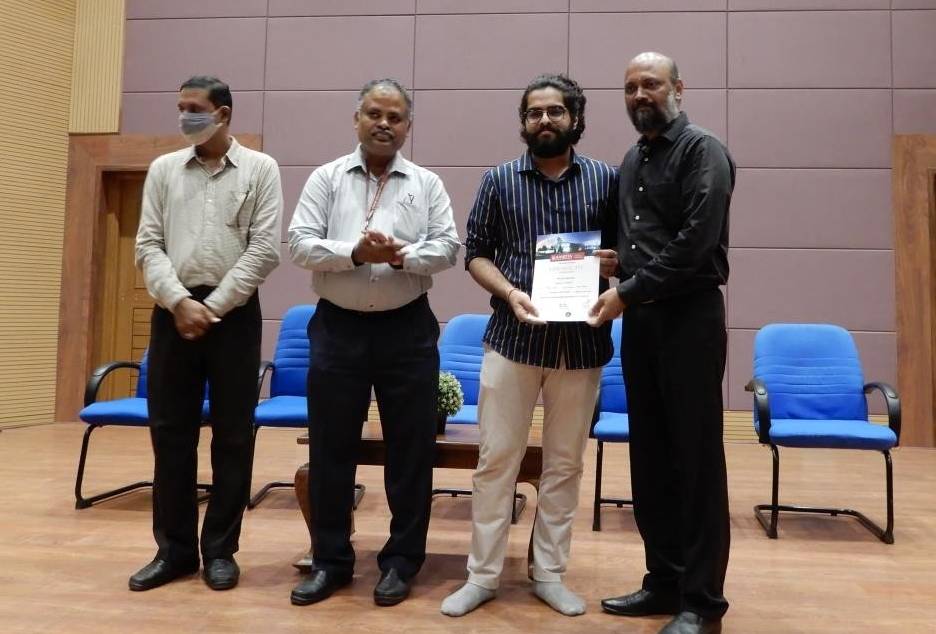