Amrita alumnus Sugeerth Murugesan has carved a place for himself in the field of neuroinformatics by developing an interactive software to study the hierarchical processes of brain activity. The software, Brain Modulyzer, allows researchers to visualize and explore brain activity while a subject is either performing tasks or at rest. The software could also help scientists understand how neurological diseases such as Alzheimer’s spread through the brain.

“The tool provides a novel framework of visualization and new interaction techniques that explore brain connectivity at various hierarchical levels. This method allows researchers to explore multipart observations that have not been looked at before,” said Sugeerth, a Ph.D. Candidate in the Computational Research Division at Lawrence Berkeley National Laboratory (LBNL) and the University of California, Davis.

Sugeerth, who co-led the development of the Brain Modulyzer at the Lawrence Berkeley National Laboratory with Berkeley Computer Scientist Gunther Weber, completed his B.Tech in Computer Science from Amrita’s Coimbatore campus in 2012. During his time at Amrita, he had the opportunity to investigate and research the current state of security algorithms for wireless sensor networks. Prof. Senthil Kumar and Sugeerth proposed new guidelines for other researchers to follow when designing complex security algorithms specifically for wireless sensor networks. “This gave me immense exposure to an entire world of research that I saw an opportunity to contribute to”, said Sugeerth.

Sugeerth first heard about UC Davis and its Global study program from his class representatives who explained how students could conduct research and be visiting scholars at the institution. Sugeerth’s interest was peaked. He contacted a staff member at the Amrita Center for International Programs and gathered all the necessary information as he was absolutely convinced he should apply. Subsequently, he had an interview with his department and was selected for the program.

“The experience at UC Davis while I was a part of the Global Study Program was eye-opening. I was fortunate to see and work with one of the world’s best research groups in data visualization and distributed computing. I approached Prof. Bernd Hamann (now my Ph.D. advisor for projects in the area of distributed computing and data visualization.  In the projects that I worked at UC Davis, I researched massive-scale visualization techniques that shed light into the inner-workings of one of the world’s fastest supercomputers at Lawrence Livermore National Lab. It was very satisfying working and visualizing the complex communication patterns in a supercomputer.”

Motivated by the innovative culture of UC Davis and the experience he had gained by working on various projects at the institution, Sugeerth decided to apply for the Ph.D. program, focusing on analysis techniques to better understand scientific datasets. Eventually, Sugeerth got the opportunity to be a Graduate Fellow at the Lawrence Berkeley National Lab. He is currently contributing to a multi-disciplinary team of neuroscientists and neurosurgeons working towards improving the analysis and visualization of complex neuroscientific datasets generated by multimodal imaging sensors and devices. His research involves contributing machine learning and visualization methods that allow researchers to better understand the brain. Sugeerth’s work on the Brain Modulyser was recently published online in IEEE/ACM Transactions on Computational Biology and Bioinformatics.

“It’s been around 4 years, and I will soon be graduating. My thesis title is Reading Your Own Brain: Dynamic Interactive Analysis of Neural Data – in other words – involving new computational techniques that allow us to know more about our brain”, he said.

While Sugeerth has become an epitome of academic achievement, he has not forgotten his roots and is extremely thankful to have started his research career during his B.Tech. “Amrita played a huge role in helping me reach where I am today. Courses like Parallel and Distributed Computing, Computer Graphics, Soft-Computing, Security Engineering, and Software Engineering helped me explore different avenues of research in Computer Science.”

Reminiscing about his time at Amrita, Sugeerth said he specifically liked the spiritual ambiance, campus life, and the classes he took at Ettimadai as he found it to be a spiritual place to learn and think about Computer Science. He also has several fond memories such as going out with his classmates on weekends to the city, having dinner in the mess hall, playing soccer and cricket, and participating in festivals such as Gokulashtami and Anokha.

As for any Amrita student who is currently reading this article and wondering how he or she can apply for a study abroad program and get involved in research, Sugeerth gives the following sound advice. “While exploring different opportunities, it is very important that you know what you want out of the program like research interests, employability skills, and /or new exposure to different teaching methods. I would even suggest writing a cover letter to be submitted to Amrita when applying for these programs. This will help you to be clear as to what you really want out of the program and how you apply this to what you want to do after the program.”

Sugeerth is quick to follow-up his advice to Amrita students by mentioning all the people who supported and nurtured him on his path to success. “I would like to thank all my advisors, mentors, and teachers from India and the United States that helped me learn and provide me further opportunities – Prof. Bernd Hamann (UC Davis), Assoc. Adj. Prof. Gunther Weber (UC Davis & LBNL), Prof. Senthil Kumar, Sujatha Madam and Dr. Maneesha from the Center for International Programs, Jacob Hosier (UC Davis), Prof. P. N. Kumar, Prof. Jeyakumar, Prof. Vidhya Balasubramanian, Prof. Anantha Narayanan, and Prof. Arun Kumar. Last but not least, I would also like to thank Vishak Muthukumar and Mihnathul Munthaha – my friends from Amrita and at UC Davis who played an indispensable part of my experience in the U.S. I am also indebted to my roommates in the second year of my B.Tech – Sadhvikas Addamane and Varun Gutta. Sadhvikas is currently a Ph.D. Candidate at UNM working on crystals and came to UNM through a similar program from Amrita.”

After completing his Ph.D., Sugeerth plans to scale-up his research. “There already is a lot of interest from neuroscience to make my methods more easily available to them. My goal is to make such methods more accessible to the general public and generalize them for social networks, transportation networks, and biological networks.”

Aside from engaging in computational research, Sugeerth can also be found writing blogs, developing visualization techniques, and conducting statistical analysis on social issues in his spare time. 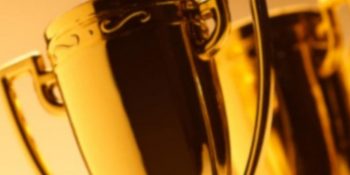 Amrita Winner of Computer Society of India Innovation Award 2014 for ...

The Barrel is Almost Empty 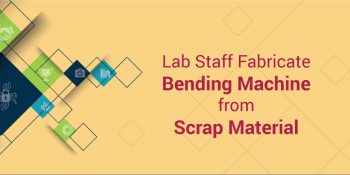