IndiaSkills Competition is organized by the National Skill Development Corporation (NSDC), an apex skill development organization, working under the aegis of the Ministry of Skill Development and Entrepreneurship (MSDE). NSDC has been leading India’s participation in the WorldSkills International competitions since 2011. In the last edition of WorldSkills International 2019 held in Kazan, Russia, India won one gold and silver medal each, two bronze medals, and 15 Medallions of Excellence, ranking 13 among 63 countries that participated in the global event for skill appreciation. The country’s biggest skill competition is designed to demonstrate the highest standards of skilling and offers a platform to young people to showcase their talent at national and international levels. IndiaSkills Competition is held every two years with the support of state governments and industry. With 30 states and Union Territories (UTs) participating in 54 skills, including seven new-age ones, in 2021, IndiaSkills Competition has the potential to reach the grassroots level and make an impact.

India Skill South Regionals 2021 was a two-day competition with Game Development using Vanilla JavaScript as the task for the first day. Game design as a png created using photoshop/illustrator needs to be completed in the first 1:30hrs and the rest of 4:30 hrs need to be utilized to implement the game logic and design. The second day comprised of website design and development using the popular CMS framework, WordPress. This module was of 5 hours divided into 2:30 hrs for design and 2:30 hrs for development. Blankslate is given as the template theme to build the custom theme. Along with custom themes, custom plugins need to be developed for ease of management. The lack of internet access and the time limitation make the competition challenging to complete.

The winners of the south regionals will be given a series of training by NSDC to prepare them for the nationals. The national-level competition is expected to be conducted in the second week of January 2022. 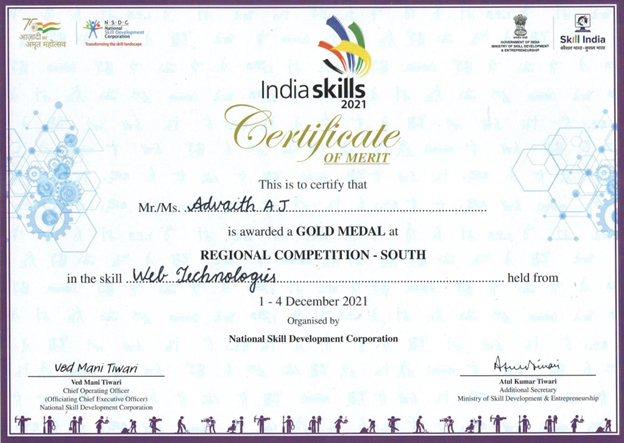 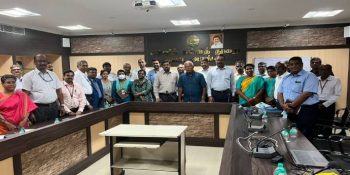 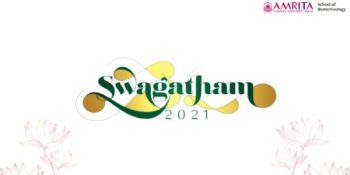 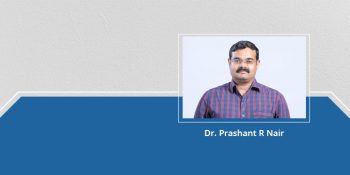