Amrita School of Biotechnology celebrated its annual sports meet on 7th March 2014 . The day unfolded with the march past competition among the respective batches including S2 B.Sc., S4 B.Sc., S6 B.Sc. and M.Sc. The competition was followed by lighting of the torch by student representatives from each batch. The torch was handed over by the Dean, Dr. Bipin Nair to Abhijith who passed it along to Jeswin followed by Vimal Keerthi and finally Vishnu who ignited the cauldron. The lighting of the lamp was done by Dr. Bipin Nair followed by the prayer. Dr. Bipin Nair then addressed the gathering expressing his happiness and stating that this was the best turn out for the march past from the last 10 years. He also conveyed his appreciation to the M.Sc. students for participating in the event, in spite of their busy schedules. After the event was declared open the chief guest Dr. Walter Schrenk hoisted the flag followed by the oath taking ceremony by the captains of the each batch led by Vimal Keerthi. Archana Nath then gave the vote of thanks and the march past results were disclosed with the first position to S4 B.Sc., second position  to S2 M.Sc., third position to S2 B.Sc. and fourth position to S6 B.Sc.

The event commenced with 1500mtr race followed by 100mtr, 200mtr, 400mtr and long jump. There was active participation from students. The afternoon session began with a cricket match between faculty members and the students cricket team. The match was very exciting and thrilling to watch. The faculty members chose to bat after the coin toss and  but the students team did an excellent job and  won the match hands down. The day ended with 4X 100m relay. The events of the following day, 8th March, started with even more zest and passion when compared with the previous  day. The first event was 100m, 200m, finals for girls followed by 800m. Another exciting event, exclusively slotted for the faculty members was“Bombing in the City. It was immensely enjoyable to watch the faculty members participating with great fervour and enthusiasm. Medley Relay, Shotput, Discus Throw, Javelin Throw and Hammer Throw  were the other fun events of the day.

The afternoon session kicked off with the famous football match between faculty members and students. It was a wonderful experience to watch the entire faculty – all so agile and active on the ground. The student’s team tried their level best to win but the faculty team won the Football trophy for the second successive year.  .

The final results were declared with S2 M.Sc. in the first position, S4 B.Sc. in the second position and S2 B.Sc. in the third position. The events concluded with the national anthem completing yet another fun-filled annual sports meet of the School of Biotechnology. 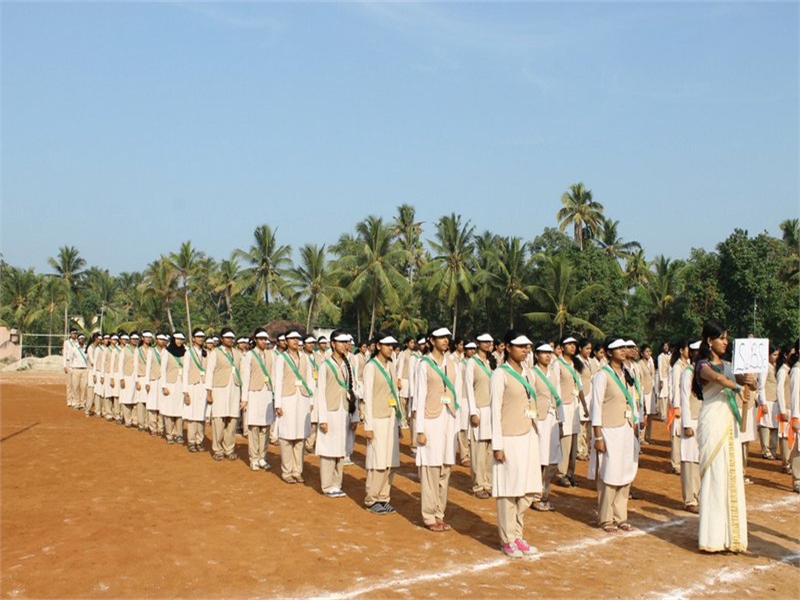 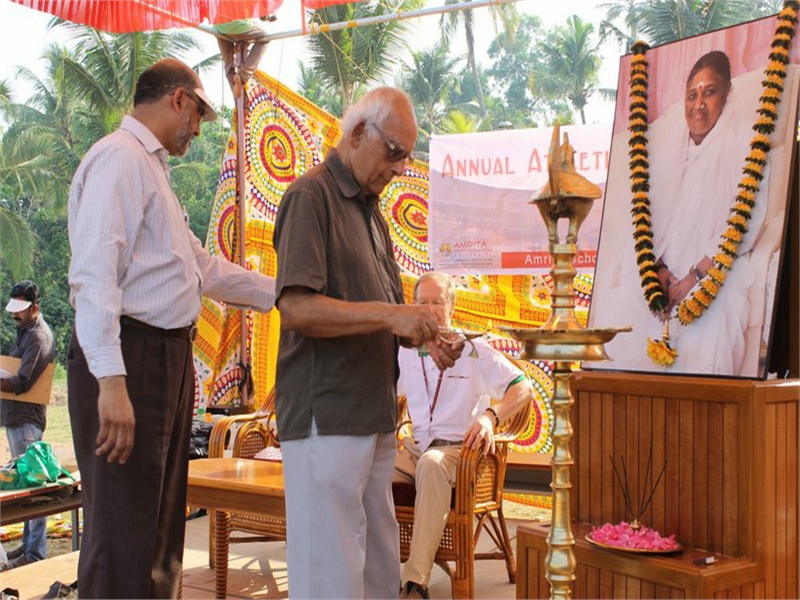 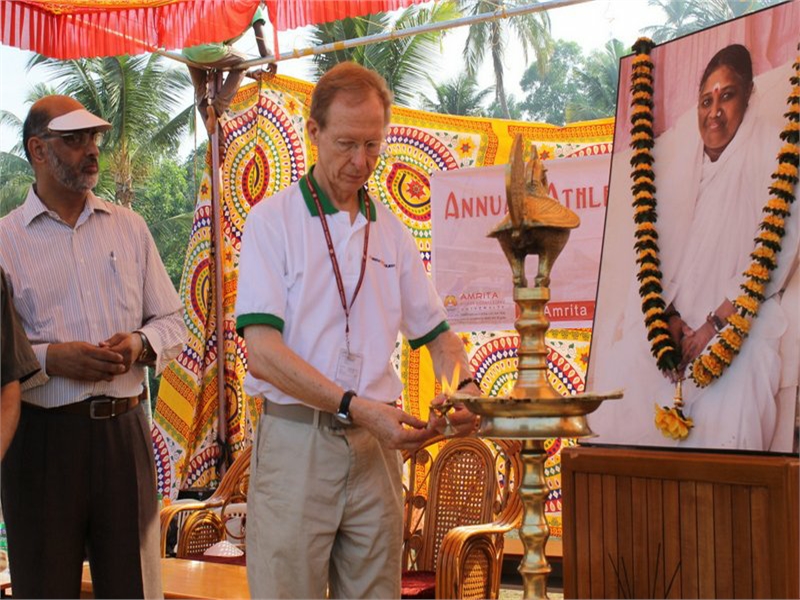 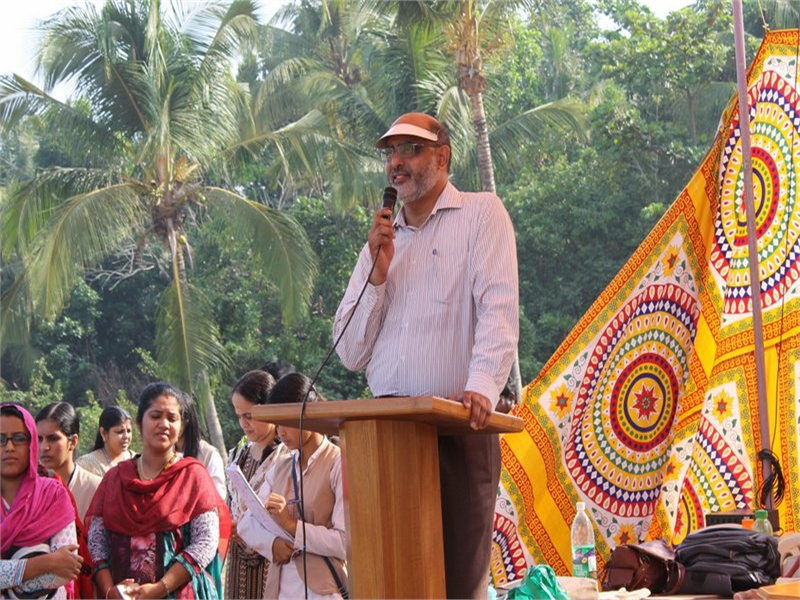 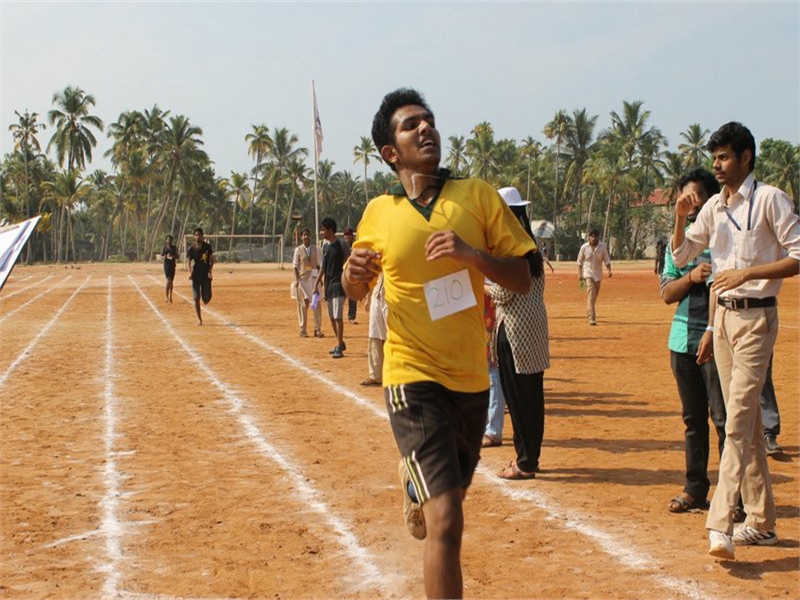 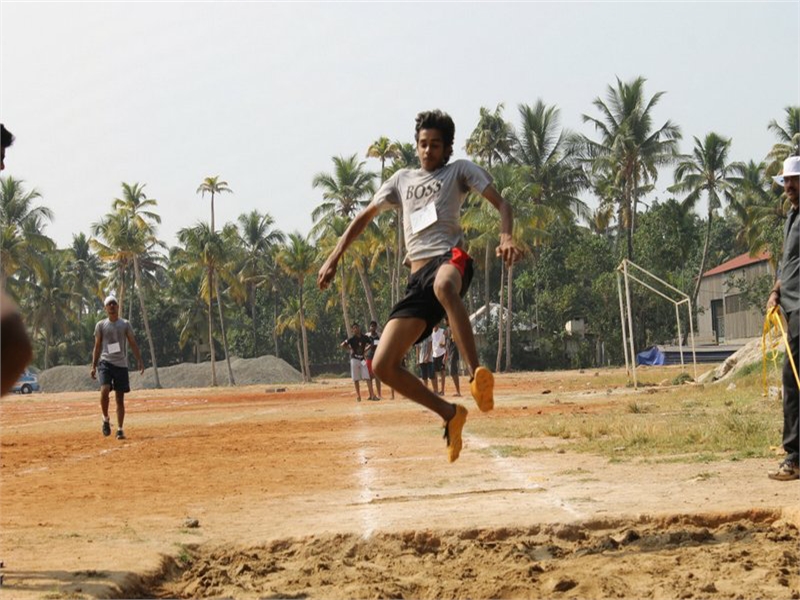 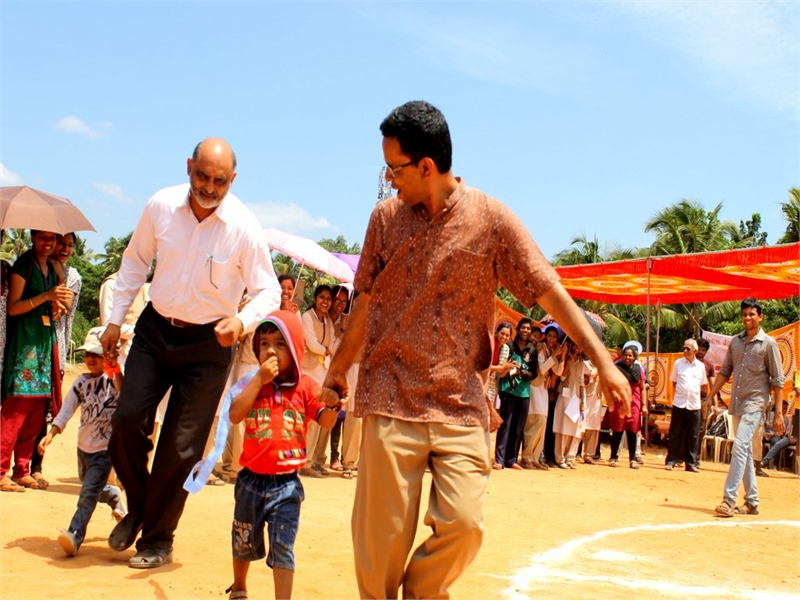 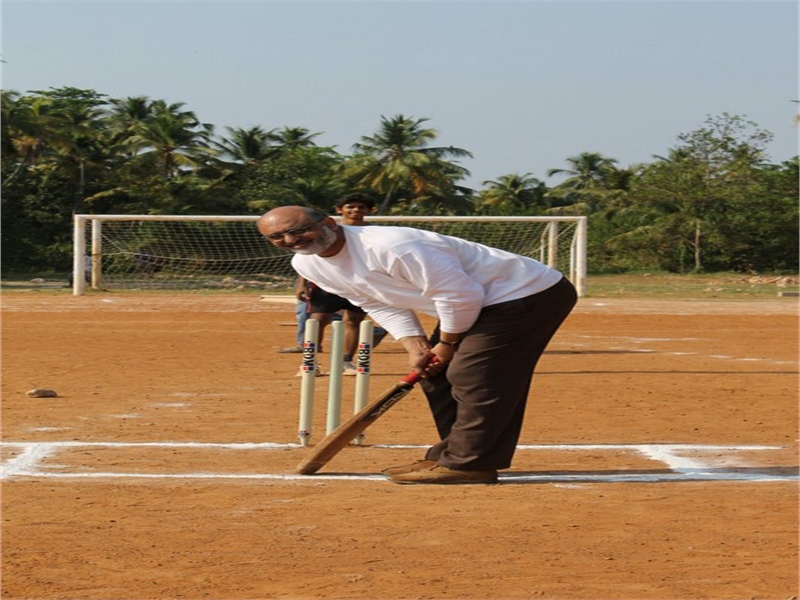 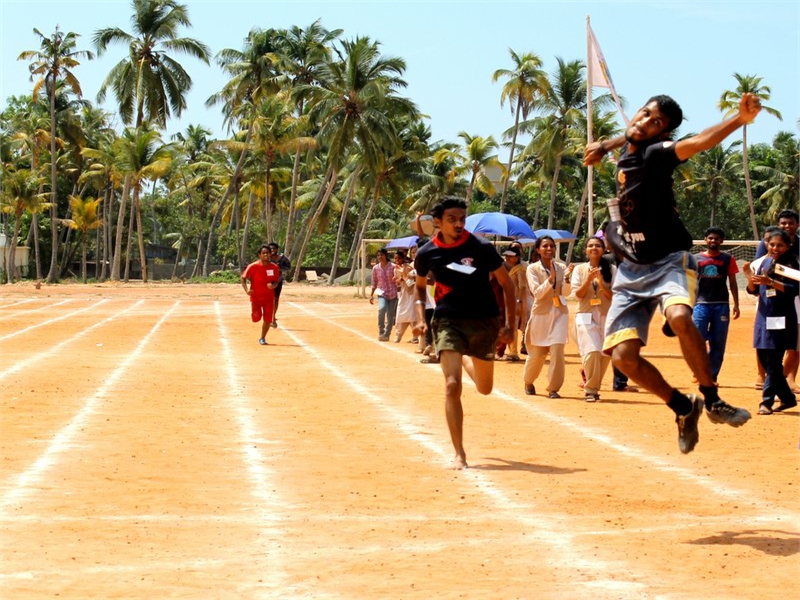 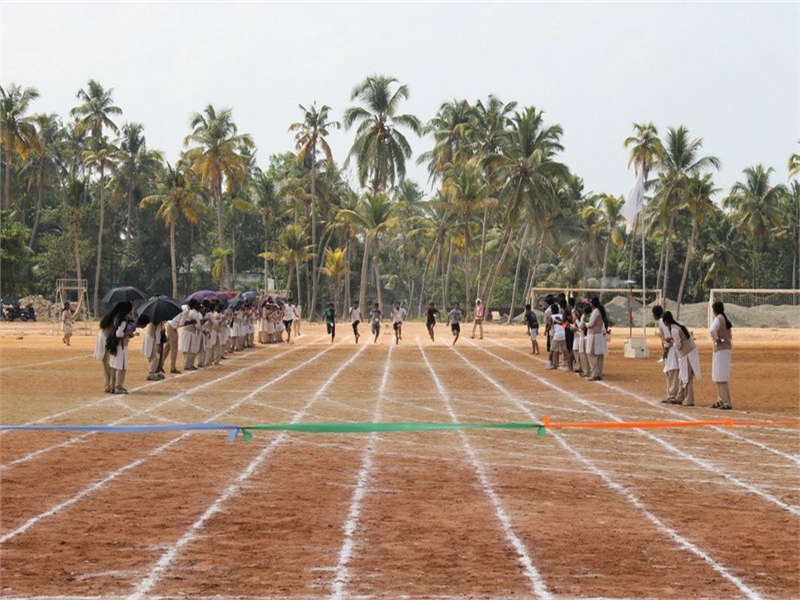 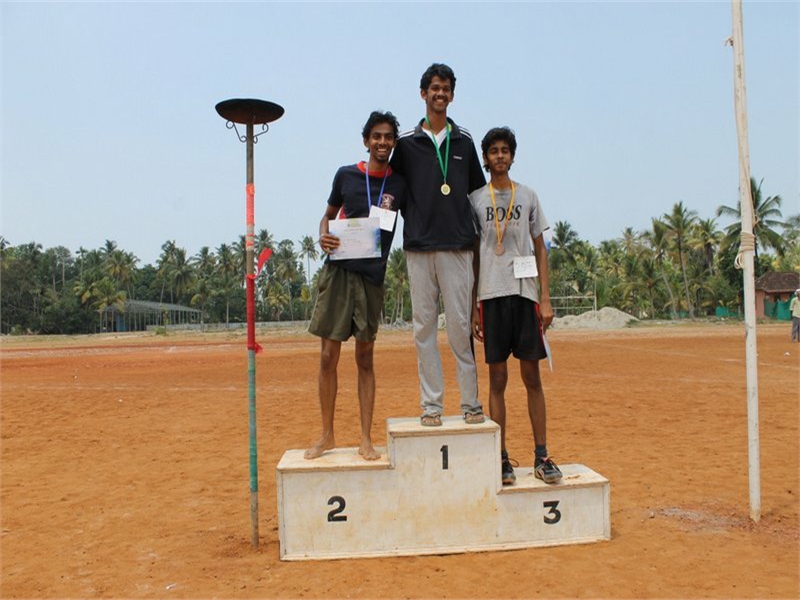 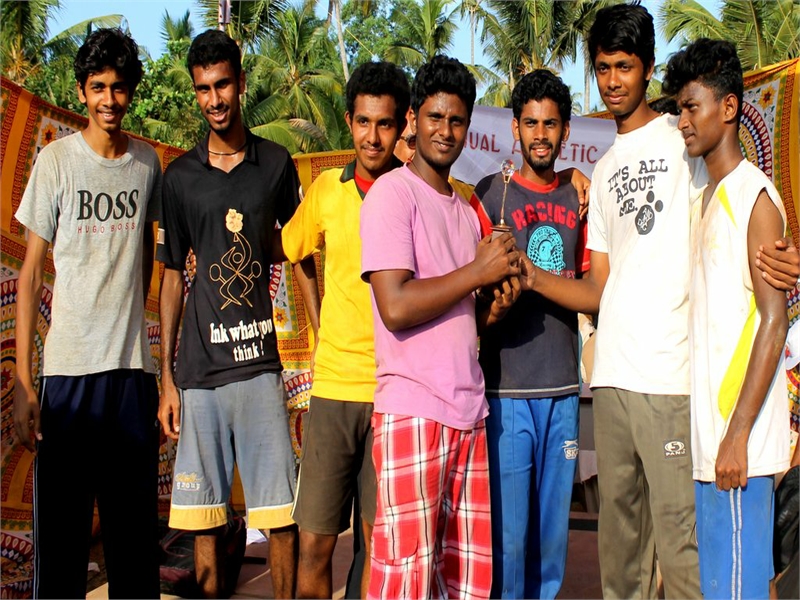 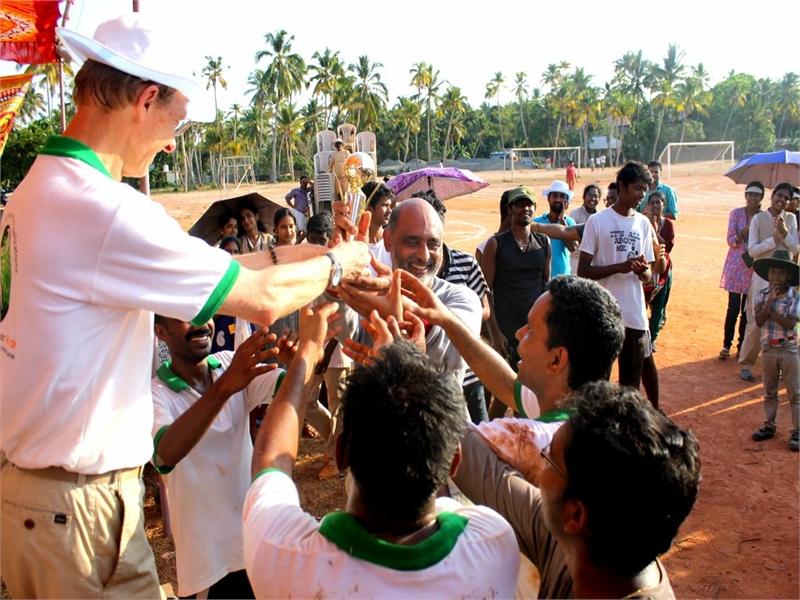 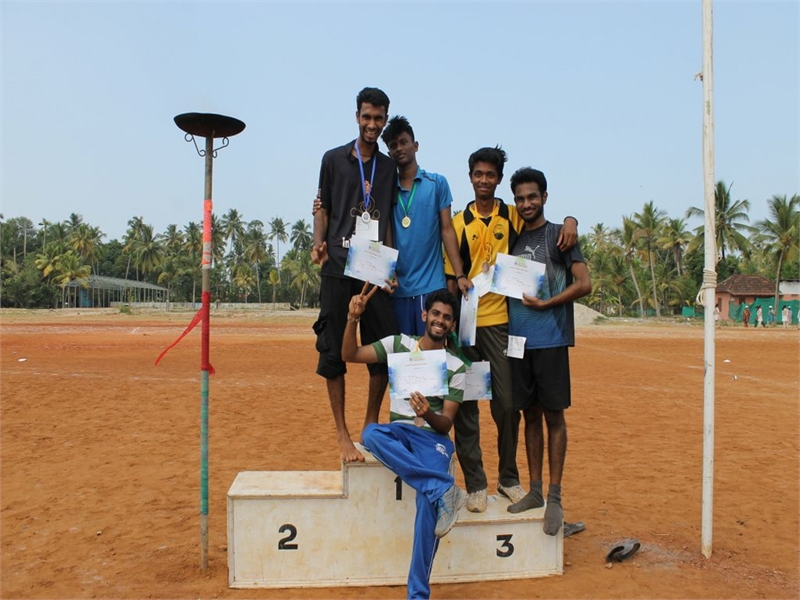