The dedication of the Center of Excellence in Organ Transplantation and the felicitation of Hand Transplant team & donors were held at the Amrita Institute of Medical Sciences on September 8, 2015. Dr. Harsh Vardhan, Hon’ble Union Minister for Ministry of Science & Technology and Earth Sciences, Sri. V. S. Sivakumar, Hon’ble Minister for Health, Family Welfare and Devaswom, Govt. of Kerala; renowned actor Padmasree Bharat Mohanlal graced the occasion.

Dr. Sanjeev K. Singh, Medical Superintendent, Amrita Institute of Medical Sciences presented the facilities available and the activities of the Center of Excellence in Organ Transplantation. The head consultants who helped to build the Center were also felicitated. A webpage dedicated for the center was switched on by Dr. Noble Gracious, the Nodal Officer of Kerala Network for Organ Sharing (KNOS). Dr. Subramania Iyer, Professor and Head of the Department of Plastic and Reconstructive Surgery/Head and Neck Oncology talked about the experience of the two hand transplantations carried out for the first time in South Asia. The entire hand transplant team was felicitated. The felicitation of the organ donor families of Binoy and Joseph, who were the first hand donors of the country, was led by Malayalam Cine Actor Mohanlal.

Dr. Harsh Vardhan stated that the function was one of the most inspiring events he had ever attended. He said that the meeting exemplified the contribution of everyone in the society to make organ donation drive a success. He wished that one day we would be as efficient as countries like Spain in providing deceased-organ donation program. He mentioned about the “National Organ and Tissue Transplant Organization (NOTTO)- a national level organization, which has been initiated by the Central Government to act as an apex center for All India activities of coordination and networking for procurement and distribution of organs and tissues and registry of organs and tissue donation and transplantation in the country. He complimented the hand transplant team of Amrita Institute of Medical Sciences for bringing laurel to the country.

Sri. V. S. Sivakumar expressed his gratitude to Amrita Institute of Medical Sciences for pioneering organ transplantations in the state. He hoped that the air ambulance will materialize very soon to facilitate transport of organs. Later, the gathering listened to a video message from the Chief Minister of Kerala, Shri. Oommen Chandy.

Sri. Mohanlal in his speech emphasized the divinity in the act of organ donation. He said that he was always been a part of Amrita family and was very happy to be associated with the organ donation movement.

Swami Purnamritananda Puri in his benedictory address said that human body is a gift of God and should be utilized to serve others even after death. Dr. Prem Nair, Medical Director, Amrita Institute of Medical Sciences and Dr. S. Sudhindran, Professor and Lead Consultant of the Liver Transplantation Program, Amrita Institute of Medical Sciences also spoke on the occasion.

The first transplantation was done at the Amrita Institute of Medical Sciences on September 04, 2001 and was that of a kidney procured from a live donor. Since then the transplant services of the institution have pioneered a large number procedures in the state, as well as the country, becoming one of the largest centers in India carrying out these procedures. The Center has a much experience in liver and kidney transplants and also has carried out heart, small intestine and pancreas transplants. The first and second hand transplants in India were successfully carried out in 2015.

This Center of Excellence has a well organized transplant social worker network and has been involved in implementing the policies of the Kerala Network for Organ Sharing from its inception. The institution has led the state in deceased organ procurement and has been involved in the training of other teams from around the state. The immunology department has pioneered HLA matching in the state and has been practicing state of art methods in this. The Center of Excellence has initiated steps to start basic science research related to immunosuppression in composite tissue transplants suitable to our country. 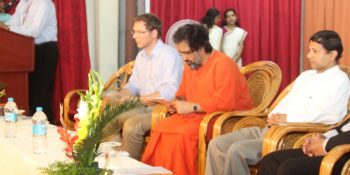 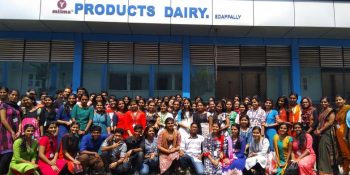 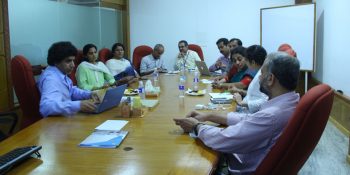 Dr. Millind Pimprikar, founder and chairman of CANEUS (Canada, Europe, US), an international ...