Recent successes of a small group of cybersecurity enthusiasts at Amrita seem to have awakened much interest in the subject, motivating many students and faculty to learn more about the fascinating world of computer hacking.

Recent national-level workshops at the Schools of Arts and Sciences in Kochi and Mysore encouraged participants to delve deep into the many faceted security considerations of the cyber world.

Ethical hackers are highly sought professionals who can help organizations understand and manage the risk with storing increasing amounts of data online.

.In addition to learning about popular modes of cyber attack and techniques to counter them, delegates understood how to build secure systems. They received toolkits and certificates before the workshop came to a close.

Meanwhile, at the Mysore campus, during April 7-8, five hundred participants, including students and faculty from about thirty colleges in and around Mysore city, attended a two-day educational workshop on cyber security and cloud computing.

The first day of the workshop covered concepts of cloud computing and its relevance and impact on various fields. The second day’s activities centered around cyber security.

“Cryptography is an area which offers many opportunities for research work,” he said.

He also provided a glimpse of possible changes that cloud computing could bring about in business models currently in practice.

“The sessions were very informative and we learned about many new and upcoming technologies,” stated first-year MCA student, Sherly Chancpa.

Added Nandini, another first-year MCA student, “The workshop was interactive and relevant examples by the speakers made it very useful and understandable.”

May 2, 2011
Schools of Arts and Sciences, Kochi and Mysore 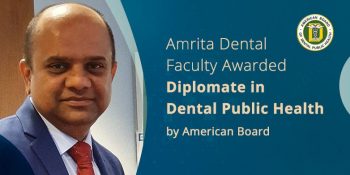 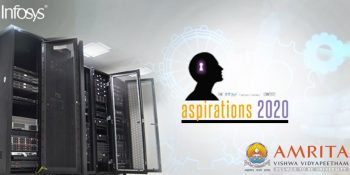 For the second year in a row, Amrita Vishwa Vidyapeetham hosted the programming contest Aspirations ...