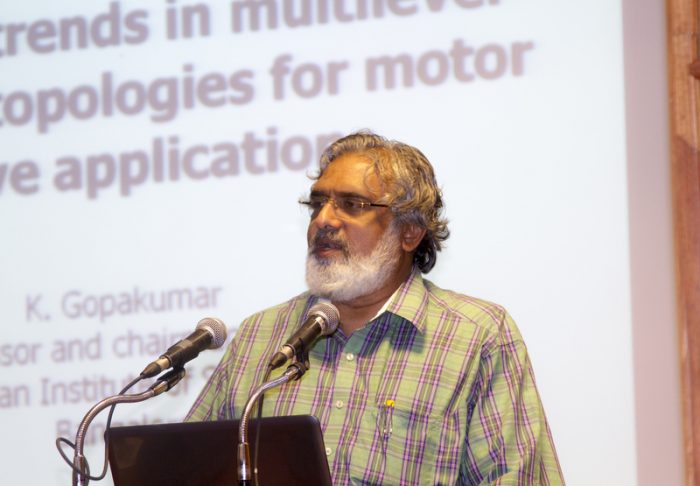 Experts speaking at the National Conference on Technological Advancements in Power and Energy (TAP Energy) during July 4 – 6, 2013, emphasized the role that conservation will have to play alongside technological advancements to find solutions and tackle the world-wide energy crisis we all face today.

“One unit of energy saved by the consumer pre-empts the need to add thrice the amount of fresh capacity. Further, such savings through efficient use of energy can be achieved at less than one-fifth of the cost of fresh capacity creation,” he stated.

“Energy inefficiency has exacerbated climate change. The complex web of systems that allow life to thrive on earth is becoming altered. Rainfall, wind patterns, ocean currents and the distribution of plant and animal species are all in disarray. That is why energy conservation is of prime important,” he emphasized.

“As far as Kerala is concerned, domestic energy conservation makes sense. 48% of the electricity is consumed by the domestic sector and during peak hours – 6.30 – 10 pm. We encourage demand side management either by switching off unwanted lights, fans, motors, and heaters or by introducing energy efficient equipment,” he pointed out.

“Every year, the Kerala State Electricity Board adds nearly 5 lakh additional consumers, especially domestic consumers. If we take an average of 1 kW in each home, it would translate to additional capacity of 500 MW. But this is not reflecting in our system, mainly because of energy efficiency improvement,” he added.

Other speakers called for a shift in modes of transport from roads towards railways for freight, and promoting use of public transport in cities, and a shift to inland water transport to reduce total energy use.

“New technologies like IGCC (Integrated Gasification Combined Cycle) and energy efficient use of gas plants through facilitating distributed generation in CHP (Combined Heat and Power) made by developing network of gas pipe lines may be encouraged,” suggested one speaker.

Other speakers pointed out the operational problems in a utility under scarce power scenarios. “Economic productivity is more closely tied to energy efficiency than energy production,” they stated.

“The conference was very well organized and the sessions were very informative, encouraging new dimensions of thought,” gushed Showndharya M., MTech student from the Amrita School of Engineering, Coimbatore, who attended.