Among neglected tropical diseases, lymphatic filariasis remains dominant due to its disabling and disfiguring manifestations. One of the disturbing features of this disease is that the majority of the diseased are in their advanced old age and are the poorest of the poor. The social and psychological stigma attached to the disease is second to none. The worst-hit area of this disease in India is in Kerala with the epicentre being Cherthala, Alappuzha District, and has afflicted this area for centuries.

Hundreds of patients with grotesque elephantoid legs are still a common sight in Cherthala. Though interruption of transmission has been achieved through mass drug administration under the Global Elimination Program for Lymphatic Filariasis by 1990, morbidity management and disability prevention have not attracted adequate attention from all concerned. In this context, Indian Network for Neglected Tropical Diseases (INTD), an Amrita initiative, launched a morbidity management, disability prevention and rehabilitation programme, with the support of some philanthropists, during September-November 2019.  It could be first of its kind in India and perhaps globally.

The project was framed in a palliative care model at the patients’ doorsteps. Foot care and hygiene formed the foundation of this program. The patients were provided with a medical kit containing medicated soaps, towels, essential drugs and crepe bandages.  The majority of the patients were not in the habit of wearing footwear due to the nonavailability of suitable sizes and shapes for their feet. This necessitated designing customized MCR footwear which was provided free of cost. Having shoes allowed them to move around freely with dignity as well as preventing frequent foot infections. Wearing footwear was a first time experience for many.

An innovative dimension of the project was to help the diseased become independent by engaging them in income-generating activity. They were provided with seed money to initiate income-generating projects. They were then able to engage in varied income-generating activities such as cattle rearing, poultry farming, tailoring, vending, etc.  A neighborhood cooperative movement formed by the beneficiaries helped them to support each other and move forward. The Royal Society of Tropical Medicine, UK, became enthused with this novel project and has supported it by studying the improvement in the beneficiaries’ quality of life with this vocational rehabilitation program. 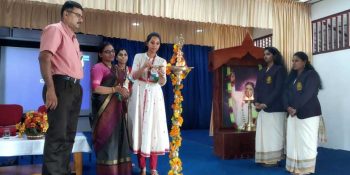 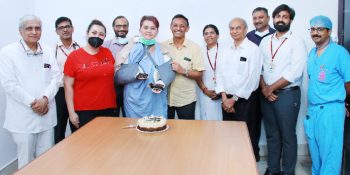 Gulnora (45), an Uzbekistan citizen who underwent hand transplant surgery at Amrita Hospital in ... 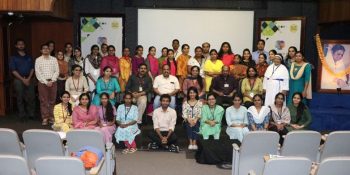 A two-day workshop on Cognitive Behaviour Therapy for Psychosis, Depression & Anxiety was ...