Predicting the Tiger Population in India


Did you know that half the tiger population of the world lives in India? Over the years, we have hunted and killed tigers for their skins and body parts, which fetch huge sums of money in the international market.

In 1975, buying and selling of tiger parts was banned by the Convention on International Trade in Endangered Species.

Tigers are today also facing extinction due to habitat loss, leading to prey loss, from the large-scale clearing of forests.

Many Indian efforts are now ongoing to protect this endangered species. Project Tiger was initiated nearly four decades ago to maintain a stable population of tigers in their natural habitats.

Specially constituted tiger reserves in forty different forest areas in India were established to help with this goal.

A 2011 census survey that included tigers from all the over the country found the total tiger population in India to be 1,706.

“Use of such simulators can help generate awareness and provide opportunities for activity-oriented research,” he added. “These can help complete the learning experience for a student taking a course on population ecology.” Not only students taking courses, such simulation techniques can be of use to mathematicians, biotechnologists, wildlife institute personnel and many other cross-disciplinary scientists.

Explaining the limitations of the model, he added, “Certain factors such as food, transient movement and ecosystem details were not taken into consideration; nevertheless, forecasted tiger population information was consistent with the actual data of earlier years.”

A paper based on this work, titled Taking Project Tiger to the Classroom: A Virtual Lab Case Study was accepted for presentation at the International Conference on Advances in Computing and Communications to be organized in Kochi during July 22-24, 2011.

Conference proceedings will be published by Springer in Communications in Computer and Information Science Series (CCIS), ISSN: 1865:0929.

“Newer studies for analyzing fish populations and deer populations are being developed as part of an ongoing process,” the authors explained. “Such data will be made available as a virtual lab for continued use and study.”

“We have noticed that the learning of undergraduate and postgraduate students is enhanced, when trained on virtual labs, instead of just being exposed to the theoretical aspects. In this case, they gained an increased awareness in the use and understanding of population data.” 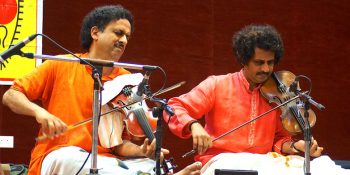 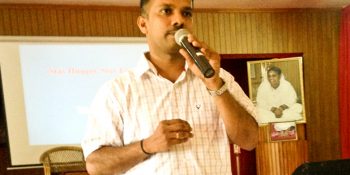 Talk on Metabolic Basis of Retinal Capillary Degeneration in Diabetes ...

Amrita School of Biotechnology kicked off it’s seminar series for this semester with a great talk ... 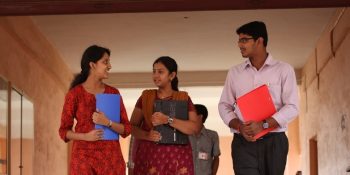