HomeNewsVidyut 2020: A Multi-Fest Dedicated to Knowledge, Technology and Entertainment
Navigation

Vidyut 2020: A Multi-Fest Dedicated to Knowledge, Technology and Entertainment

The students of Amrita Vishwa Vidyapeetham, Amritapuri Campus hosted a national level intercollegiate multi fest ‘Vidyut’ from January 31 to February 1, 2020. With a huge participation of 10000+ students from several colleges all across the state, the event was a grand one. Shri. S. Sunil Kumar (Deputy Director of Liquid Propulsion System Centre) inaugurated the ninth edition of Vidyut 2020 on January 30, 2020. Vidyut aimed to turn the world into a better, inclusive and harmonious place for all living beings and nature because the future depends on this integration. So, the theme chosen for this year was ‘Heal the World’.

Four students from the Amritapuri Campus, namely Alna, Sruthi, Sukrithi and Aswini Palav, were selected for the BioScience Competition to be held at IIT Bombay from the Drug Design and Discovery workshop. The event also witnessed the participation of the Institute of Electrical and Electronics Engineers, FTII, Pune and Facebook Developer Circles.

Vidyut 2020’s ‘Auto Expo’ featured an awe-inspiring display of automotive technology ranging from the yesteryears to the latest releases. The event offered an opportunity to discover and experience the innovations of the motor industry by bringing together tradition, modification and true passion. The expo highlights included 6-7 supercars, 20 superbikes, 20 modified cars and 8 vintages. The creations from some of the most renowned manufactures of the automotive world such as Lamborghini Huracan LP 610, Supra, Porsche 911 Carrera, Mustang GT, Porsche Boxster, JaguarF- Type V8, Jeep Wrangler (JK), etc., were exhibited.

Shyni Rajkumar who is known as the ‘Bullet Queen of Kerala’ came as the Chief Guest on behalf of the ‘Auto Expo’. She shared her experiences with the audience. There was also a bike rally on the last day. ‘Valmakry’ and ‘They Call me Venom’ – two anonymous influencers who spread awareness on the helmet were the Chief Guests.

2015 students and 61 faculty members arrived from around 30+ schools from all over India and they paid their visit to the demonstration of ‘Spectra’ and the other exhibits. The fest encouraged students to put forth their best and learn from each other, even while competing.

The fest covered more than 35 interesting competitions such as ‘Battle Bots V.20’,‘Googling in Salts’, ‘Molecular Murals’, ‘Online Photography Competition’, ‘Murder Solving’,’Entreprende’, ‘Saatvik’, ‘Student of the Year’, ‘Dodge the Wall Street’, ‘Code It’ and many more. The winners were rewarded with prizes worth 15 lakhs.

The evening of the very first day was filled with two spectacular shows as part of the Revel Proshow. Arjun Guru, a famous mentalist, made everyone awestruck. He showed the audience that his performance was solely a tribute to Vidyut. It was followed by the power-packed performance of renowned music band AGAM. Their modern classical compositions mesmerized the crowd. This was the second live show by the band on the campus after 2014.

Students from various colleges all over the state participated in the ‘Choreonite’ held on the second day eve. A team from NSS Palakkad won the first prize worth 60k. Team B-Boys won second and Team St. Teresa’s won the third prize worth 25k and 15k respectively.

The fest wrapped up with a rousing stage show by Sunburn Campus which was led by DJ Siana Catherine Rodriguez, a young sensational artist known for her genre mashup. Shiladitya Bose, who goes by the moniker of DJ Mr. Bose, an EDM producer and DJ Ricky Brown accompanied her.

Vidyut facilitated a great experience to the young minds, inspiring them to contribute creatively to integrate knowledge and talent. 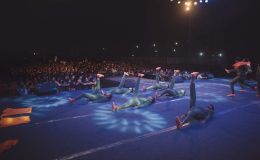 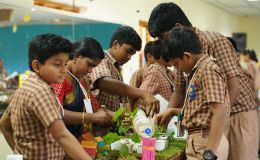 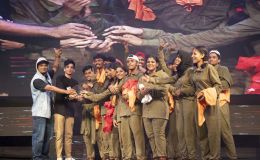 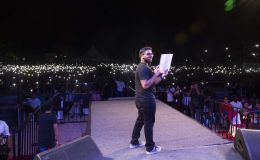 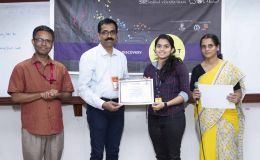 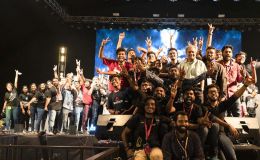