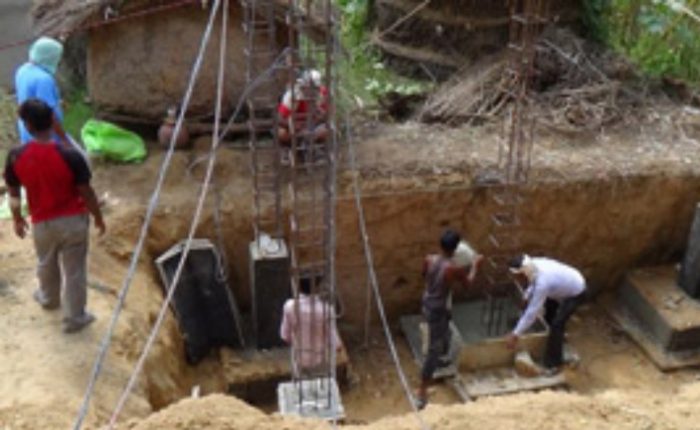 Amrita Partners: Faculty, staff, and students from the Center for Wireless Networks & Applications, the Department of Civil Engineering, the Amrita Center for International Programs, and Amrita Self Reliant Villages (ASeRve)

Identified Challenge & Aim: For many villagers in India, collecting and carrying water is part of their daily routine. However, villagers often have to walk several kilometers to collect water necessary for themselves and their families, sometimes walking several times a day. Many villagers, especially women, collect and carry between 200 and 500 liters of water per day for their families and cattle.

Recognizing the hardship of the villagers, faculty, staff, and students from the Amrita Center for Wireless Networks and Applications, the Department of Civil Engineering, the Amrita Center for International Programs, and Amrita Self Reliant Villages (ASeRve) worked together to build a water distribution system for more effective water use and management.

The Study/Innovation: The team conducted semi-structured interviews to understand social, cultural, economic, political, environmental, and technological factors and features in the village. They also went around the village and made a resource map which gave the team a clear picture of the sustainable resources available in the village and helped them understand the quantity of the resources available. The team and villagers then had several group discussions and meetings resulting in a modular design for a water distribution system. The system was designed in a way so that water is distributed through a pipe system with an additional 5 taps conveniently placed in public areas. The pipe system connects to two overhead Sintex water tanks that stores 5,000 liters of water each. To lay down the pipes, two trenches were dug. The team manually dug a trench 55 meters long and 3 feet deep. The other trench, 1,050 meters long, was dug by an earth moving JCB machine and was manually leveled to approximately 4 feet deep. Clocking in over 14,000 hours, the team, along with the villagers installed a piping network, 70 taps, and two 5,000 liter water tanks. Water is now easily accessible to all 65 homes.

Development of Methodologies for Detection of Digital Contents Plagiarism

Rural Healthcare for Diabetes and Tuberculosis

Cortical Activations among Musicians and Non-Musicians for Indian Raga