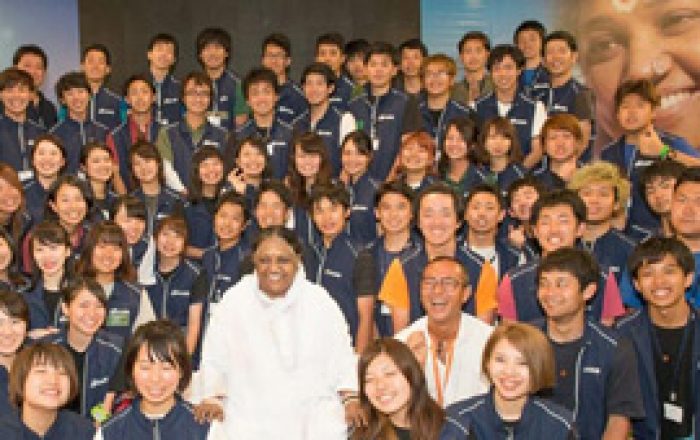 Identified Challenge & Aim: According to WaterAid India, approximately 76 million people in the country lack access to clean drinking water and more than 60,000 children, especially under the age of 5 years, die each year from poor sanitation and diarrheal diseases caused by drinking contaminated water. Causes of water contamination also vary. High population density, chemical farming, overuse of fertilizers, the presence of minerals in the coastal beds, and run-off from factory waste provide limited access to clean drinking water. Other obstacles are distance and cost. Many villagers have to walk several kilometers to access clean water and in some villages, residents are forced to spend money to buy clean water.

The Study/Innovation: The Jivamritam water filtration system was conceptualized, designed, and initially tested by faculty members and students of Amrita. Led by a multidisciplinary team at Amrita, the Japanese students received training)to fabricate and assemble water filtration systems which were designed according to the local needs of the people, and, subsequently, installed the systems in 36 villages spanning 11 panchayats in the district of Alappuzha. The installed systems were then handed over to the respective village committees and will be sustained for operation and maintenance through the participation of village beneficiaries.

Studies on Binding of Probiotic Strains to Host Extracellular Matrix Protein, Gelatin and Analysis of its Stability with Different Substrates