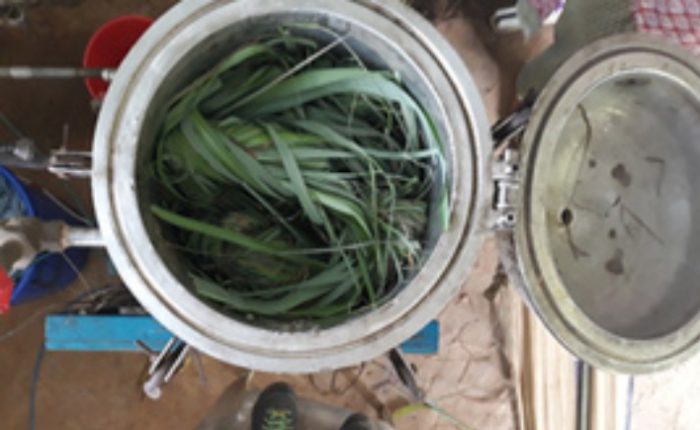 The village of Mothakara is home to the abundant and naturally available lemongrass plant. There was an age-old tradition of distilling the plant to produce a valuable multi-purpose oil and selling it as a method of generating income. However, villagers could only assist in the distillation process and were never able to own distillation units themselves due to the high cost. The units were owned by wealthier businessmen, which restricted the amount of income villagers could earn. For additional income, villagers took up cutting and selling lemongrass and wood.

Guided by Dr. Ragula, students from TU Delft and Amrita conducted a field survey to identify locally available resources, including sources of renewable energy, with a goal of designing and building a low-cost and sustainable distillation unit for villagers.

After several meetings with villagers and group discussions among themselves, the team proposed to set up a solar thermal-based steam distillation unit to distill oil from the lemongrass plant. After consulting with villagers about the proposed idea, the team designed and deployed a prototype solar-powered steam distillation unit at a mutually agreed upon plot of land in the village.