Adhvaya 2012 at Amrita School of Pharmacy

Adhvaya 2012, the Arts Festival of the Amrita School of Pharmacy organized by third-year students of BPharm and PharmD concluded on October 16, 2012 at the Health Sciences campus.

“Participating in arts festivals and other cultural activities like this prepares you to face life. They give you a lot of confidence,” he stated, addressing the students.

“All art forms are expressions of the divinity inside us. A good art form, whether it may be dance, music or painting, when performed or exhibited, brings happiness to the viewers’ and listeners’ hearts. We should grow and nourish our talents, thereby invoking the divinity inside each of us,” he said.

Dr. Shantikumar Nair, Dean of Research, Amrita Vishwa Vidyapeetham, also spoke at the valedictory. He emphasized that participation in arts festivals helps one realize and bring out one’s potential.

“These festivals are not only needed to make us perform well on stage but also very much needed to perform well in academics, to be a good student, to be successful in life and to translate what you learn to the field,” Dr. Shantikumar said.

The competitive events of Adhvaya 2012 were conducted in two parts viz. the off-stage and the on-stage events. The off-stage events commenced on October 03, 2012. These mainly included story writing, essay writing and poetry writing both in English and Malayalam, extempore, elocution and debate. Students explored their artistic skills through pencil drawing, water coloring, oil painting and face painting.

Ms. Minu Mathew and Mr. Aravind Shiva, both of 2010 batch of BPharm, won the Kalathilakam and Kalapratibha titles of Adhvaya 2012 respectively. 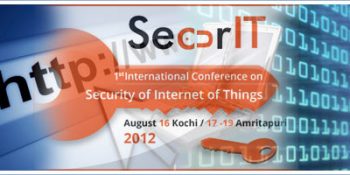 "I consider this conference not only an Amrita milestone, but a national milestone. I expect that ...

With the aim to make Kannadi a special grade, 100 percent e-literacy, panchayat, a corresponding ... 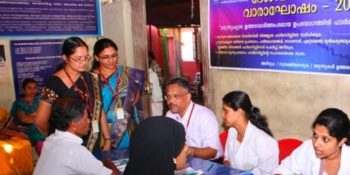 National Pharmacy Week is being celebrated every year in the last week of November to create ...