In 2010, the Indian government said a firm no to Bt brinjal, a genetically modified vegetable supposedly more resistant to attack from pests and disease.

Recently, the Chinese government placed a multi-year ban on commercial farming of genetically modified rice and wheat. There must have been a good reason.

It is now increasingly being accepted that genetically engineered crops cause serious harm to the environment and people’s health.

Carrying this grim yet crucial message to the public, student members of Amrita Sanjeevani from the Amritapuri campus will present a street play during the mega clean-up being planned at Sabarimala this weekend.

The play will highlight not only the issue of genetically modified crops but also deforestation and of course, indiscriminate dumping of waste.
Award winning short-film maker Marrat L.T., second-year MSc student, has written and directed the play.

“I have stolen nature’s trees.”

“I have killed these rivers by taking away the soil in them.”

“I have built flats on these fields.”

“I have captured human minds by filling greed in them.”

With these opening lines, four actor students will confess how their actions are slowly destroying Mother Earth. Bhoomi Devi will appear asking, “Can’t you see? These greedy ones have turned green areas into dry deserts.”

Two farmers working in their fields will be lured by a Monsanto marketer to replace natural seeds with genetically modified seeds. Greed will cause farmers to fall prey to this evil proposition.

After facing much hardship, the farmers will repent and finally pledge, “We no longer want any poison-filled artificial seeds. We will save our coming generations from this danger. We will retain the original essence and culture of true farming.”

Students from the Schools of Engineering, Biotechnology and Arts & Sciences will poignantly portray more issues related to environmental protection, finally emphasizing the positive message of the Amala Bharatam Campaign.

The play was performed earlier in Chinnakada, Ramankullankara, Chavara and Karunagappally during the cycle rally organized on the day prior to Chancellor Amma’s birthday celebrations. 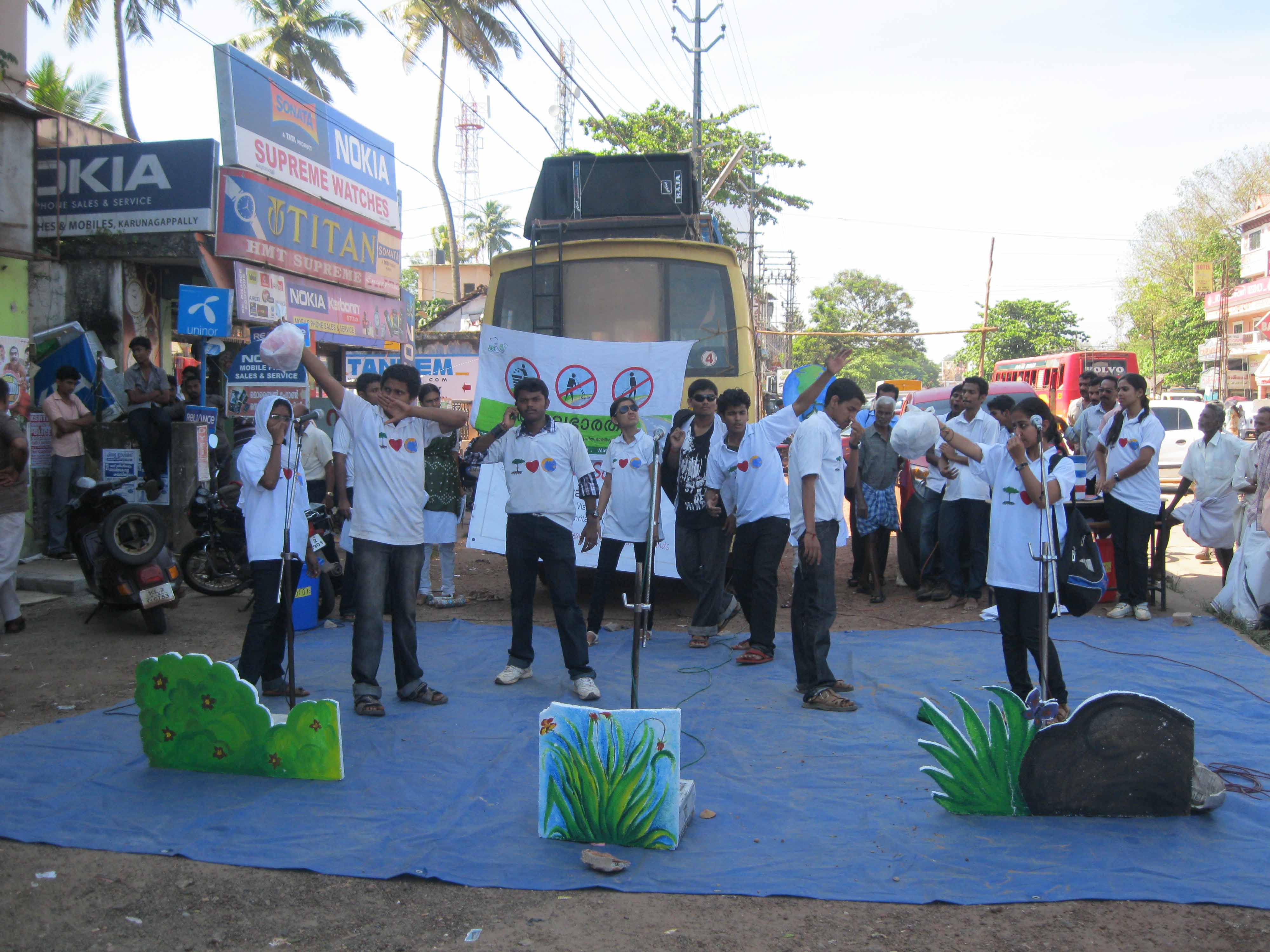 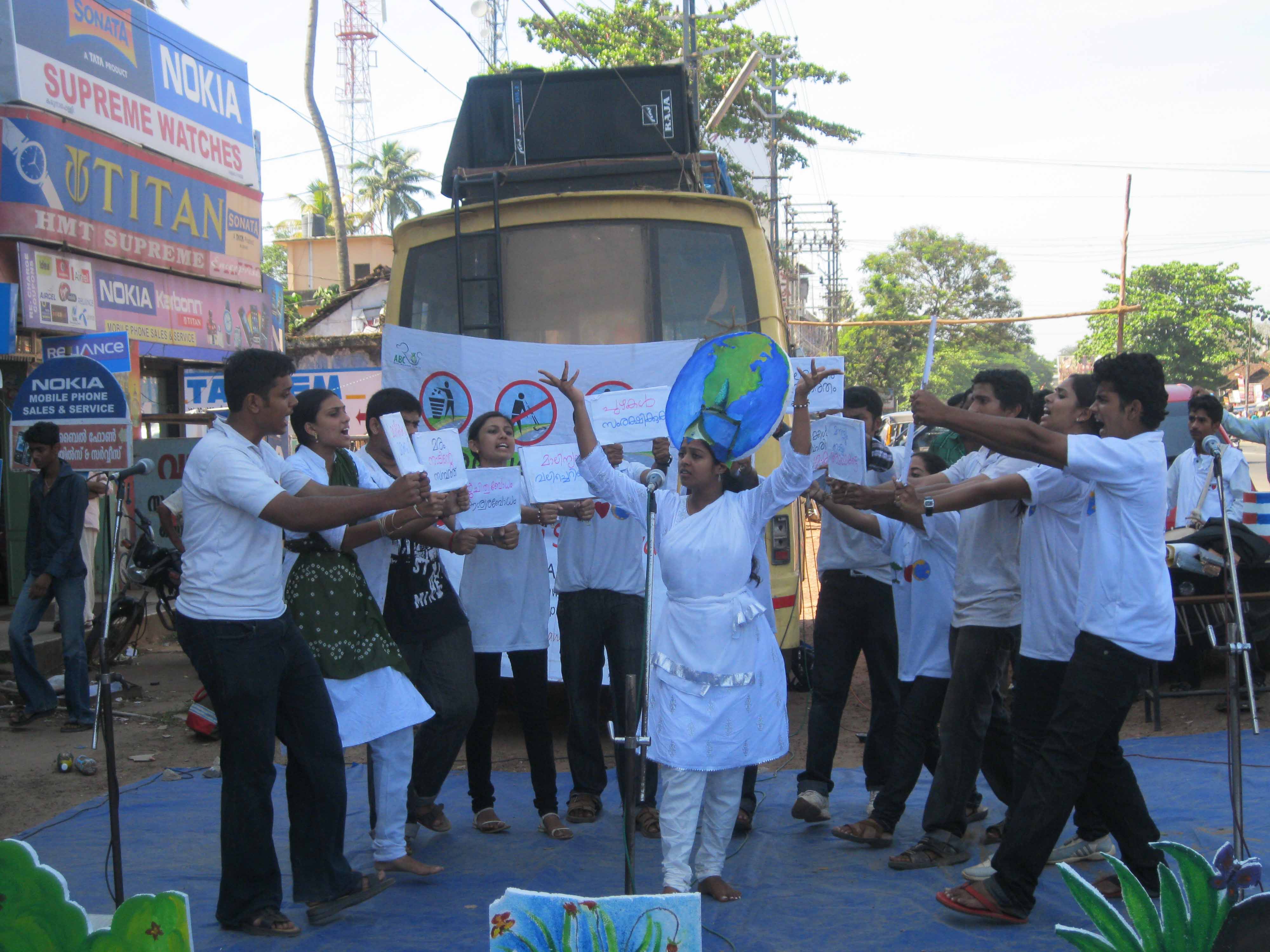 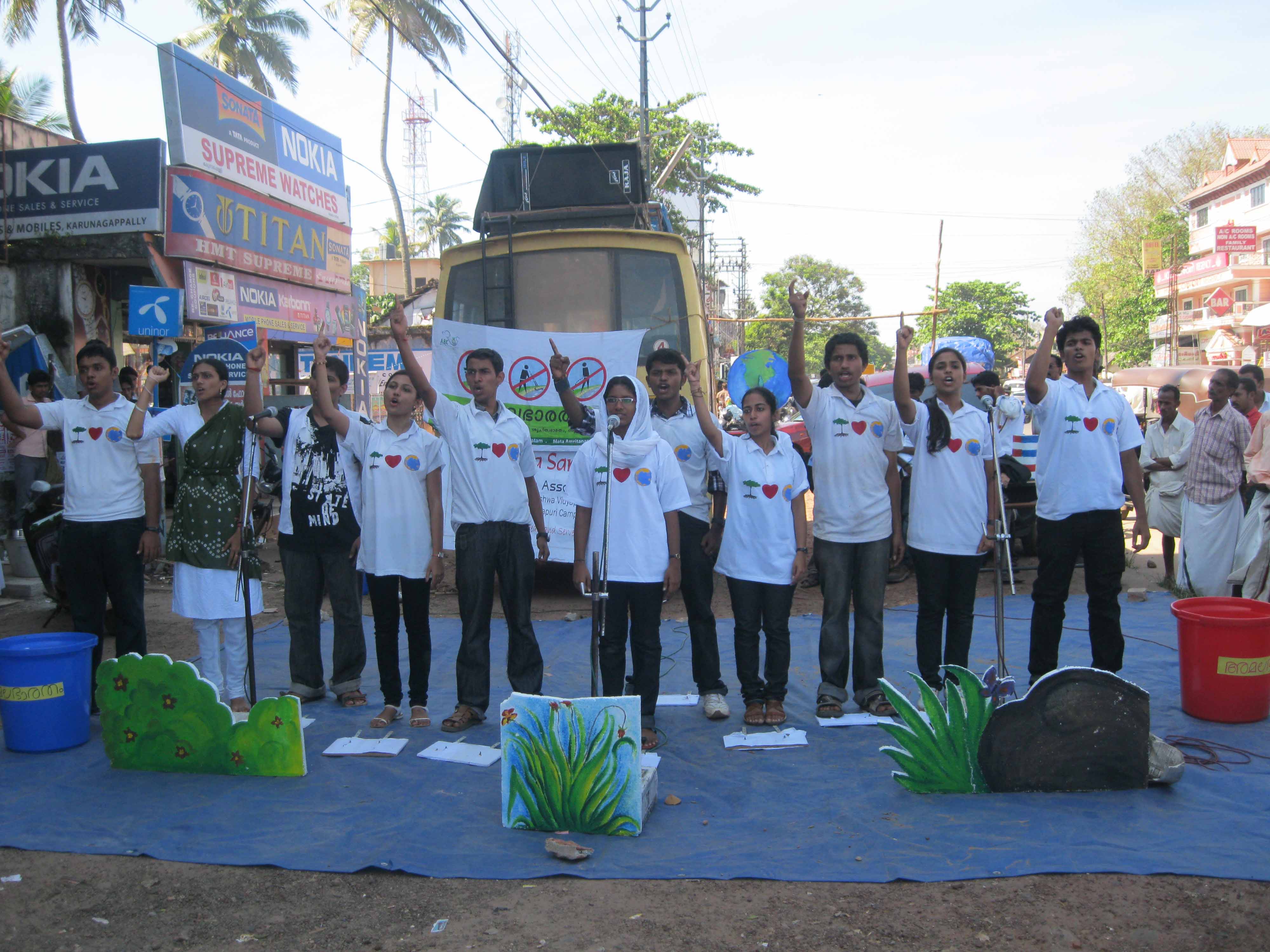 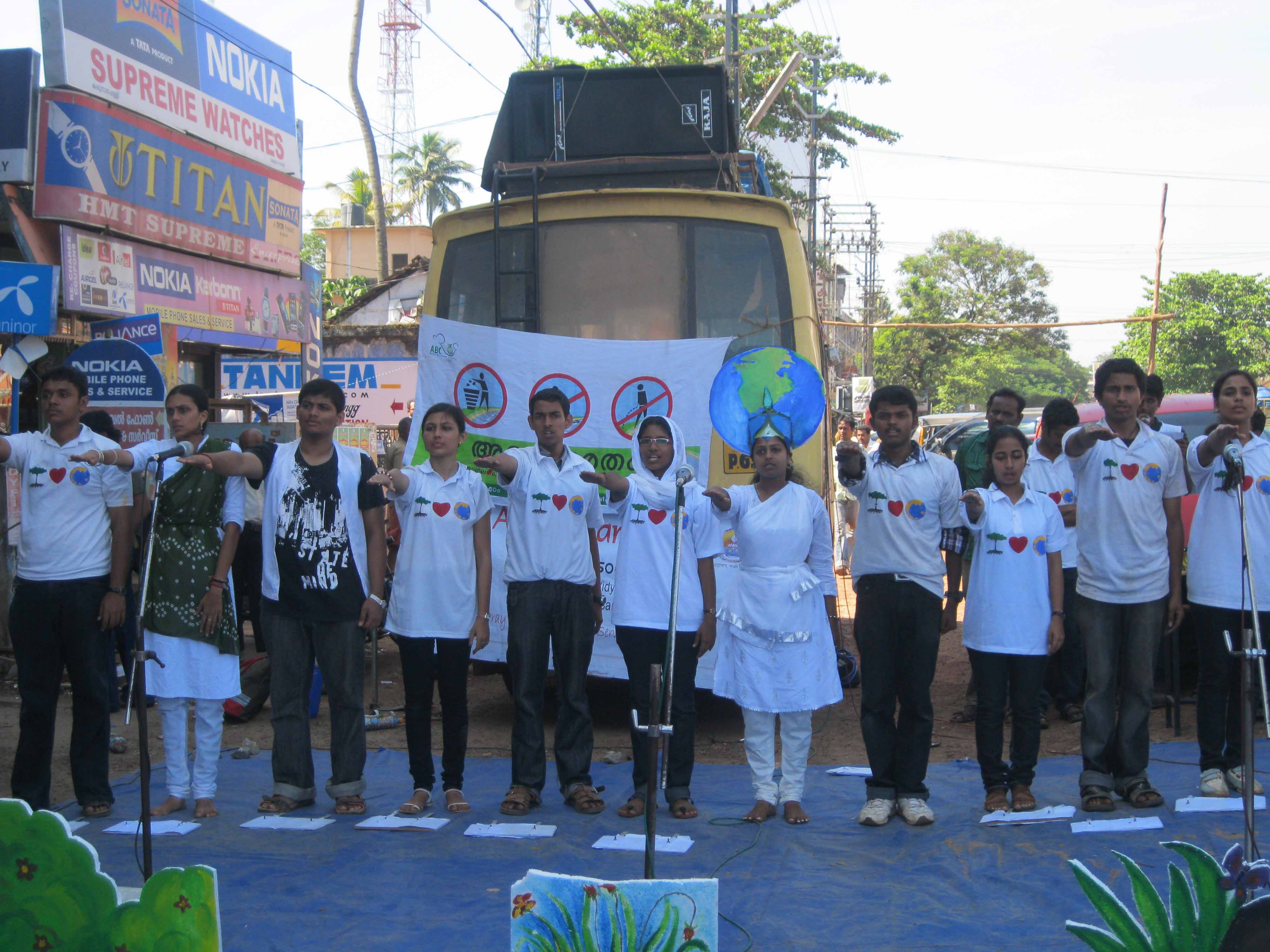 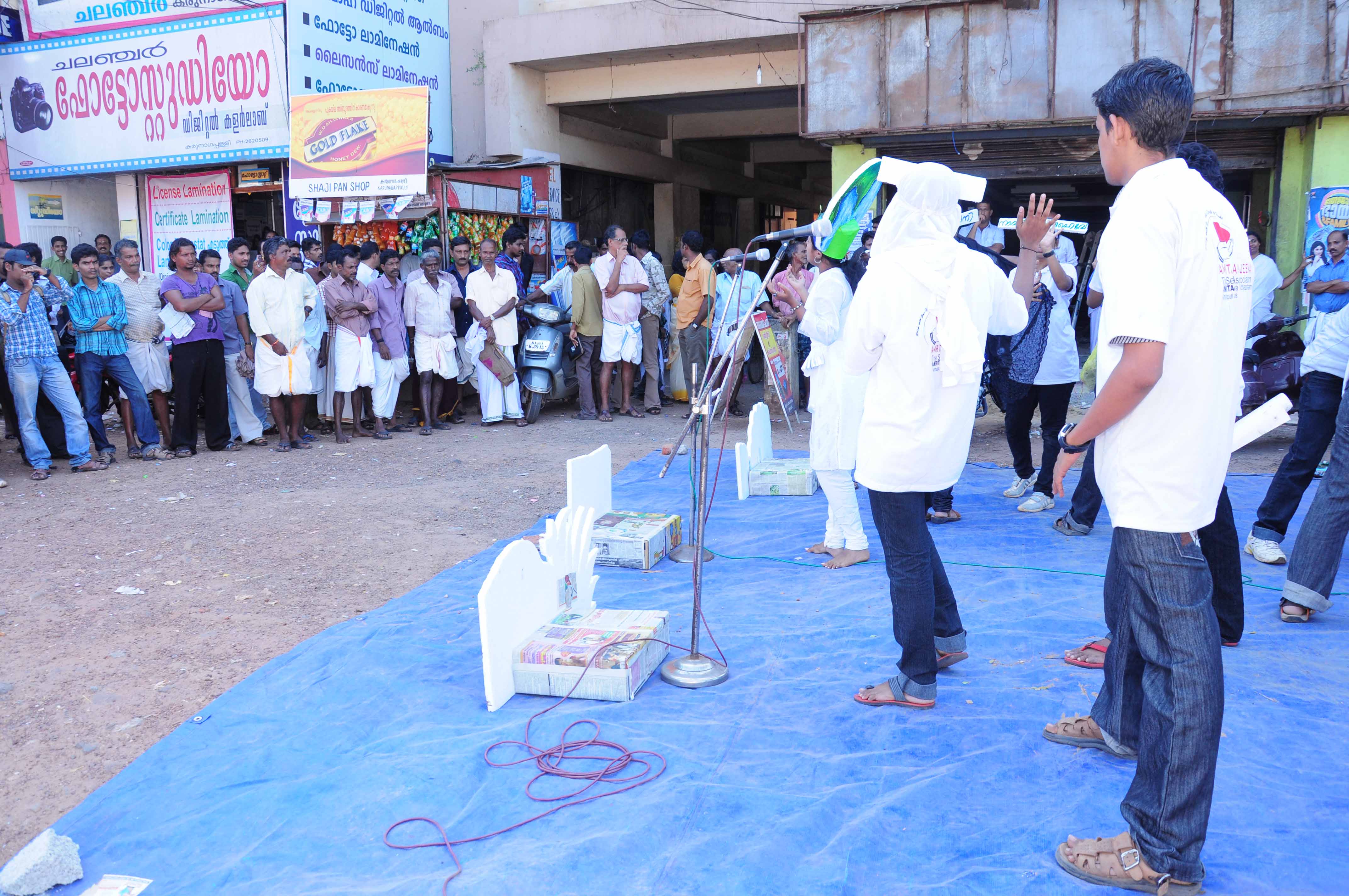 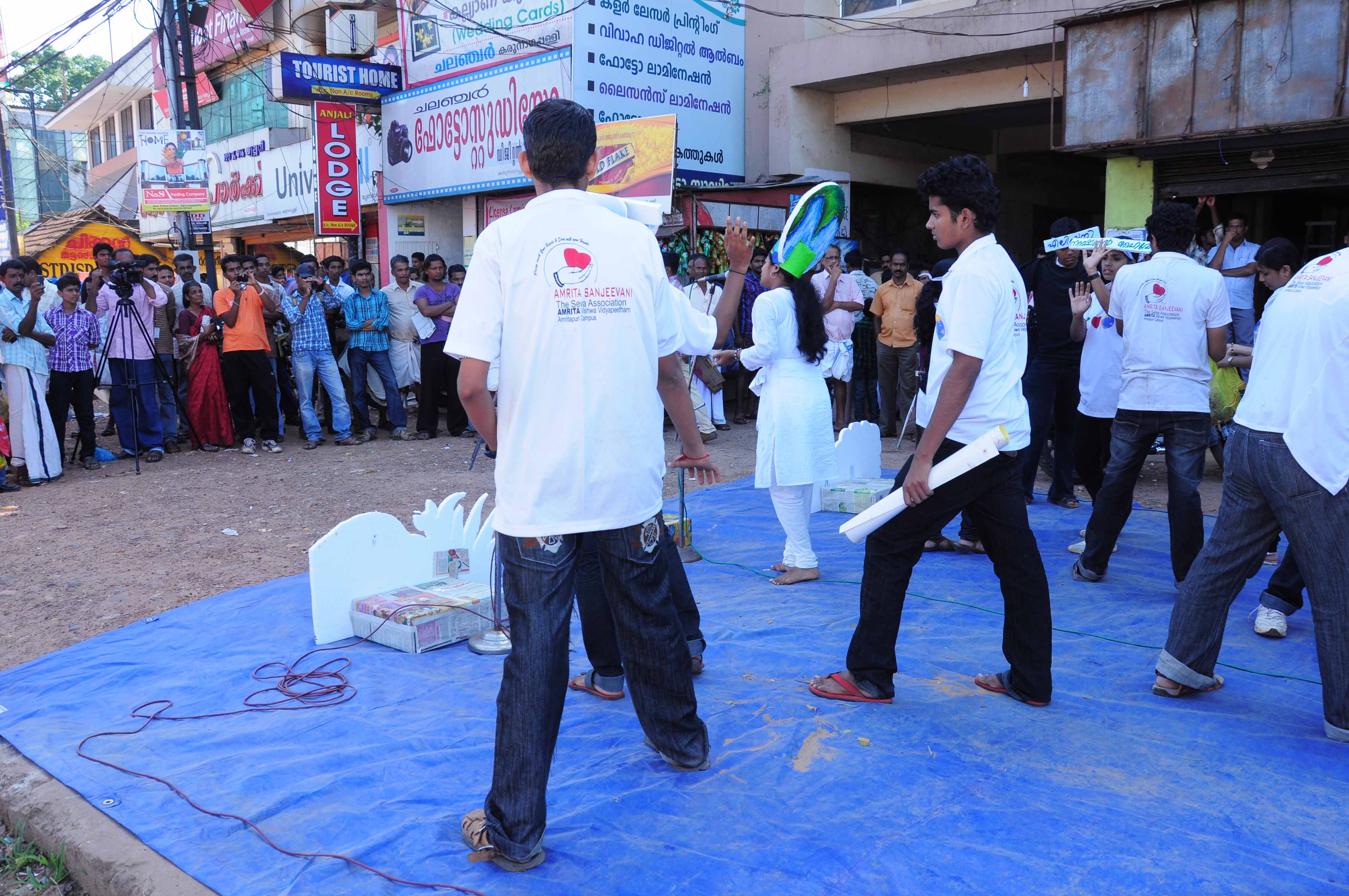 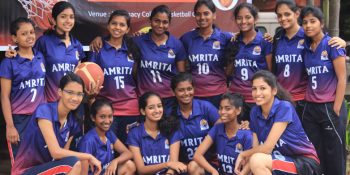 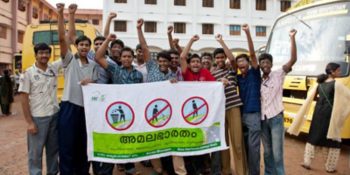 Pledge for a Clean India 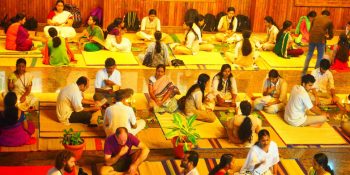 Navaratri was extensively celebrated at Amrita Vishwa Vidyapeetham, Amritapuri campus from 14 to 23 ...