Indian Army’s very first TDF project has taken off the ground for Development of Light Weight Bullet Proof Materials for Indian soldiers on the Frontline. Defence industrial major- L&T and its academia partner Amrita Vishwa Vidyapeetham were awarded the TDF certificate on Thursday by Raksha Mantri Nirmala Sitharaman in Chennai.

Mr Jayant D Patil, who is the Director on board of L&T and Head of Defence and Aerospace business recieved this TDF certificate from Ms Sitharaman.

“We at L&T and Amrita Vishwa Vidyapeetham are hopeful of developing a game changing light weight body armour for the Indian soldier as a force multiplier for the brave men guarding our borders,” said Jayant D Patil, Director on Board and Head Defence and Aerospace L&T.

Dr. Shantanu Bhowmik, the innovator of this technology at Amrita Vishwa Vidyapeetham said, “ We are very happy to have received the first TDF project. Along with L&T, we shall now set up 10 equipments to develop the composite panels for the light weight bullet proof jackets for Indian Army within two years.”

This first TDF project gives shape to the vision of the former Deputy Chief of Army Lt. Gen Subrata Saha and current Army Leadership to create a User-Industry-Academia ecosystem for developing cutting edge technologies that enable the Nation to Fight Indian Wars with Indian Solutions.

This TDF project is the result of an Army – Industry – Academia interaction conducted by Gen Subrata Saha in August 2016. It was in this trilateral interaction where the technology initiative of Dr Bhowmik at Amrita Vishwa Vidyapeetham advanced technology research centre was spotted.

As part of the extensive outreach programme, Army had conducted 19 bilateral and 13 trilateral interactions, equipment displays, field visits leading to release of two volumes of Compendium of Problem Statements.

DefenceAviationPost.com along with FICCI has commenced an initiative to compile solutions to the Problem Statements. Two Sessions have been held at New Delhi and Coimbatore so far.

The TDF project assigned to Amrita Vishwa Vidyapeetham and L&T is also the solution to a problem listed in the Volume 1 of the Compendium of Problem Statements. The TDF scheme provides Grant-in-Aid for 90% of the Project Cost estimated at 9.81 Cr. The TDF Scheme has been established to promote self-reliance in Defence Technology as part of the “Make in India” initiative.

This Project, aims targeted development of an high performance thermoplastic polymeric composite with high energy absorbing characteristics so as to provide necessary bullet proof resistance to save lives of our soldiers facing enemy fire.

The technology targets use of Indigenously developed thermoplastic resins with carbon fibre fabric and processes for optimising the solution. The product material so developed will be tested and validated before realising a light weight prototype vest within 24 months.

The proposed material configuration is unique and revolutionary compared to the current technology in use for the same application which uses hard ceramics and thermosetting resin based composites. The proposed configuration proposes to provide a new methodology and unique solution for light weight bullet proof material for the required threat level and freeing our soldiers to carry useful payloads to fight more effectively.

L&T’s new composites manufacturing unit being setup at Coimbatore in addition to the existing facility at Vadodara, and our in-house R&D will support this development effort and subsequent scale up. A Project Monitoring & Mentoring Group of specialists will monitor the project for achieving the defined objectives with respect to the time and costs projected. The foreground IP generated will be jointly owned by DRDO, L&T along with its Academic Research Partner Amrita Vishwa Vidyapeetham. 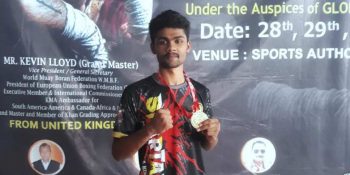 Adarsh P.S., a student from the Department of Commerce & Management, School of Arts & ... 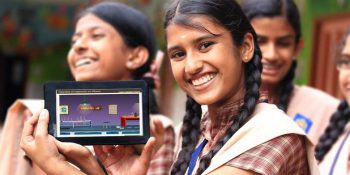 Online Labs (OLabs), one of the research initiatives of Amrita Center for Research in Analytics ... 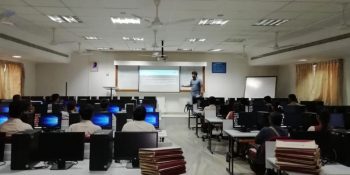