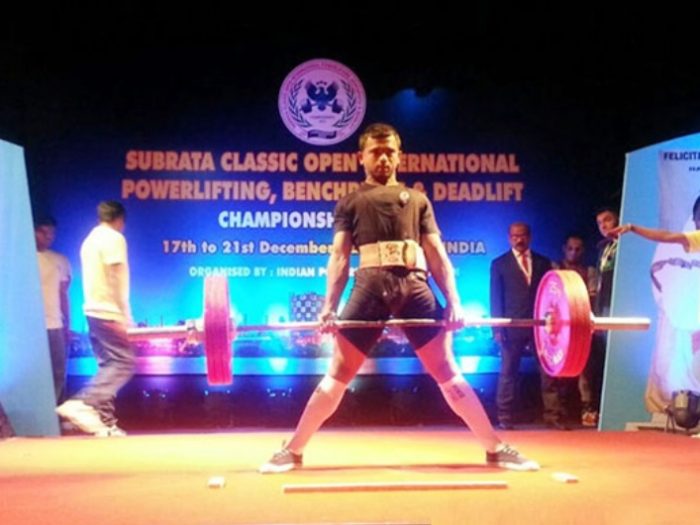 Yadhu Raj, a fifth semester BBM student of the Amrita School of Arts and Sciences in Amritapuri, made his university and country  proud by winning gold in the Subrata Datta International Power Lifting Championship held December 17, 2014 in Jamshedpur. Subrata Datta Classic Open International Power-lifting, Benchpress and Deadlift championship is organized by the Indian Powerlifting Federation.  Yadhu Raj lifted a whopping 410 kg in the 59 senior category that featured some of the premier lifters in South Asia, most notably from Afghanistan and Sri Lanka.  In the same event, he won silver and gold medals in the Benchpress and Deadlift championships.

To reach the competition, Mr. Raj underwent rigorous selections trials, carried out by the Kerala State Power Lifting Association selectors. The feat was a culmination of his committed effort in pursuit of excellence. Never one to shy away from competitions, he was the university champion in 2013 and 2014. Raj gives credit to Bijeesh, the gymnasium instructor of the college, who has been instrumental in shaping his career.

A talented purveyor like Yadhu is a timely fillip for a sport that has lost its legacy in the country. Among the various hurdles a power lifter faces are big expenses to pursue the sport professionally.  But with the backing of a supportive institution as Amrita, Yadhu can hope to fulfill his potential. Also, given that he is not yet in his 20s, his future looks bright, and many more medals are surely in the offing for this outstanding young student and sportsman.  Mr. Raj hails from Kollam district of Kerala. 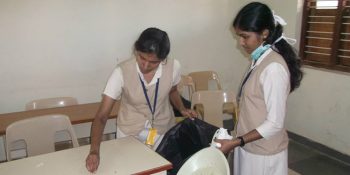 It would have in the mind of many who attended the ABC drives, “Why shouldn’t we clean the ... 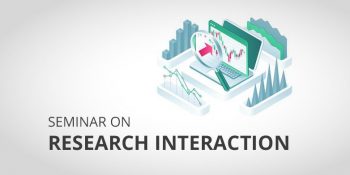 A webinar on “Research Interaction” was conducted on October 10, 2020, via Microsoft Teams by ... 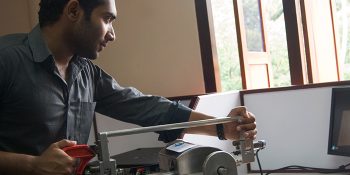 The Telegraph Monday- If I had a hammer

According to a 2006 World Bank report, about 6,800 schools that offer vocational courses are ...