The paper relates to a mechanism that involves enabling the arms of a rover to traverse up steps/rocks and still be able to take the shocks of uneven or rough terrain. The primary use of the mechanism discussed in this paper is to allow extraterrestrial rovers to climb high stepped terrain and have a suspension system in place to provide restoring force for the arms to come down and provide traction for the wheels over the ground. Such a mechanism allows the rover to travel uncharted and unexplored terrain.

The paper was also published in the International Journal of Innovative Research in Science, Engineering and Technology (IJIRSET) (ISSN (Online): 2319 – 8753). 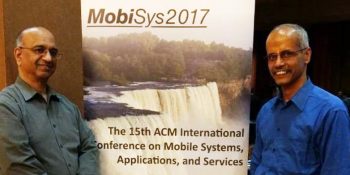 Amrita Center for Wireless Networks and Applications (Amrita WNA) was provided with an opportunity ... 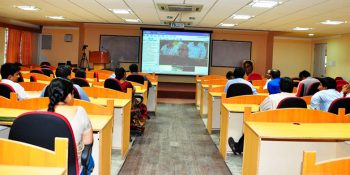 A two-week ISTE workshop on Fluid Mechanics hosted by Department of Mechanical ... 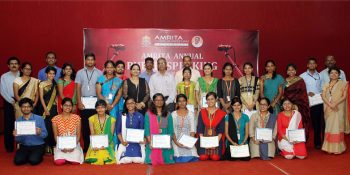 With the noble intention of reviving the art of public speaking and helping students cope with the ...