The Amrita School of Engineering, Coimbatore campus launched the campaign of its 8th edition of its national techfest, Anokha 2018, on 5th November, 2017. The acclaimed musician & keyboardist, Mr. Stephen Devassy inaugurated the event. He also released the corporate relations brochure of Anokha 2018. The event was made more lively by his short but stellar performance. This is his 3rd performance at the Coimbatore campus. Earlier, he had performed for the Eventide cultural shows during Anokha 2011 and 2017 editions. The Anokha 2018 will be held from February 22-24, 2018.

Anokha is a 3-day congregation of some of the brightest minds in India. Founded in 2010, Anokha has grown by leaps and bounds and has progressed to become one of the most popular and top tech fests in India. Having successfully completed seven editions, this pan-India event has had an average annual participation of over 15000 of the best undergraduate engineering students from top-ranking engineering institutions in India like IITs, BITS, NITs and IIITs participating as well as partner universities in USA and Europe like University of New Mexico, EVRY France and Uppsala University-Sweden. 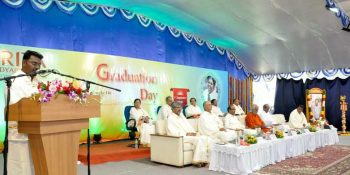 The Graduation Ceremony of Amrita Vishwa Vidyapeetham, Bengaluru campus, was held on September 1, ... 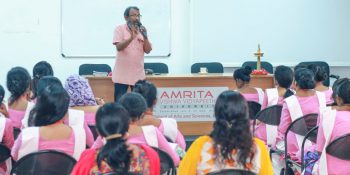 A six-day workshop on Script Writing was organized for the fourth semester B. Sc. Visual Media ... 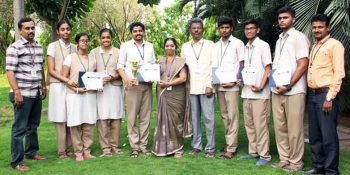 In another stellar show of their ingenuity, innovation and independent thinking, the Computer ...