“GST is a very progressive reform of the indirect tax regime. As in the case of every new tax reform there may be challenges which the Government is addressing very satisfactorily. It is a myth that GST is leading to higher rate of taxes for many commodities. On the contrary, it has actually reduced the rate of tax for almost 80% of commodities. GST is going to be one of the most consumer friendly tax systems launched by the Government,” said B. T. Manohar.

According to K. S. Basavaraju, it is very important to educate the consumers about GST through the media and educational institutions. All GST rates are recommended by the GST Council and are passed through the Parliament and state assemblies. The entire success of this is dependent on filing of R1 form which is due in the month of September. The Government is handholding all the stakeholders to guide them in filing the returns seamlessly.Subraya M Hegde said that there are misconceptions among the public that the GST is a complex tax system. It is not a not a new tax, but an alternate tax system. However, the reach and compatibility of Information technology infrastructure is a challenge. Filing returns as well as matching of input and output merchandise are issues too.The discussion was moderated by Dr. M. G. Deepika, Assisstant Professor, School of Business, Amrita Vishwa Vidyapeetham Bangalore. 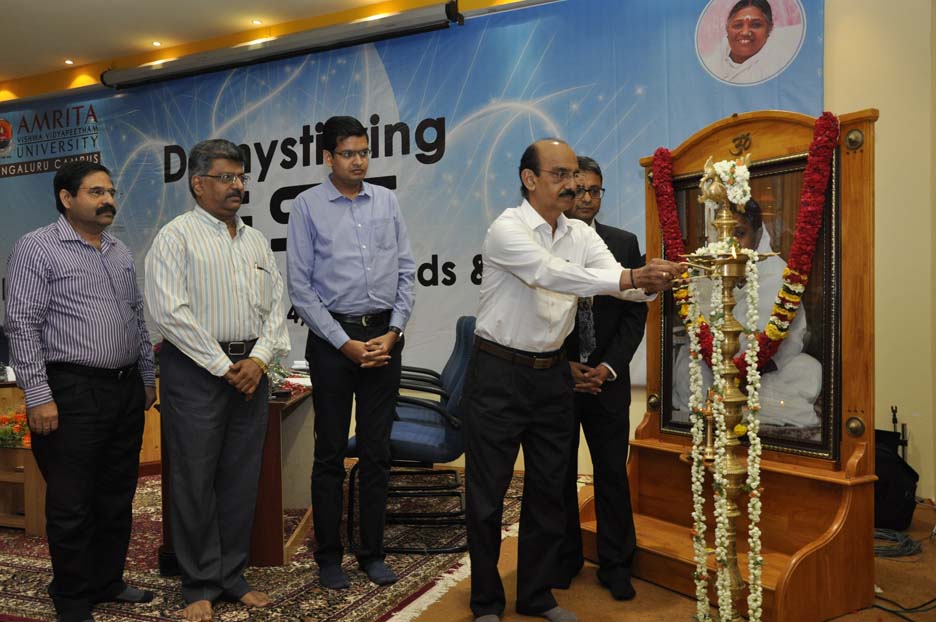 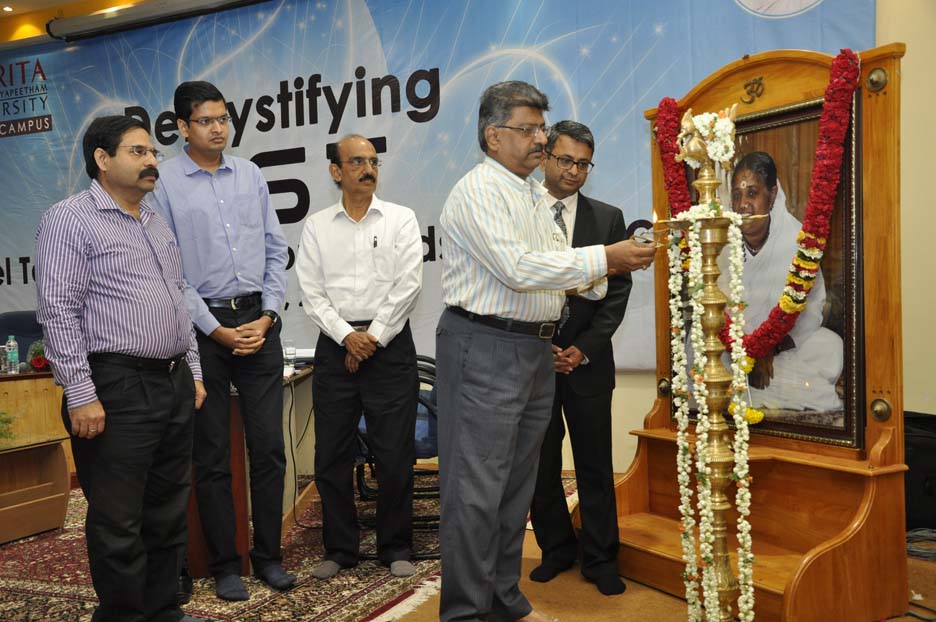 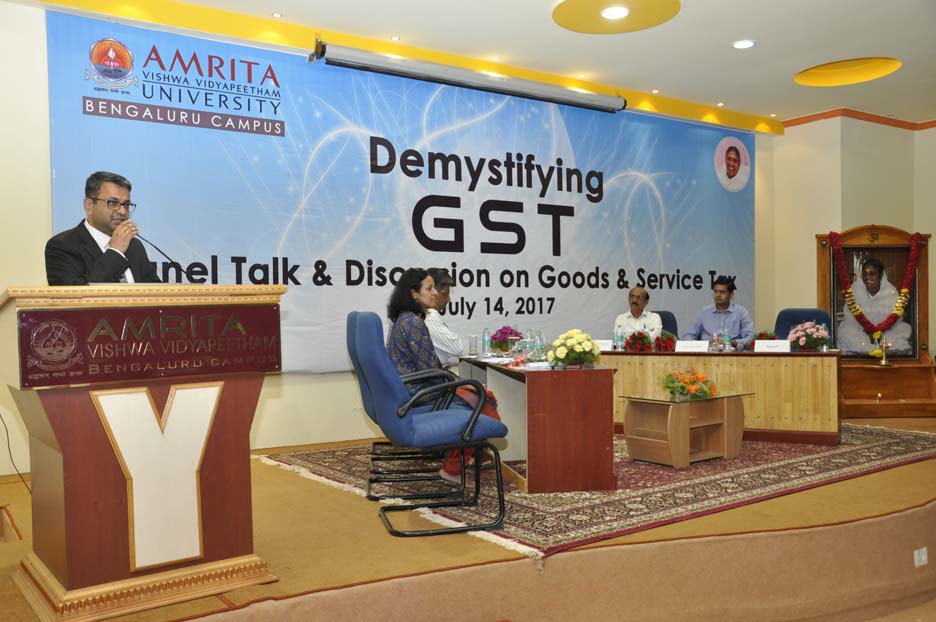 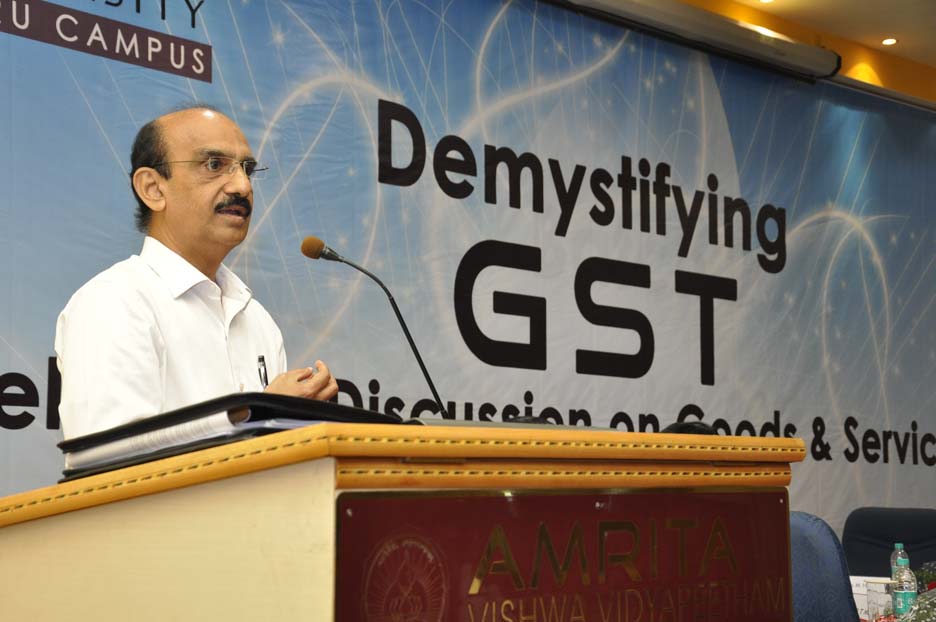 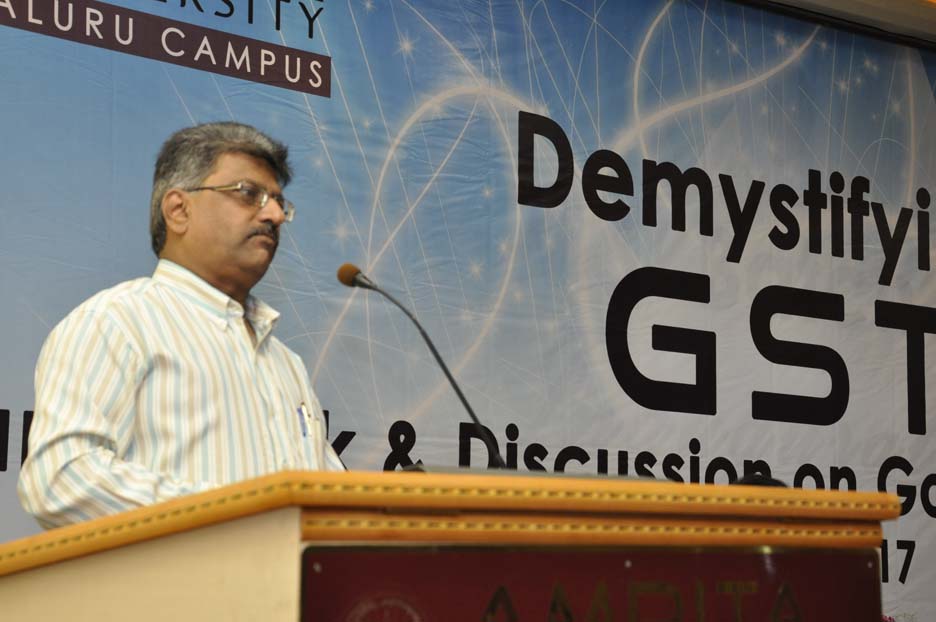 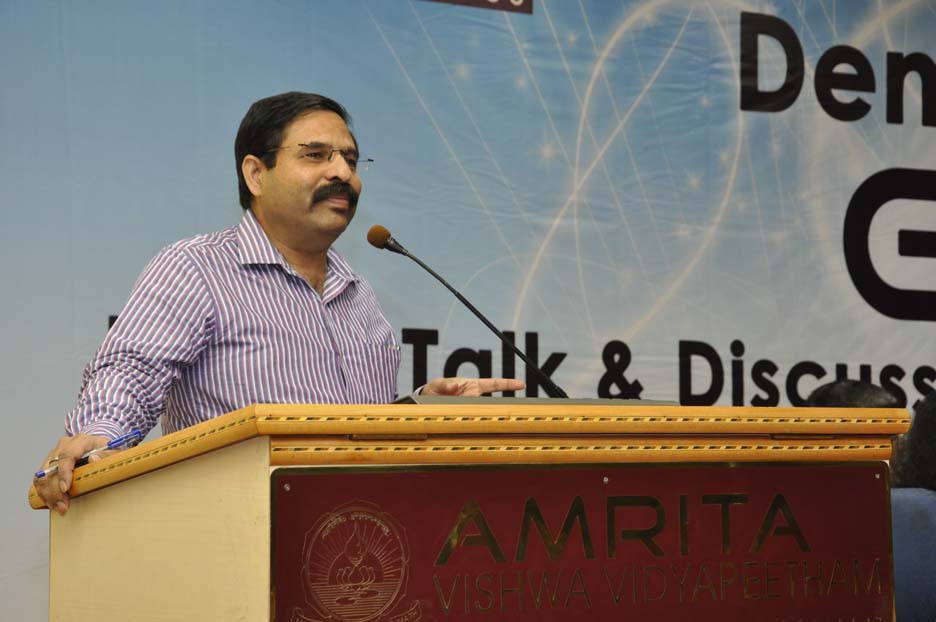 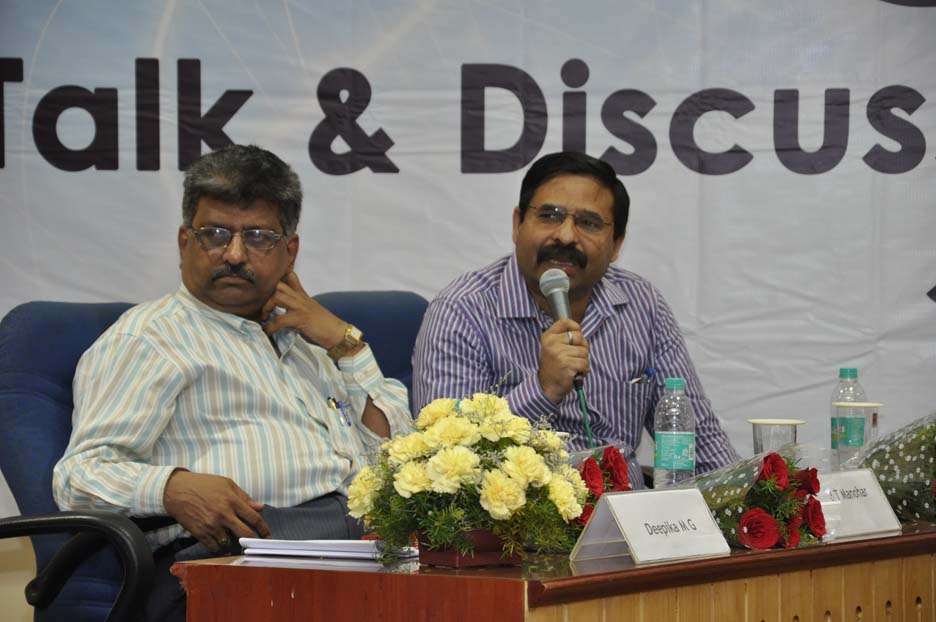 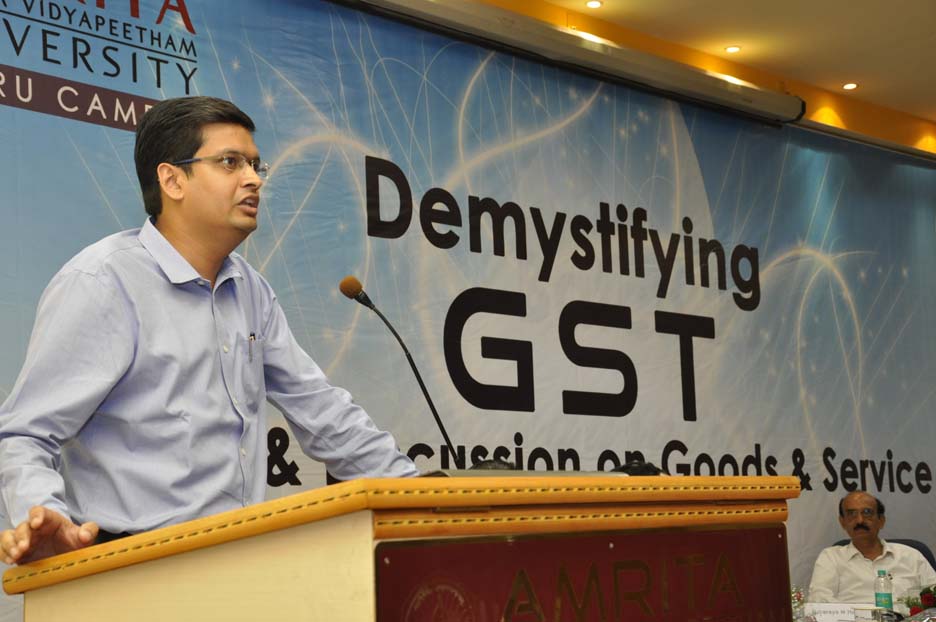 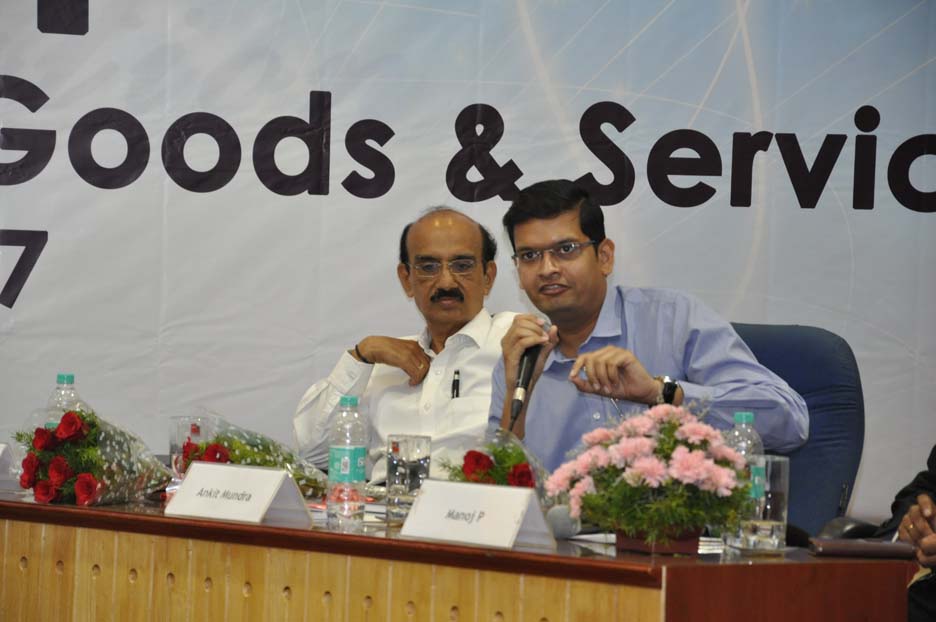 Amrita School of Business, Coimbatore (ASB) started the placements for the students of Class of ... 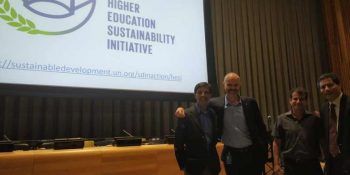 The annual 2019 Sulitest Report from was released during review of the 2030 Agenda through the ... 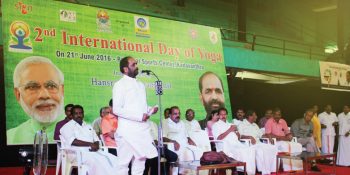 On the occasion of ‘International Yoga Day’, the 1st year students of the Amrita MBA Program, ...