Amrita’s Dr. Mattakkara Ramachandran Nair was recently chosen as Ashtangaratna of the year by the State Government and the Department of Indian Systems of Medicine (ISM). The title was conferred to honor Dr. Mattakkara’s lifetime contributions to the field of Ayurveda.

Currently Dr. Mattakkara serves as Chief Consultant at the Centre for Holistic Medicine at the Amrita Institute of Medical Sciences.

In 1954, Dr. Mattakkara graduated from the Thiruvananthapuram Government Ayurveda College with a Diploma in Integrated Medicine, which was then a combined study of ayurveda and modern medicine.

In a short while, he became famous for his expertise in treatment. In 1960, he joined government service.

Throughout his career, Dr. Mattakkara was recognized for his excellence in treating and healing many complicated illnesses. He won the admiration of patients and families alike for his skills.

Dr. Mattakkara’s chief areas of interest were rheumatology and gastroenterology.

Having contributed immensely to the discipline of Ayurveda, he succeeded in conveying the scientific truth about Ayurveda to the world.

With over one thousand national and international paper publications in several journals, Dr. Mattakkara became known for his vast knowledge in the subject. In 1983, Dr. Mattakkara first met Sri Mata Amritanandamayi, Amma. “It was a turning point for me,” he states.

After his retirement from government services, Dr. Mattakkara joined the Mata Amritanandamayi Math. He pioneered the Amrita Medical Mission of Ayurveda in the ashram.

Subsequently he served as Chief Consultant and Professor at the School of Ayurveda in the Amritapuri campus.

He was also the chief editor of the ayurvedic magazine Physician for many years.

He regularly receives invitations from various ayurvedic colleges around the country to conduct courses as guest faculty. 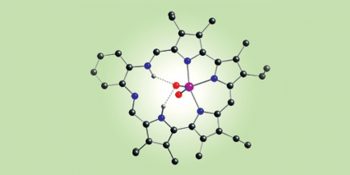