Organized by the Indian Medical Students’ Association and supported by Indian Council of Medical Research, Doctors Academy Manchester, UK and Indian Institute of Emergency Medical Services, the congress was organized at Kolkata Medical College during April 12 – 14, 2013.

The scholars presented the case report of a 21-year-old male patient who had undergone treatment at the Amrita Institute of Medical Sciences. Their paper highlighted the reconstruction of his mandibular defect caused by ameloblastoma, using 3D virtual images, rapid prototype model and free fibula flap.

“Ameloblastoma (a benign but aggressive bone tumour of the head and neck region) frequently affects the mandible (lower jaw) causing bony destruction and swelling. The tumor is generally managed surgically. Earlier, surgical resection usually resulted in loss of form and function of the mandible with poor esthetical outcomes. With the advent of reconstructive microsurgery, this has been reduced significantly,” stated the scholars.

Elaborating further, they explained, “The patient presented complaints of pain and swelling in the right side of lower jaw since one month. Biopsy report suggested plexiform ameloblastoma. 3D virtual images were created using CT scan images, which were then converted to a model using rapid prototyping technique.”

“This model was used as a template to bend the reconstruction plate that served to hold the fibula bone flap in place and anchor it to the native mandible. The fibula bone flap comprised of a piece of bone and tissue removed from the leg to reconstruct the jaw. Later, right hemimandibulectomy (surgical removal of one-half of the mandible) with reconstruction using free fibula flap was performed using the pre-bent plate.”

Dr. Devika R. Krishnan also received the best presenter award for making the presentation. Both awards were presented by the chief guest of the congress, Nobel Laureate Professor Robin Warren.

The interns were guided by professors from the Departments of Head and Neck Surgery and Oncology, Plastic and Reconstructive Surgery, Oral and Maxillofacial Surgery and Public Health Dentistry at Amrita. They expressed their gratitude to their mentors Drs. Subramania Iyer, Sherry Peter, Latha P. Rao, Ravi V., Ushass P., and Mathew O. Mampilly. 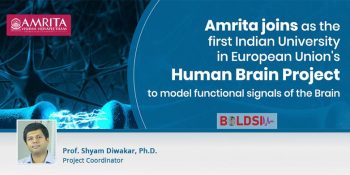 Amrita Becomes the First Indian University to Partner with European ...

Amrita Vishwa Vidyapeetham has become the first Indian University to partner with ... 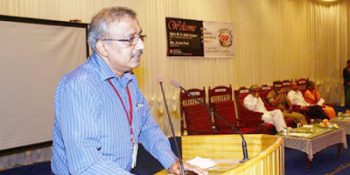 Tobacco and Cancer – Made for Each Other

“The year 2012 has been a great year for tobacco control programs. The government of Kerala has ... 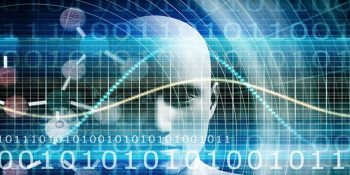 Amrita Paper in International Journal of Medical Engineering and ...

In a paper published by the International Journal of Medical Engineering and Informatics, a ...