Wayanad district, in north-eastern Kerala, has a high percentage of tribal population. Communicable diseases, malnutrition and anemia are rampant here due to different reasons.

Infant as well as maternal mortality is higher than in the rest of the state. Some folks believe that this is due to the unsafe practice of home delivery among the tribals.

Parvathy V., final-year student of MSW (Master of Social Work) from the Amritapuri campus recently presented a paper that explored home delivery practices here based on observations made during her internship at the Amrita Kripa Charitable Trust, Wayanad.

The presentation won Parvathy the best paper award (for students) at the 31st Annual National Conference of the Indian Society of Professional Social Work organized at Kasturba Medical College in Karnataka.

Parvathy’s winning paper was titled Incidence of Home Delivery Among Tribals in Wayanad.

“The support and guidance of Dr. Sanjeev Vasudevan and Dr. Ajitha Kumari, both medical officers at Amrita Kripa, helped me successfully complete my study,” she stated.

Parvathy found that although statistics made available by the National Rural Health Mission showed an average of 96% for institutional delivery in the country; in Wayanad, nearly 20% of the women delivered their babies at home.

“Most of these women are less than 30 years old. If they had access to a medical institution, and gave birth there, under the care and supervision of trained health care providers, the risk of maternal and child mortality would definitely be less,” she added.

Parvathy conducted her study with the help of the patients that came to Amrita Kripa to seek treatment and medical help.

She concluded that the incidence of home delivery would drop automatically, once medical facilities became more accessible to those living in remote areas. Then quality maternal and child health services would also become more ubiquitous.

“Having won this best paper award, I now have the confidence to venture more into such areas of health among the vulnerable and explore more to provide effective interventions,” Parvathy stated.

She expressed her gratitude to Dr. Renjith R. Pillai, Chairperson, Department of Social Work for having motivated her and guided her in the venture.

In addition to Parvathy, Lekshmi Vimala and Anitha S. of the same class, also presented papers in the aforementioned conference. 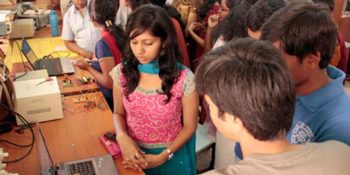 The Electronics, Communication and Instrumentation Forum (ECIF) is made up of enthusiastic young ... 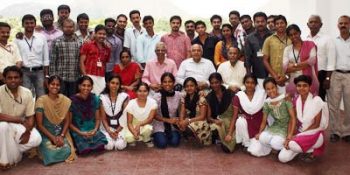 India today is considered to be one of the world’s largest breeding grounds for social ...

Amma’s Amala Bharatam Campaign continues to inspire many. In this case, four students of the ...