Capturing the attention of one of the world’s most powerful business leaders is all in a day’s work for students of Amrita Vishwa Vidyapeetham. As part of their academic studies, MBA students from the School of Business at Amrita Vishwa Vidyapeetham, Kerala, completed a case study about Coal India Ltd. (CIL), which owns 90 % of India’s coal reserves and is the world’s largest producer of coal.

The case study titled At the Crossroads: CIL Poised for Sustainable Growth, was sent to the Chairman of CIL, Mr. Partha Bhattacharya, for comments and suggestions.

The study presented a fictitious sequence of events which proposed that after CIL’s IPO in October 2010 which raised $3.4 billion in what was India’s largest IPO to-date, the company hired a consulting firm specializing in performing sustainability studies.

Earlier, the CIL board had approved the use of $2 billion to acquire coal assets abroad to help meet India’s growing demand for electricity.

However, like all other nations, India is looking for ways to reduce its carbon footprint – coal accounts for over 50 % of India’s green house gas emissions. Today, India is the world’s fourth largest emitter of green house gases. At the Crossroads: CIL Poised for Sustainable Growth, sees the consultant recommending the path to sustainable energy for the now cash-rich company, suggesting that as the world’s largest producer of coal, CIL is positioned to set an example to other producers. Producing solar panels is suggested as a sustainable alternative to mining coal.

“So what if coal is part of your name?” the consultant asked, in the case study. “No one thinks of ITC today as a tobacco company.”

The allusion to ITC (Indian Tobacco Company) was meant to highlight the example of a company that realized that tobacco did not offer long-term sustainability and hence started diversifying; pioneering rural services, adding substantially to the bottom line.

The case study imagined that Mr. Bhattacharya was already aware of the value of reducing India’s carbon emissions and CIL’s need to diversify into renewable forms of energy. “Ladies and gentlemen, there is no time to lose. Mother India cannot cut her carbon emissions if we do not cooperate,” stated Mr. Bhattacharya in the case study.

In reality, after reading the case study, the CIL Chairman responded in the following manner.

“The case study makes interesting reading. I am forwarding the case to the functional Directors of CIL with a request to peruse and observe. I shall send our observations on the case study after taking stock of the opinion of our Directors.”

“Thanks once again to each member of the team for applying their mind collectively on an issue of great contemporary relevance,” he added.

The MBA students now eagerly await the response of the CIL Directors and Chairman. 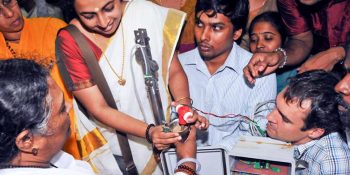 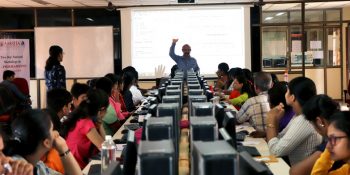 The Department of Management & Commerce, School of Arts and Sciences, Amrita Vishwa ... 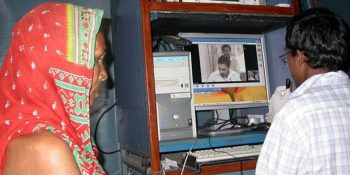 Patent: Systems, Methods, and Devices for Remote Health Monitoring and ...