After the highly successful one-day workshop on virtual labs at the Amritapuri campus last month, it was Coimbatore campus’s turn to organize a similar workshop for both Amrita and non-Amrita faculty.

The workshop convened by the Department of Sciences at the Amrita School of Engineering drew nearly a hundred faculty members from colleges in Kerala, Tamil Nadu and Karnataka.

“The free accessibility of the virtual lab facility will be an advantage to all students pursuing education in institutions where there are no full-fledged lab facilities,” he noted.

“These teaching methods using computer assistance will help in pulling out knowledge from teachers rather than pushing in knowledge into students,” he underlined.

Virtual labs is an initiative of the Government of India’s National Mission on Education through Information and Communication Technology (NME-ICT).

Funded by the Ministry of Human Resources Development (MHRD), the project is a collaborative venture undertaken by premier Indian universities.

Addressing assembled delegates at the workshop, she invited them to nominate their colleges for becoming possible nodal centers that can help spearhead the use of virtual labs among their students.

As in Amritapuri, the workshop included parallel sessions on virtual labs for physics and chemistry. Demos in the morning session were followed by hands-on sessions where delegates had the opportunity to explore the online labs for themselves.

Feedback was sought from them for the improvement of the lab tools.
The workshop concluded with representatives from several colleges expressing a keen interest to register their respective colleges as nodal centers and conduct such follow-up workshops. 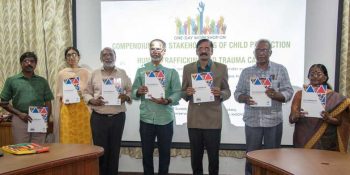 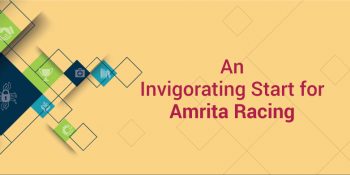 An Invigorating Start for Amrita Racing

“Ours was the first Indian team ever to endure and complete the four-hour race on the 2.2 mile ...