Considering the ever-increasing energy needs of modern world, the diminishing conventional fossil-based sources of energy would need to be switched to sustainable and renewable sources. In this regard, there are few options to look into, which include, wind, tidal, hydro, biomass, atomic and solar energy [1]. Solar cells/photovoltaic cells provide an efficientroute to utilize the amplesolar energy. Among the various categories of solar cells, the dye-sensitized solar cells (DSSC) are utmost promising options for sunlight harvesting due to their low cost and environmental begin nature. Invented by Brian O’Regan and Michael Grätzel (Picture 1), DSSCs arethin film solar cells with simple manufacturing procedures and goodlight-harvesting efficiency [2].

The fundamental difference between the DSSC and the conventional solar cell is that, in DSSCs photo anode is made up of layer of dye adsorbed on the porous surface of a semiconductor oxide. The dye serves the task of light absorption andinjects the electrons into the conduction band of themetal oxide semiconductor [2].

The DSSC cell generally consists of a set oflayers of different components, including ITO or FTO glass substrate, transparent semiconducting metal oxide nanoparticles (usually TiO2), dye-sensitizer (organic or metallo-dye),electrolyte(I-/I-3orCoII/CoIIIcomplexes), and counter electrode (Platinum of carbon based) [2]. The typicalDSSC is shown in Picture 2.

DSSCs are generally fabricated with using the substrates which are transparent as well as conductive. The substrateprovides a support-base for the semiconducting oxide, it is essential that the support-base should be transparent to allow the efficient passage of sunlight to the dye-sensitized semiconducting oxide. Higher electrical conductivity of the support-base is also desired to promote the efficient charge transfer.Typically, fluorine tin oxide (FTO, SnO2:F) or indium tinoxide (ITO, In2O3:Sn) coated soda lime glass plates are used as substrates in DSSCs. Generally, ITO glass plates have about 80% of transmittance and sheet resistance of 18 Ω/cm2, whereas, FTO glass plates exhibit about 75% transmittanceand have sheet resistance of 8.5Ω/cm2 [3].

Semiconducting metal oxides with wide band gaps (3 – 3.8eV), mainly, TiO2, ZnO, SnO2,
and Nb2O5are used in the DSSCs. TiO2 nanoparticles are the best choicedue to their non-toxic nature, cost-effectiveness and easy availability.Due to the large surface area provided by their porous structure, dye molecules can strongly get attached onTiO2 surface[4].

Dyes or sensitizers aid in the light harvesting and hence govern the photoelectric conversion efficiency of the solar cell. The ideal sensitizer should absorb the broad spectrum of solar light, tightly bind to thesemiconductor oxidesurface and efficiently inject the photoexcited electronsto the conduction band of the semiconductor (negative LUMO than the conduction band). Other important requirements for the ideal dye are that, the dye should have high redox potential so that, regeneration can be achieved quickly by the electron donation from theelectrolyte (positive HOMO than the redox potential of the electrolyte). Further the dye molecule should bethermally stable and durable [5].

Natural dyes are the colored compounds extractedfrom plants (mostly flavonoids). They are attractive due to their environmental friendliness but the tedious extraction and purification processes and lower stability and poorer efficiency are the drawbacks of these dyes [5]. Figure 1 shows the structures of natural dye moleculesextracted fromCassia fistula[6].

Metal complex dyes provide great advantage due to the synergy between the ligand molecules and metal center. Strong and broad absorptions in solar spectrum due to the intra-ligand and MLCT (metal to ligand charge transfer) electron transitionsmake them ideal photosensitizers. Presence of anchoring groups in the ligands can help to strongly bind to the semiconductor and ease the electron injection. Polypyridyl ruthenium complexes lead this class due to their higher efficiency and stability[7]. Figure 2 shows some highly successful polypyridyl ruthenium-based dyes used in DSSC applications [7].

Metal complex dyes provide great advantage due to the synergy between the ligand molecules and metal center. Strong and broad absorptions in solar spectrum due to the intra-ligand and MLCT (metal to ligand charge transfer) electron transitionsmake them ideal photosensitizers. Presence of anchoring groups in the ligands can help to strongly bind to the semiconductor and ease the electron injection. Polypyridyl ruthenium complexes lead this class due to their higher efficiency and stability[7]. Figure 2 shows some highly successful polypyridyl ruthenium-based dyes used in DSSC applications [7].

However, the synthetic difficulties, economic and environmental concerns associated with ruthenium-based dyes have prompted the development of other transition metal complex dyes based on zinc, copper and iron [8]. Figure 3 shows some successful non-ruthenium metal complex dyes used in DSSC applications [8].

Metal free synthetic organic dyes have also been used in DSSC applications. Owing to their easy synthetic protocols and tunability they are receiving much attention. However, overall efficiency of these sensitizers is inferior to the metallo-dyes and entail further strategic developments [9].

Electrolyte/redox mediatorsupplies the electrons to the dye molecules, when the dye molecule injects the electrons into the conductionband of the metal oxide semiconductor, it gets oxidized and then comes back to the normal reduced form by accepting electrons from the redox mediator. Thus, lifetime of the DSSC strongly depends on the stability and efficiency of the electrolyte.For the best performance, the electrolyte should have high electrical conductivity and possess good contact with the dye-sensitized metal oxide semiconductor (anode) and the counter electrode (cathode). Liquid electrolytes based on the I3-/I-redox couple are found to be more successful electrolytes, recently there is an increasing interest in the development of cobalt-based electrolytes, quasi-solid-state electrolytes and solid-state electrolytes, which offer long time stability [5,10].

Working mechanism of DSSCs is slightly different from the conventionalsolar cells. It involves the following steps [5].

Step 1: Dye molecules coated on the metal oxide semiconductor absorb wide spectrum of the sunlight. And upon absorption of sunlight the electrons of dye molecule get excited.
Step 2: The exited electrons of the dye molecule are injected into the conduction band of the metal oxide semiconductor.
Step 3:These electrons will diffuse through metal oxide and finally reach counter electrode through the circuit.
Step 4: The oxidized dye molecules will get the electrons from the redox mediator/electrolyte and come back to their original (reduced) form.
Step 5: The oxidized electrolyte species diffuse towards the counter electrode and get reduced.
And this cycle continues to produce the current. It is important to note that, the overall performance a DSSC depends on the energy levels of these four components: the ground state (HOMO – Highest Occupied Molecular Orbital) and exited state of the dye molecules (LUMO – Lowest Unoccupied Molecular Orbital), the band-gap of the metal oxide semiconductor and the redox potential of the electrolyte.General components and working mechanism of typical DSSC are depicted in Picture 3. 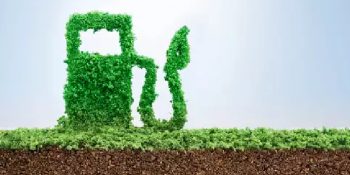 Biofuels are renewable transportation fuels that are derived from biomass in a short period of time ... 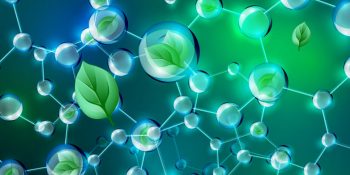 Innovative Research in Phytochemistry at Amrita School of ...

The multidisciplinary researches in the Phytochemistry laboratory at Amrita School of ... 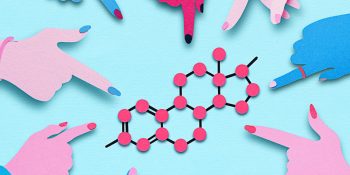 Hormones and Chemicals Linked with our Emotion

Emotions are very complex and have different meanings to different people, but essentially, ...