For International Collaborations in Nursing

Over a thousand nurses from all over the world gathered recently at the 38th Annual Convention of the Infusion Nurses Society (INS) in Louisville, KY.

Amrita was represented by its Chief Nursing Office, Bri. Saibala. As one among the hundred foreign delegates from nearly twenty nations, she had received a travel scholarship of $ 5000 to attend this conference. The scholarship is given to only two international delegates every year; Bri. Saibala was the first person ever to be nominated from India to receive this scholarship.

“The presence of so many international attendees this year offered numerous opportunities for sharing knowledge and building bridges to a global alliance of nursing professionals,” remarked the INS President Nancy Mortlock.

Besides helping build bridges for a global alliance, Bri. Saibala was also honoured for her poster presentation titled Impact on Nurse Education Programs on Incident Reporting of Phlebitis – An Indian Experience.

The poster received the most valuable poster award in the international category.

Here over a hundred infusion care experts from over twenty countries around the world had gathered to share best practices in IV profusion therapy. Bri. Saibala had presented a poster detailing the Amrita experience, titled Improving Peripheral IV Care.

Another conference with a global focus, delegates deliberated on the conference theme Raising the Standard: Uniting Global Perspectives.

After attending these two conferences in the US, Bri. Saibala travelled to Dublin, Ireland to participate in the Second Annual Global Summit on Perioperative Nursing, before returning home.

Here, as the only representative from India, she exchanged views with delegates from 42 countries; most were top officials of Perioperative Societies in their respective nations.

“Chancellor Amma has been encouraging the coming together of Amrita Vishwa Vidyapeetham and the best institutes world-wide for a global sharing of knowledge,” later remarked Bri. Saibala.

“This has led to the blossoming of international collaborations in so many different areas. We look forward to initiating many such partnerships in the field of nursing also.” 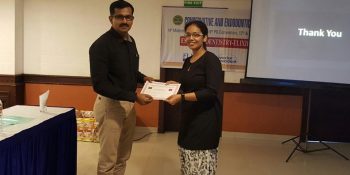 Drs. Devika R. Krishnan and Remya M., Postgraduates in the Department of ... 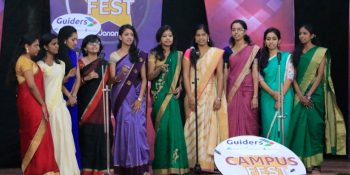 Students experienced sheer sense of joy and happiness as participants of the Janam TV Campus Fest ... 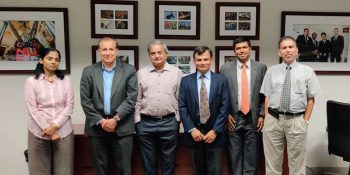 An Amrita delegation visited Northern Illinois University near Chicago, USA, on July 11, 2019. The ...