Welcome to the world of Industry 4.0, where Internet of things rule our fast-growing world. Man is replaced by sensors to gather data and take action on that data across a network. Everything is fast and easily available on finger tips.

There was a question few decades before, “Will there come a time when handwriting is completely obsolete?” It just might happen! Most of us write far less than we used to: we laser print documents typed on our computers, pay for things by swiping credit cards, and even send our most personal thoughts to other people by email, instant message or SMS. Have you ever wondered about a generation that did not have all these facilities? There was a time when people loved to write, the smell of ink and yellow shaded paper made a lot of people to be a narrator or poet. Having a fountain pen was a part of status.

Do you think fountain pens are outdated?

“To sit at one’s table on a sunny morning, with four clear hours of uninterruptible security, plenty of nice white paper, and a fountain pen – that is true happiness”- words of a famous poet. No, fountain pens are not outdated. It still has all its pride and status.

A fountain pen is technically a nib pen that is entirely different from all other different brands of pen in the market. It is a kind of dip pen that contains an internal reservoir of liquid ink. The invention of fountain pain was few centuries before. There are arguments showing that the first construction of a fountain pen was by Leonardo da Vinci during the Renaissance period. There are evidences from his journals that contain drawings with cross-sections of a reservoir pen that works by both gravity and capillary action which substantiate the arguments.

However the world’s first patent on the fountain pen was awarded by the French Government to a Romanian inventor, Petrache Poenaru (1799-1875) on May 25, 1827. He invented a fountain pen that had a barrel made from a swan’s quill as an ink reservoir.It was described as “plume portable sans fin, qui s’alimente elle-meme avec de l’ancre” (“never-ending portable pen, which recharges itself with ink”)”.

Lewis Edson Waterman (1837-1901), was the inventor of the capillary feed fountain pen and also the founder of Waterman Pen Company and Ideal Pen Company. In 1883, Waterman improved a fountain pen.

He noticed that fountain pens of the time didn’t have any control over the flow of ink which in turn caused the leaking of ink.

He and his brother started experimenting with different tubes and in the end, they found out that if air is let into an ink reservoir of a fountain pen through capillary pipes, ink will flow out of the reservoir under the force of gravity but slow enough not to cause leaking.

On February 12, 1884 Waterman patented fountain pen on his name and, at first, he assembled pens himself. In 1899 he made a modification to the nib of the pen. The problem was when a pen is nearly empty, a bubble would form.

He solved this problem by making overflow pockets on wither side of the channels in the feed. Waterman Pen Company is one of the few remaining first-generation fountain pen companies.

Figure 1. Soft copies of patent owned by Petrache Poenaru for the invention of Fountain pen

Figure 3. Parts of a fountain pen

The working principle of fountain pen is simpler than what we can imagine. The whole process is the combination of gravity and capillary action. The fountain pen has the capability to draw ink from the reservoir through the feed to the nib and transfer it on the paper.

When we write in paper using fountain pen the ink will flow partly through gravity from reservoir onto the page by its own weight that pulls it downwards. Along with that there is the capillary action, the phenomenon where the liquid will automatically draw itself along a very thin tube.

Pointing the fountain pen nib straight downwards doesn’t make all the ink pour out. It is due to the feed linking the nib to the reservoir is quite narrow. In fact, the ink can’t escape from the fountain pen if air can’t get in.

Figure5. Flow of ink and air in a fountain pen

When we place the nib on paper and drag it along on the paper, the ink is pulled downwards on a slit in the centre of the nib, and down the feed due to the capillary action. It means it is pulled partly by the adhesive forces between the ink and its container and partly by the cohesive forces between every ink molecule and one following on behind it. Air enters inside the pen at the same time through the breath hole and it moves in the opposite direction and it gradually filling up the reservoir as it empties the ink.

The ink which is used on fountain pen is not same as the ink that we used for the ball point or gel pen that we are using now. Because of the special feed system in the fountain pen to bring the ink to the tip of the pen, fountain pen inks must be solutions rather than the pigment based like many of their ballpoint pen.

Generally, we use water soluble inks for the fountain pen instead of tinctures. This is because most of the pens during the 20th century is made from celluloid or ebonite which are soluble in alcohol, so the tincture inks can damage these pens.

In olden days we used Iron gall ink in fountain pens. Iron salts and tannic acids from vegetable sources are used in the making of the blue-black ink. Iron gall ink was often homemade. But the iron gall inks are not suitable for the fountain pen, because it causes a phenomenon called flash corrosion which destroy the metal parts of the fountain pen. The normal Indian ink was also not so suitable because of the presence shellac as a binder which clog the fountain pens very easily.

The fountain ink is mainly made of water, the solvent of the ink. The solute that we are using inside the fountain pen is normally a water-soluble aniline dye composed of a Nitrate group bound to a phenyl group forming a basic amine, phenylamine. Rather than these there are some other solutes which are, surfactants to increase the flow of ink, such as biocide compounds for the prevention of fungal growth in ink and glycerine to increase the viscosity of ink.

In the case of polar covalent solutes, addition of the solutes that dissolve into multiple ions or ring-based covalent hydrocarbons for the making of the inks with lowered freezing point. Also, by the addition of the solutes that bond with the cellulose of the paper the paper permanence is achieved which ensured the ink remains permanently on the paper. Decreased drying times are created by the addition of higher surfactant levels than usual and the by increasing the flow. This let the ink to seep into the fibres of the paper in quick and stay wet and smudge-prone for a shorter period of time.

The filling of ink into the pen is like a task for the day for the user. There are different kinds of fillings mechanisms. During the olden days the reservoirs of the fountain pens were mostly filled by using eye dropper. It was messy and a time-consuming process. As the time passed there were modifications introduced in the filling mechanism. The modern capillary filling mechanism is introduced by Parker in the year of 1956. Vacuum fillers used by the Pilot pen company is also very famous and most easy one. In this method, the nib is submerged in ink, a plunger is pushed down the empty chamber which created vacuum in the behind space. The end of the chamber has aa section wider than the rest, and when the plunger passes this point, the difference in air pressure in the area behind the plunger and the area ahead of it is suddenly evened out and ink rushes in behind the plunger to fill the chamber. 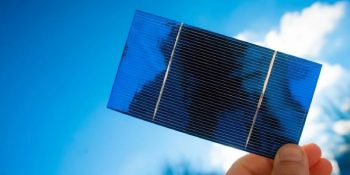 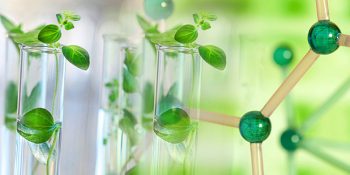 Green chemistry, which was established about two decades ago, has attracted much attention. It ... 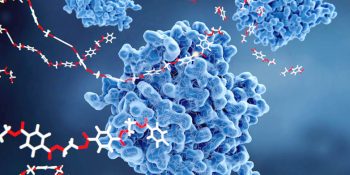 Enzymes are proteins which catalyse chemical reactions selectively as part of essential life ...