“When a person suffers from a stroke, the entire family is affected. Family members have to assume a great deal of responsibility to provide care at home. It is not an easy task, one has to have the right cognitive skills to perform the role of a caregiver,” stated Prof. Kanmani Job of the Amrita College of Nursing.

rof. Job was speaking at the Second International Conference on Research Methods in Chennai organized by the International Centre for Collaborative Research at a College of Nursing.

Her paper titled Role Strain and Coping Among Care Givers of Stroke Clients – Mixed Method Research was adjudged the second-best paper presented at the conference.

Prof. Job conducted her study among caregivers of stroke clients who were treated at the Department of Neurology in the Amrita Institute of Medical Sciences.

The study focused on identifying the level of role strain in caregivers of stroke victims. Role strain here referred to the strain experienced by a family member as a result of assuming the role of a caregiver.

The study revealed that 85% of the respondents experienced role strain.

“Role strain in physical, emotional and financial aspects were reported by care givers. Association of role strain with the age and physical disability of the patient was noted to be significant,” the professor elaborated.

Highlighting the fact that nurses can contribute a great deal in reducing strain and other difficulties of the caregivers, Prof. Job made several recommendations.

“Nurses can implement effective interventions such as caregiver education and training programs, provision of social support programs. To reduce the role strain in care givers, nurses can explain home care management to them and can teach them different coping strategies.” 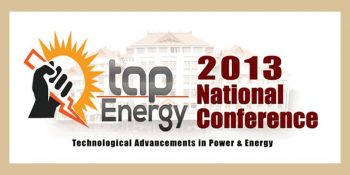 “The era of dependence on fossil fuels is coming to an end. For mankind to survive, we have to ...

A one-day national conference on Gen-X Hospital Management Mantras was organized by the Department ... 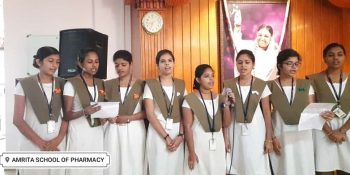 The 71st Republic Day of India was celebrated at Amrita School of Pharmacy, Kochi, on January 27, ...