MSW students of the Department of Social Work, Amrita Vishwa Vidyapeetham, Coimbatore campus, rallied on June 26, 2019, to mark the annual International Day Against Drug Abuse and Illicit Trafficking. They were joined by their counterparts from various other colleges and many schools of higher secondary and NSS wings, as well as faculty members of the respective schools and colleges.

The rally was flagged off by Mr. Rajamani IAS, Collector and Mr. Sumit Saran IPS, Commissioner of Police, on the Red Cross Society premises. The rally wound its way to the VOC Park located at Coimbatore where the message of the day was given by the officials and authorities.

“The idea to conduct the rally every year is to end drug abuse and illicit trafficking. The younger generation is our future and they are the ones who need to take up the initiative and tell the world what is wrong and what is right,” said Mr. K. Periaiah IPS, Inspector General (IG) of Police, West Zone, Tamil Nadu.

The students created awareness on drug abuse and illicit trafficking during the rally by holding placards with slogans like ‘You don’t need heroin to be a hero’, ‘Life can take you more higher than drugs’, ‘A friend indeed, won’t make you smoke that weed’ and many more.

Several schools that joined for the awareness rally also conducted contests for best placards and poem recitation on the topic “Drug Abuse and Its Ill Effects” and the prize distribution was held at the grounds of VOC Park. 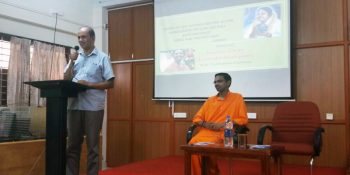 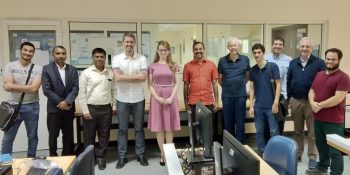 ASCOM Student at US University