On March 5 and 6, noted writer and educator, Sri Michel Danino, author of the bestseller, The Invasion that Never Was, enthralled overflow audiences at the Amritapuri Campus. He delivered a series of four distinguished lectures on topics that explored the legacy and gifts of ancient India. Attentive students were on the edge of their seats as Michel revealed information about their cultural heritage, which most had never heard before.

“We had all learned about the Indus Valley Civilization as part of history while studying in high school,” remarked a student of engineering. “But Michel Sir introduced to us so many astounding aspects of what is known as the Indus-Sarasvati Civilization that we had no idea about. This was an urban civilization, with city planning that would be admired today. Orderly layouts (likely based on sacred geometry), efficient storm drains, toilets and sewage systems that would be the envy of some of our modern cities.”

Added another student, “From our history texts we knew only of Harrapa and Mohenjadaro, I was astonished to learn that now archaeological remains have been found of hundreds of similar cities. This was a civilization that extended to nearly one third of modern India. There was a sophisticated marine trading network. There is evidence of advanced metallurgy, standardized weights and measures, agriculture with two crop cultivation and many more such things throughout the area. And there is no evidence of armed conflict or weapons or even fortifications.” More than a hundred years ago, Swami Vivekananda had spoken up against the Aryan Invasion Theory propagated by the British. Recently the BBC ran a prominent article stating why the theory can no longer be accepted. History textbooks in Indian high schools and colleges continue to propagate this theory even today. In his inaugural lecture, Michel put forth archaeological evidence, pictorial as well as satellite images, that clearly showed the flaw in the theory. Michel has been invited to speak on this subject at educational institutions all over the country, including the IITs and IISc .

“Why did we not have him here before?” asked Dr. Nambudiripad, Dean of Amritapuri Campus. Quite fortuitously for Amrita, Michel who has lived in Tamil Nadu for the past 25 years and speaks fluent Tamil, now stays right across the hills bordering our Coimbatore Campus. He visits the campus every Wednesday to speak to students about different aspects of this subject. The next three lectures at the Amritapuri Campus provided a glimpse to students at this campus also into the unique and inspiring aspects of our heritage and the genius of our ancestral mind. In the 2nd lecture titled Landmarks in Early Indian Science, advances made by Indians in various fields, such as astronomy, mathematics, architecture and city planning were discussed. The Kerala School of Mathematics which had laid the foundations of calculus and also understood the heliocentric nature of the universe much before Copernicus was mentioned. The audience — student, faculty, even some residents from the ashram, was primarily from Kerala — yet most had not heard of this school! Savants like Aryabhatta, Brahmagupta, Mahavira, Bhaskaracharya, Madhava, Nilakantha were introduced. “Michel, you may not have been born in India, but Mother India will nevertheless be grateful to you for being one of her best sons!” remarked Dr. Balakrishnan Shankar, Associate Dean, Amritapuri Campus. “By helping us learn about our own heritage, you will help us become better Indians.” Michel’s third lecture on India’s Ecological Traditions explored the traditions and belief system of ancient India that promoted respect for nature and helped nurture it. The final lecture titled India’s Gifts to the World touched on the myriad contributions made by India to world civilization.

“Much of India’s mathematics and astronomy, including numerals and the decimal place-value system, reached Europe through the Arabs. There is clear evidence showing that Indian astronomers helped set up observatories in Baghdad and Damascus in 803 CE. It was India’s knowledge of astronomy and geography that helped the Arabs progress in navigation and maritime trade. The complex system of Ayurvedic medicine is another gift of India to the world. In modern times from science (Bose demonstrated wireless transmission before Marconi) to the widespread practice of yoga and meditation, India has contribute immensely to world culture.” Michel explained.

Michel stressed the peaceful nature of ancient Indian society. He quoted his spiritual teacher, Sri Aurobindo. “At no time does India seem to have been moved towards an aggressive military and political expansion beyond her own borders, no epic of world dominion, no great tale of far-borne invasions or expanding colonial empires has ever been written in the tale of Indian achievements. The sole great endeavour of expansion, of conquest, of invasion she attempted was the expansion of her culture, the invasion and conquest of the eastern world by the idea and the penetration of her spirituality, art and thought-forces. This was an invasion of peace, not of war.” The lectures were followed by lively and frank question and answer sessions. In response to a question from a student, Michel pointed out that in India the history of science is not taught at the university level. In the West, history is a standard subject for higher studies. This could be the reason for the Eurocentric orientation of history of science in textbooks. “What is expected from us now after hearing your lectures, Sir?” asked another student. “You should carefully and scientifically study the past. By exploring your land, roots and culture, you will find the perennial culture of India. And as Voltaire said, India needs no other country, but the whole world needs India.” 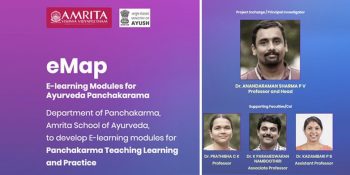 The professors of the Department of Panchakarma, Amrita School of Ayurveda, Amritapuri, Dr. ... 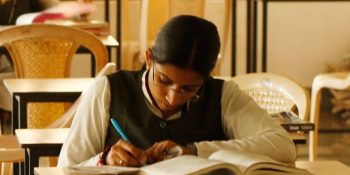 Amrita School of Ayurveda, Amritapuri, has released the tentative examination schedule for BAMS and ... 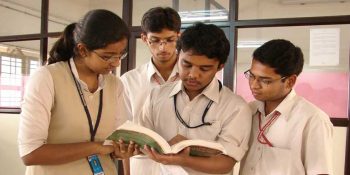 Change of Branch for BTech 2016 Batch, Amrita School of Engineering, ...

Students of I semeter B.Tech., who are keen on changing their branch of study are hereby informed ...