Amrita Center for Wireless Networks and Applications (AmritaWNA) launched an Android app named ‘AmritaKripa’ to connect survivors with relief and rescue service providers during the massive floods in Kerala.

The app allows users to both request for and offer rescue, medical help, shelter and supplies such as food, clothing and medicine, as well as services such as water, electricity and telephone. One can also report people missing, people found orphaned, either conscious or unconscious, or dead through the app. The app, which is available in Malayalam and English, uses real-time GPS data to locate users.

Dr. Maneesha V. Ramesh, Director of AmritaWNA, said, “We want this to be a worldwide app. The Kerala floods were its first deployment, but it is ready to be used in future disasters as well.”

Amrita Vishwa Vidyapeetham is also conducting research on the use of computer vision algorithms to estimate the depth of flood waters based on photos taken from the field. 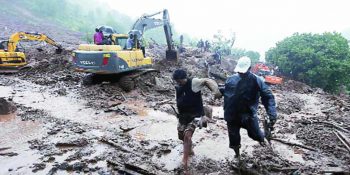 A year after the July 30 Malin landslide that left 151 people dead, the Maharashtra government is ... 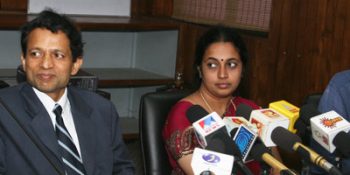 The Amrita Vishwa Vidyapeetham, with the support of the European Commission (EC), has developed ...

Amrita The First Indian University to Sign MoU with British ...

Amrita Vishwa Vidyapeetham signed a Memorandum of Understanding (MoU) with The British Geological ...