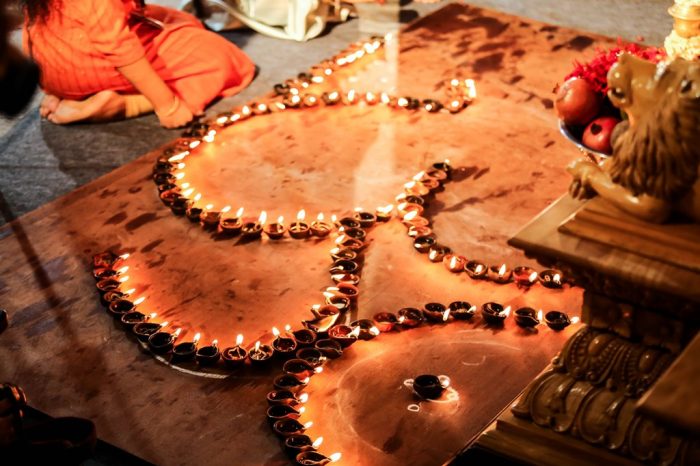 The orientation program for the newly admitted undergraduate and post graduate students of Amrita School of Arts and Sciences, Mysuru was held in the campus on October 21st and 22nd, 2021. Owing to the pandemic, the session was held separately for various departments across two days where students and their parents were formally welcomed and introduced to the values and culture of the School, Campus and University.

The ceremony began with formal lighting of the inaugural lamp amidst prayers and Gurustotram which was rendered by students led by Br. Muktidamrta Chaitanya, Correspondent, Amrita Mysuru.

The first day of the program was conducted for students from the Department of Computer Science for which the Chief Guest was Shri S K Umesh, Rtd Superintendent of Police who spoke at length about how students needed to make utmost use of the college life and make it their golden period. He also asked the students to focus on reading more books in this digital era. Delivering the benedictory address on the same day, Swami Purnamitananda Puri, General Secretary of Mata Amritanandamayi Math spoke about Amma, Sadguru Sri  Mata Amritanandamayi Devi, Chancellor of Amrita Vishwa Vidyapeetham and how despite her lack of academic education, She has managed to astonish the world through Her universally appealing values and goals. Interestingly, there was also a small session where senior students from the department shared their experiences of their journey at Amrita Mysuru which was well received.

The second day event was filled with more buzz as the fresh entrants from the stream of Sciences, Visual Communication, Management and Commerce set foot in the campus for the first time. Following the formal inauguration, the Chief Guest for the day and renowned plastic surgeon at BGS Apollo Hospital, Mysuru, Dr Narayan Hegde addressed the gathering where he explained how it was more important for a student to become a successful human being in society. He also mentioned Amrita as a special institution because it is established by visionaries like Amma. Speaking to students during his live benedictory speech from the Ashram headquarters at Amritapuri in Kerala, Swami Atmananda Puri, one of the senior and prominent sanyasi disciples of Amma advised them to have a goal in life and indulge in spiritual practices. Later, as the senior students from each department shared their experiences, the freshers were visibly excited and eager to start their new phase.

With other dignitaries like Br. Anantaananda Chaitanya, Director, Amrita Mysuru, Br.Muktidamrata Chaitanya, Correspondent, Amrita Mysuru, Dr.G.Ravindranath, Principal, and Dr. Rekha Bhat, Academic Coordinator, Amrita Mysuru gracing the occasion on both days and with each of them addressing the new students and their parents, the orientation day concluded with the traditional handing over of lit diyas from seniors to the juniors which is akin to Amrita was a sight to see, thus marking their entry into Amrita Vishwa Vidyapeetham seeing the divine blessings. 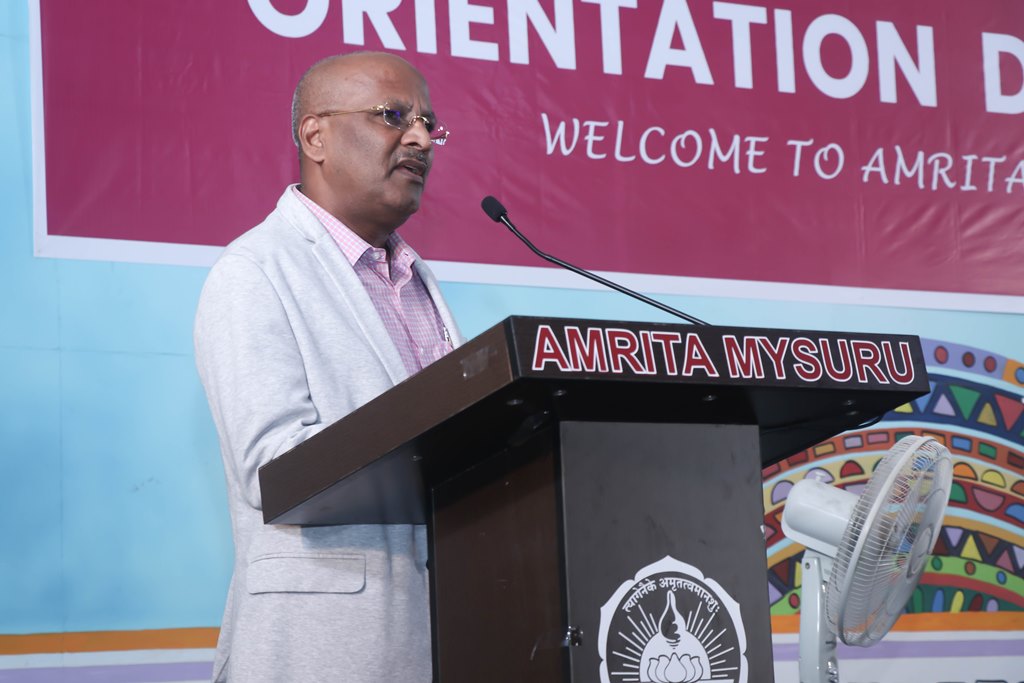 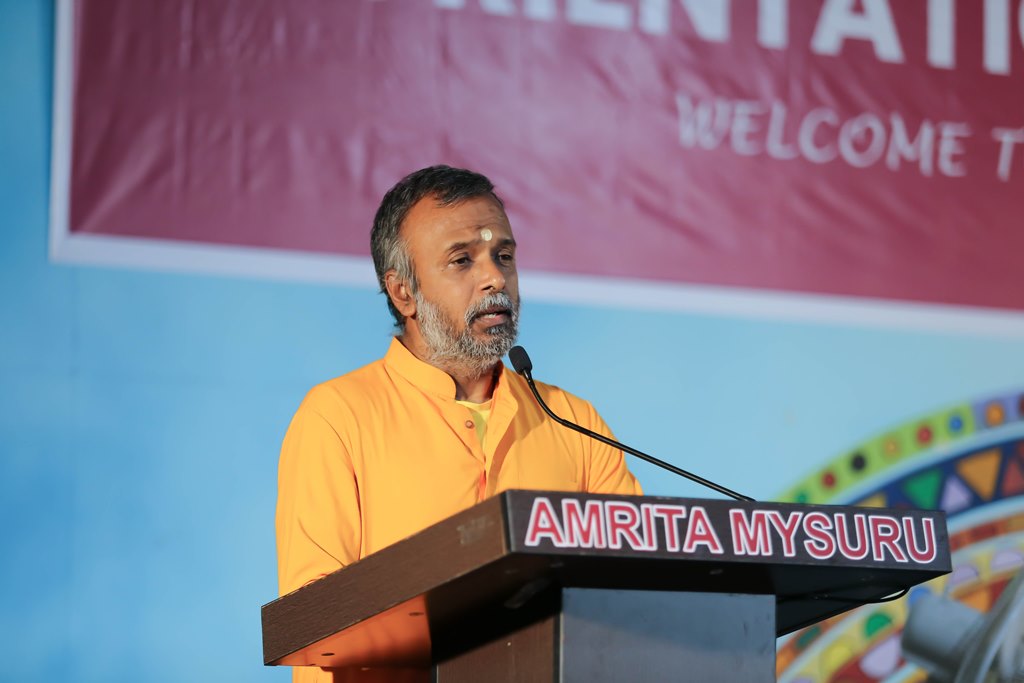 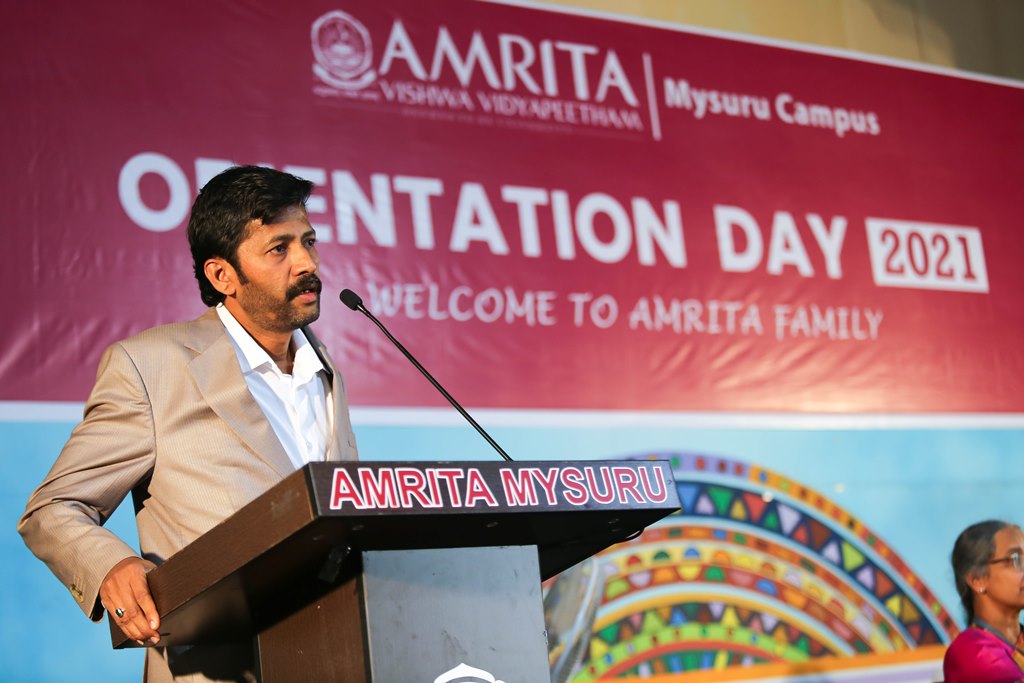 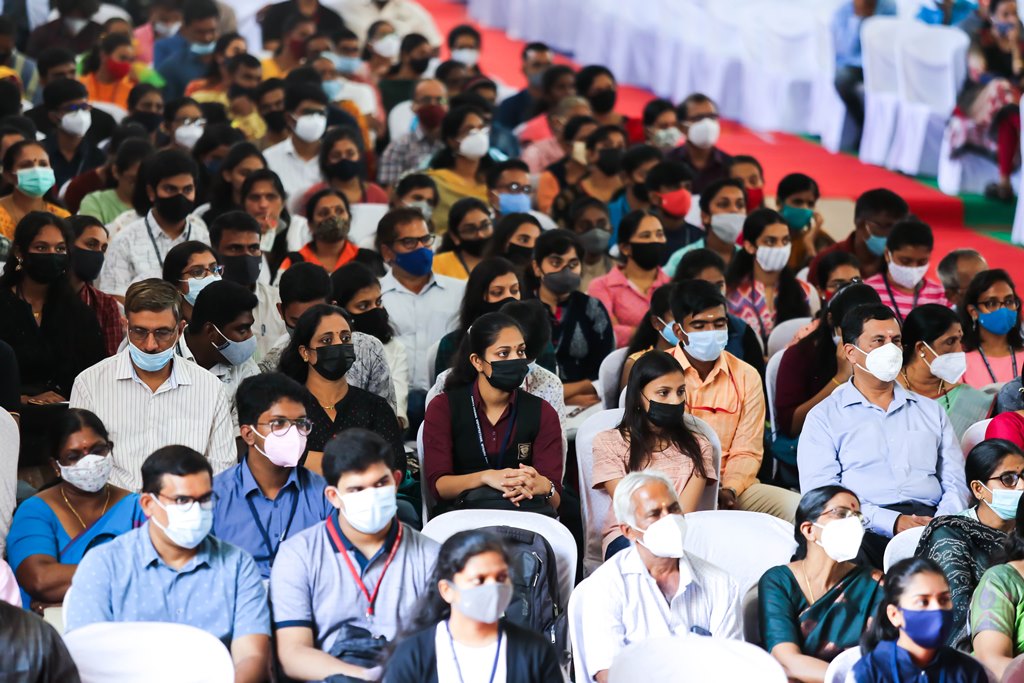 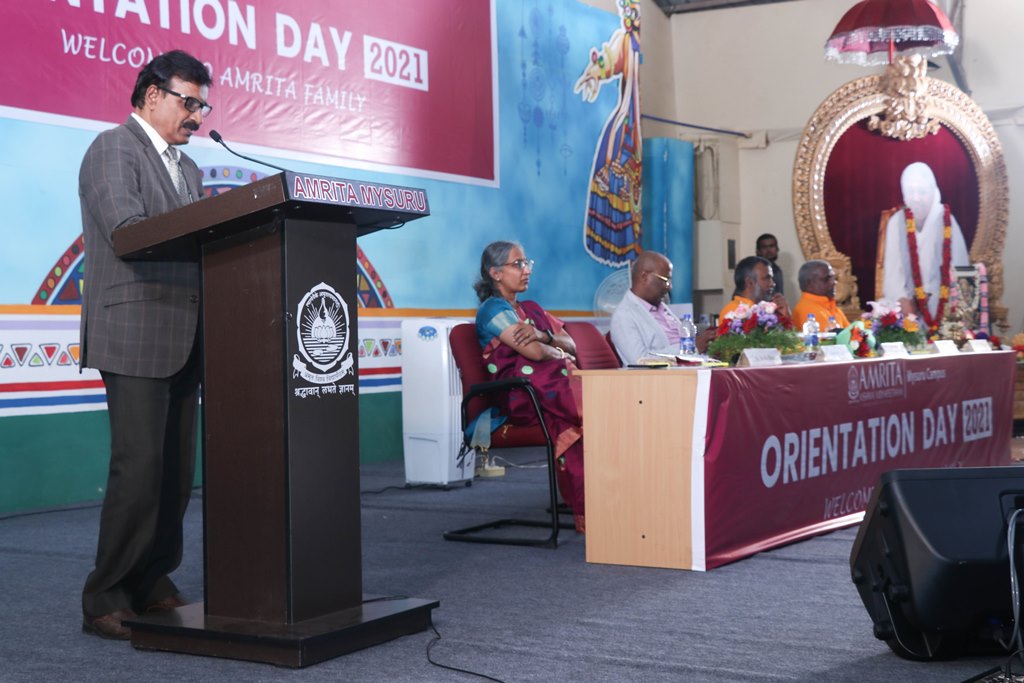 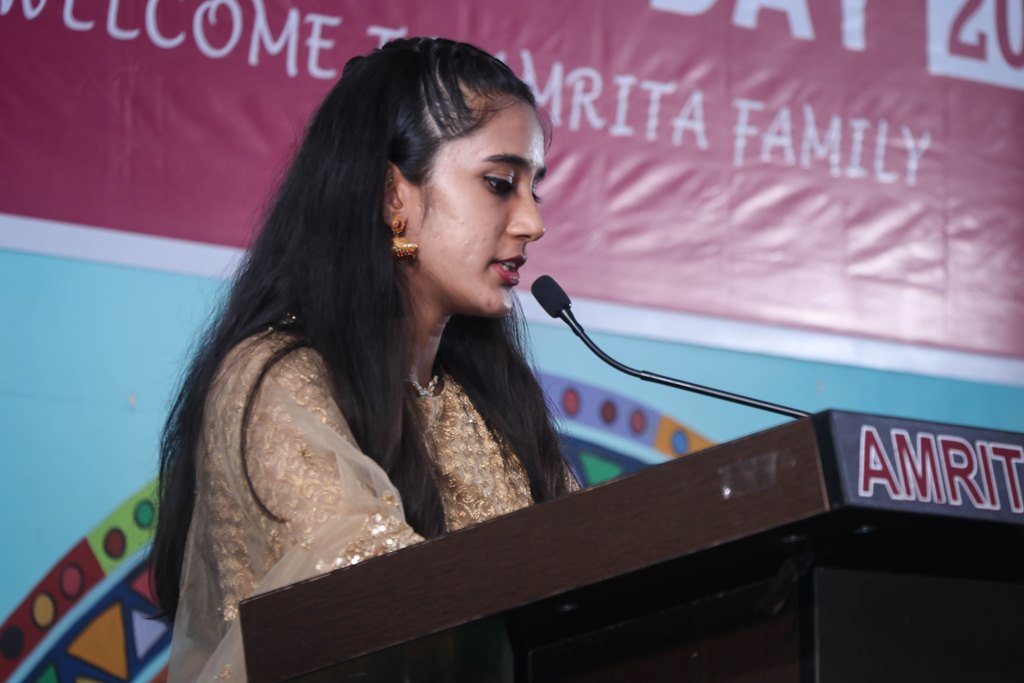 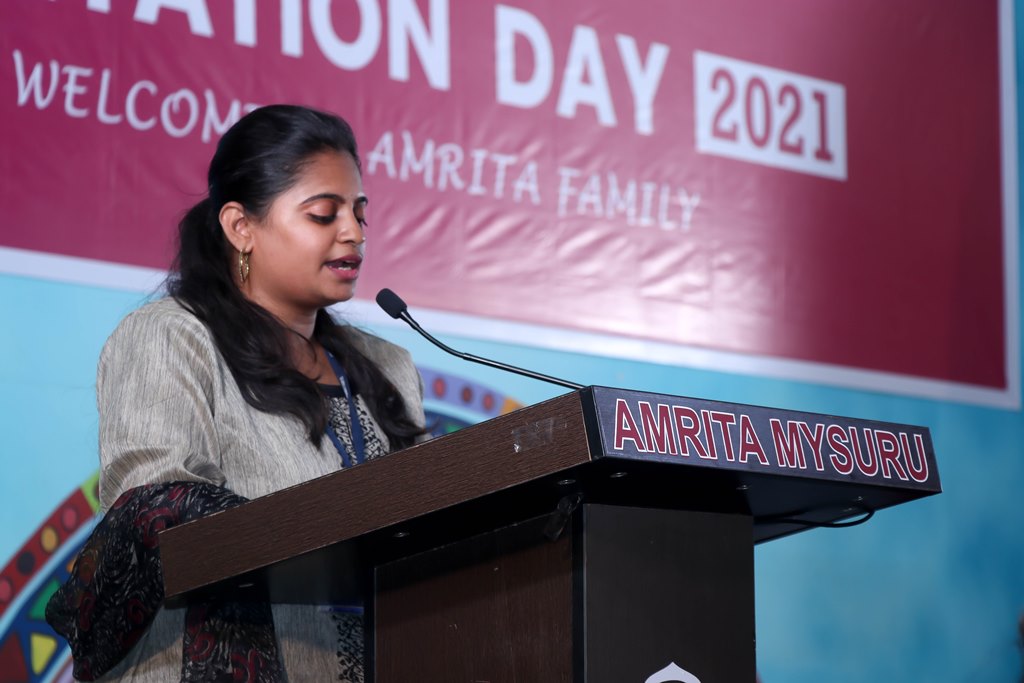 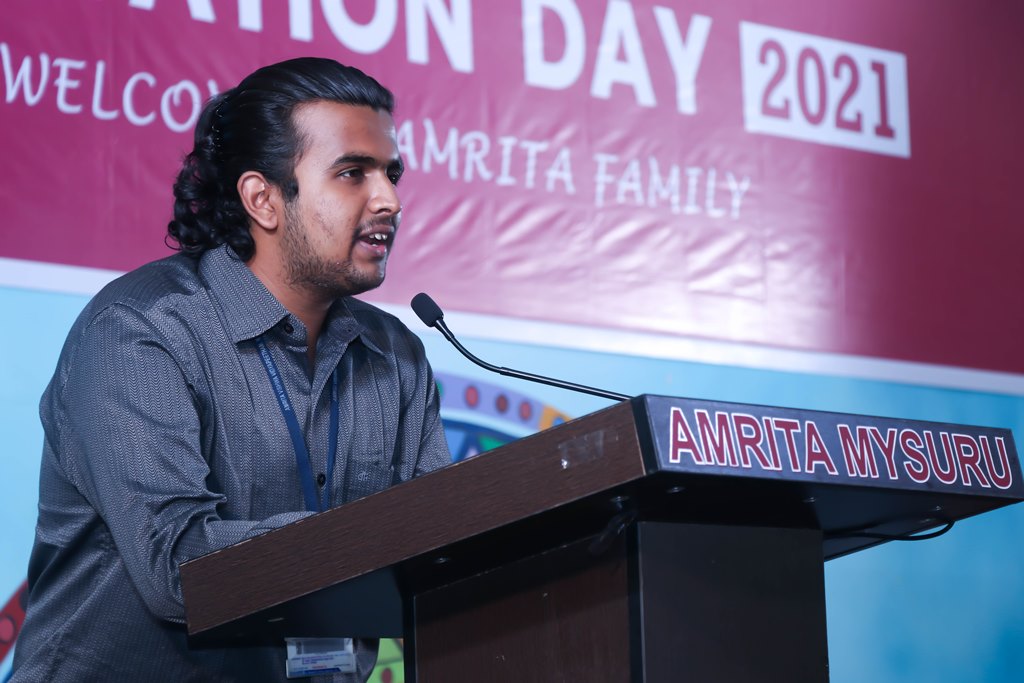 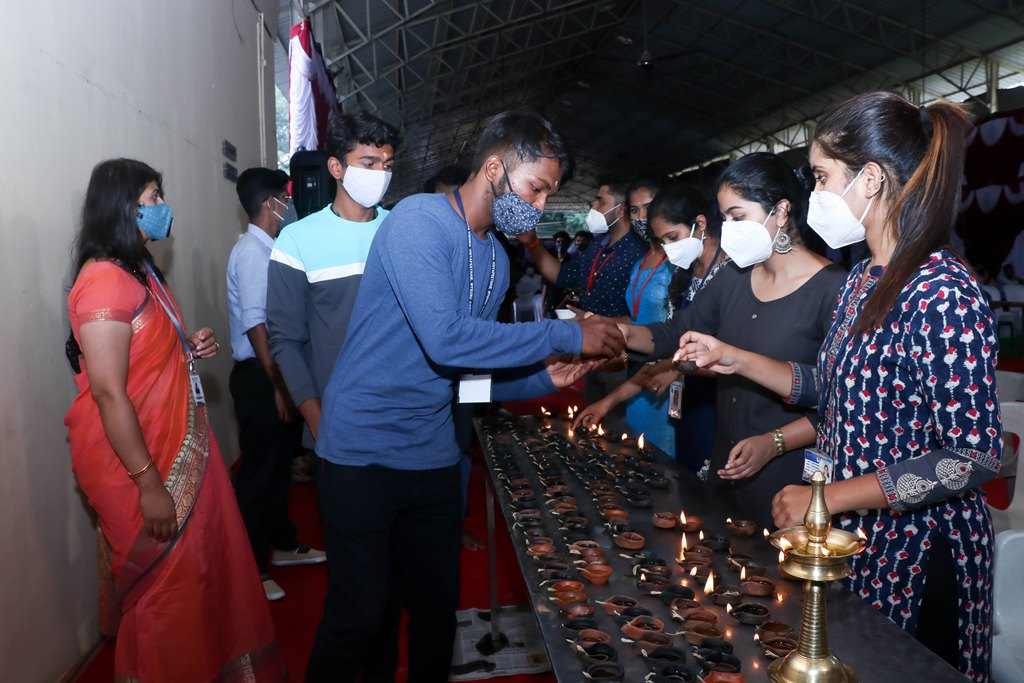 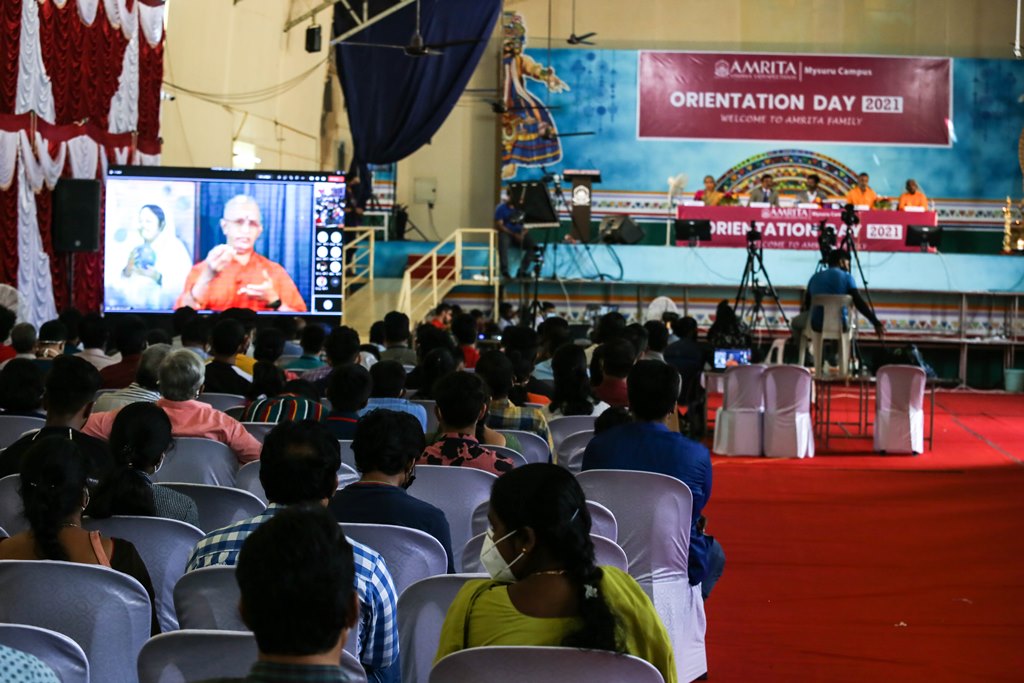 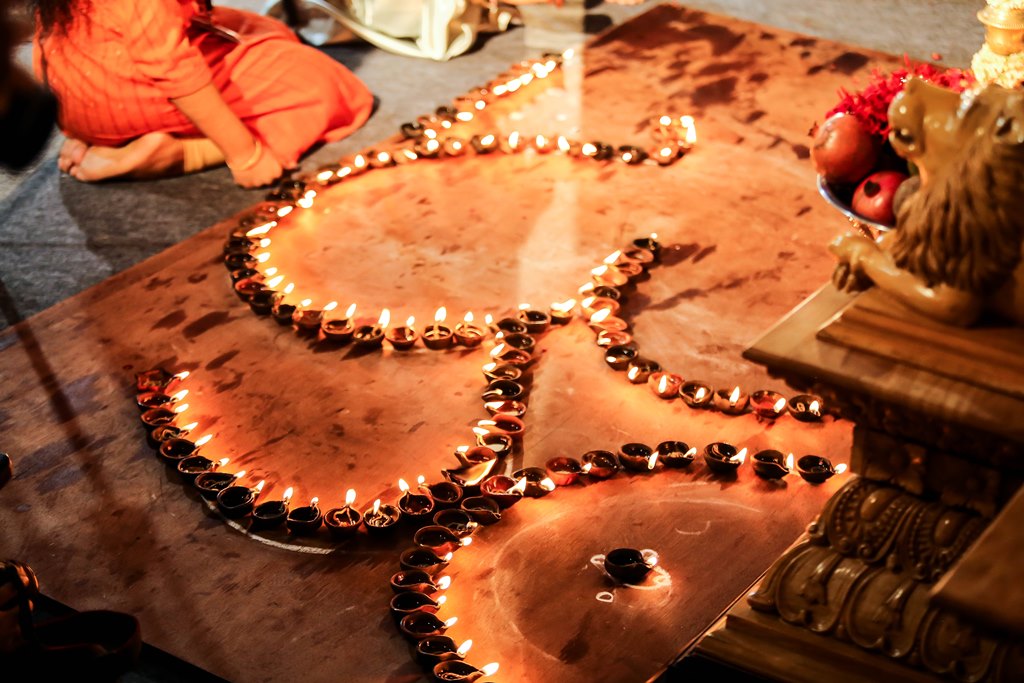