Prof. Nair, in his Keynote address, introduced the theme of the National Science Day which is centred on the significance of conducting compassionate and translational research that can be achieved only with the integration of several interdisciplinary branches of science including materials, medicine, engineering, computer science, pharmacy, life sciences etc., and which is focussed on developing products that will be useful for the benefit of the mankind. He also emphasized on the relevance of more women contributing to science and also on offering rewards and economic accountability to scientists as a gesture of encouragement. He acknowledged the extensive support from the Department of Biotechnology and Department of Science & Technology, Government of India, and the unimaginable infrastructure and equipment support from Amrita Vishwa Vidyapeetham in the last 15 years for the successful conduction of the Nanomedicine program under his leadership at Amrita Vishwa Vidyapeetham. Talking about the ‘Medical Science of Scale’, Prof. Nair briefed about the various applications propelled by the interdisciplinary research conducted in the areas of Nanomedicine and Molecular Medicine. On the occasion of National Science Day, which is celebrated as a tribute to the remarkable contribution made by the eminent Indian Scientist, Sir C. V. Raman, that led to the first Nobel Prize in science for India, he started by explaining about the Raman signal-based application developed by his team which was able to non-invasively and without any biopsy, detect cancer with an accuracy of 98%. He emphasized that the creation of Nanomedicine itself is nothing but the engineering of an integrated robotic device at nanoscale, which explains the highly interdisciplinary nature of this promising area. Prof. Nair concluded his talk with a note of encouragement to the young people to do good innovation science by broadening their thinking, having courage to question, and by approaching science and research with excitement and motivation. 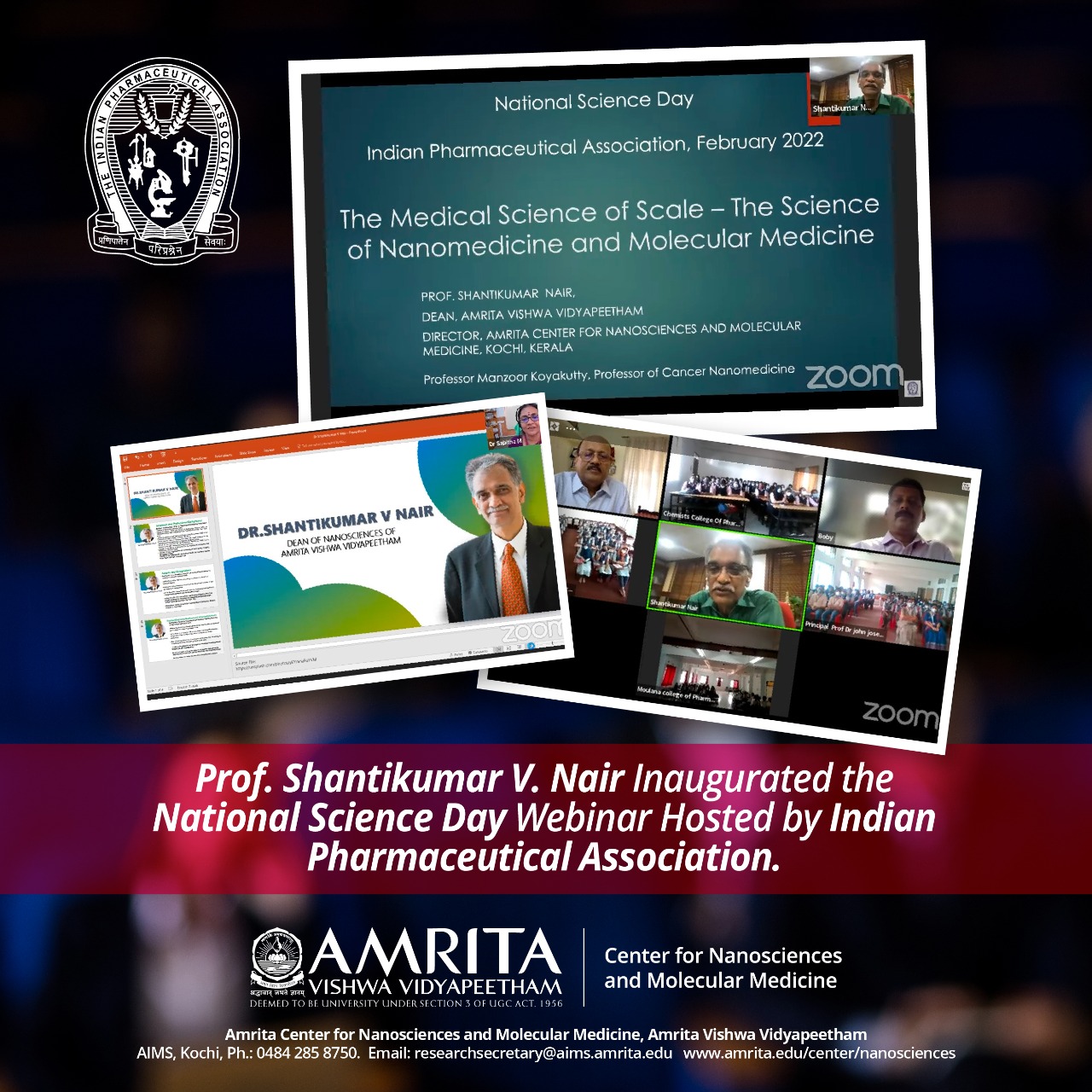