The first batch of graduating M.Tech. students from the Amrita Center for Wireless Networks and Applications can look back, with satisfaction, at a highly productive period of two years (2009-2011), wherein they authored a total of 23 research papers.

The focus of the research papers, beyond just innovations in technology, was also what the technology could be used for. Whether enabling better disaster warning systems, healthcare monitoring or smart grids, the end result was not lost sight of.

Several of these publications promoted Wireless Technologies for Humanitarian Relief. The center will host an international conference in this area during December 19-21, 2011 at Amritapuri. “Current systems for detecting explosives and tracking terrorists have several drawbacks including bulky size, huge consumption of power and manual operation. Our system based on wireless sensor networks overcomes these issues,” the co-authors explained.

The student Arjun working with his faculty guide Balaji proposed a solar-powered road side reflector for protecting the sensor device from terrorists. “The system can be easily implemented in public places such as streets, malls, temples or military areas,” they stated.

Another paper titled Robot Assisted Wireless Sensor Network for Monitoring and Detection of Explosives was authored by Simi S. and Joshua Freeman and published in the May 2011 issue of International Journal on Computer Science and Engineering. Innovative navigation techniques and sending data in real time to a command center through wireless sensor networks enabled the monitoring and detection of explosives in this paper.

Again, the student and teacher collaborated to propose a solution, which was also presented at international conferences around the world.

The paper explained how robots could assist with finding survivors in damaged buildings, where it would be too dangerous to send rescue teams.

The paper studied the effects of wireless transmission in the atmosphere between mobile flying robots, that could be deployed for remote surveillance and emergency communications after a nuclear disaster, an earthquake or a tsunami. 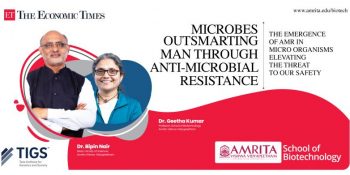 The Amrita School of Biotechnology (ASBT) made its initial foray into the Antimicrobial ... 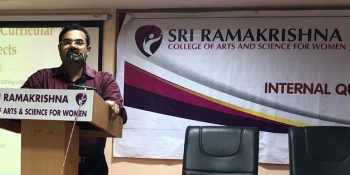 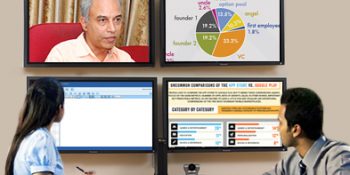 Digital Learning” is one of the top-ranked online magazines in India which plays a key role in ...