Aarohan, a two-day science fest, was organized for high school and pre-university students by the Amrita School of Engineering, Bengaluru, from October 30-31, 2014. Aarohan- an annual Amrita Science Fest is an initiative to foster a bond between the university and schools, as well as provide a big platform for young minds to exhibit their interests in science and mathematics.

Brahmachari Dhanraj, the director of the college, declared Aarohan’14 open. The sixth edition of Aarohan (Reaching out to the Stars), provided  scientific exposure and an enthralling experience to the students with various events such as: Olympiads, Avishkara, Laser Tag, Treasure hunt, MocKtaiL 2.0, Aashubhashan, Twisterz, Sudoku, Prashnothari, Innovate, Mixed Bag, Planets on Earth and a Project Exhibition. Each event was drafted in a challenging way to bring out the best from the participants. The participants in turn were fully geared up to meet the various challenges and  made the event a grand success.

More than 700 students from 21 high schools in the city participated in the event. Every year, with the increase in the number of participants, there is an inundating surge of innovative ideas.  National Public School (Koramangala); Amrita Vidyalayam (Bengaluru, Mysore, Mangalore, Devangiri);  Presidency  School (East, South) and Delhi Public School (East, South) were among the schools that participated.

The Project Exhibition was a scientific and creative floor for the students to propose their innovative ideas in the form of exhibits. Presidency School, Bengaluru South, secured the first place for creating a self sustainable model called ‘Smart City’. The winners and runners up of all the events were awarded with certificates and cash prizes worth Rs. 4 lakhs. The rolling trophy was bagged by National Public School, Koramangla, Bengaluru for the second consecutive year.

The energetic participation by the students proved yet again that Aarohan, a platform to explore various fields of science and technology for young minds, will continue for years to come. 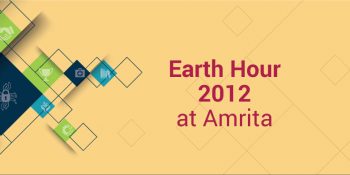 How much impact can one committed person make? Quite a lot, as it turns out. Varun Venkataraman, ...