When A Baby is Hurt During Childbirth 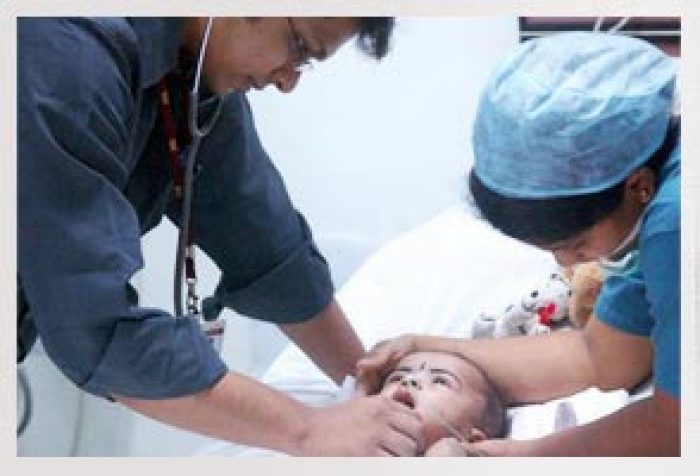 Dr. Ravi Sankaran, final-year postgraduate scholar at the Amrita School of Medicine won the second prize for poster presentation at the 41st Annual National Conference of the Indian Association of Physical Medicine and Rehabilitation.

The conference was organized at the National Institute of Mental Health and Neurosciences (NIMHANS) in Bangalore during January 31 – February 3, 2013.Dr. Ravi Sankaran’s poster titled Infant Spine Injury in Disguise described the case of a one-month-old infant diagnosed with apparent bilateral Erb’s palsy and subluxation of the cervical spine at C5 – C6.

When there is a misalignment within the seven uppermost vertebrae of the spine, the resulting condition is known as cervical vertebral subluxation. Although rare, it may manifest when the mother’s labor is difficult. Bilateral Erb’s palsy refers to the paralysis of both arms caused by either traumatic or obstetric injury to nerves near the neck and shoulder (brachial plexus).

“In this case, the baby was born through complicated breech delivery,” stated Dr. Ravi.

Most babies are born in a head-down position that allows for a normal birth. But if the baby is breech, meaning, the baby is lying with the bottom downwards making the delivery complicated, the baby’s body becomes susceptible to injuries.

“This baby had a paucity of bilateral arm movement. In absence of any improvement, the baby was brought to the Department of Physical Medicine and Rehabilitation at Amrita. On examination, we found that reflexes were absent in the biceps and brachioradialis and sluggish in the triceps. Reflexes were present in the knees and ankles and the tone of both legs was normal.”

“Investigations such as nerve conduction studies, x-ray and magnetic resonance imaging, revealed preganglionic upper trunk brachial plexus injury (injury to the nerves near the neck and shoulder), subluxation of the cervical spine at C5 – C6, and pseudomeningoceles (abnormal collection of cerebrospinal fluid).”

“The diagnosis was C5-C6 subluxation with bilateral Erb’s palsy, a rare case that has not been described before. Here, the patient was treated with contracture prevention methods, orthotic management. We performed surgery at 3 months and the baby wore 3 months of bracing support.”

“Post treatment, the baby has continued to show normal growth.” 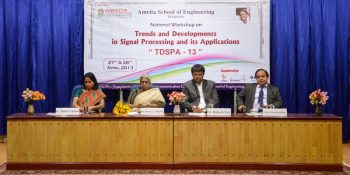 The Department of Electronics and Communication Engineering at Bengaluru campus organized a two-day ... 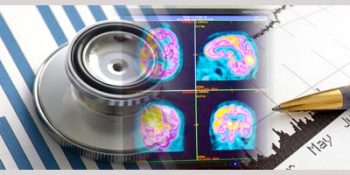 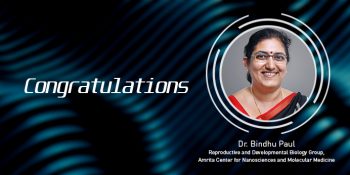 The paper has been published in Physiological Reviews, a high-impact journal of the American ...