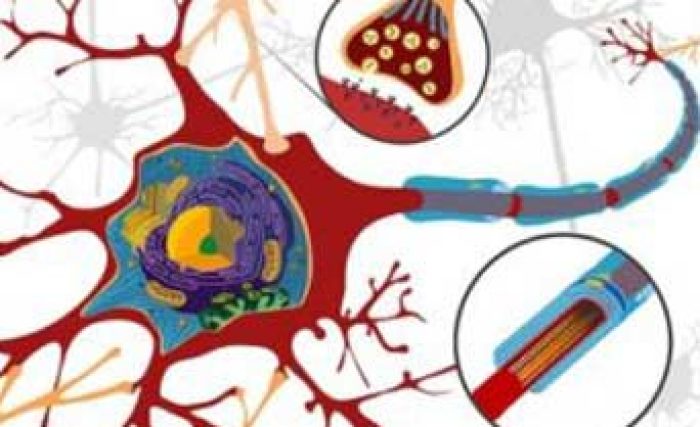 Amrita Vishwa Vidyapeetham and University of Milan has jointly received funding from Department of Science and Technology, Government of India and Ministero degli Affari Esteri e della Cooperazione Internazionale, Italy for Researcher Exchange Program for a duration of three years from 2017 to 2019.

The Principal Investigators of this project are Dr. P. Ram Manohar, Research Director, Amrita School of Ayurveda from the Indian side and Prof. Antonella Delle Fave, Department of Pathophysiology and Transplantation, University of Milan, Italy.

The collaboration between Amrita School of Ayurveda at Amrita Vishwa Vidyapeetham and the University of Milano is based on previous contacts and joint activities between members of the two institutions who will be involved in this program. The major aim of this collaborative exchange project is to design an integrated treatment protocol including standard conventional care, Ayurveda and psychological counseling addressed to patients with DMD and SMA. The possibility to test this protocol on a small group of patients in India and Italy, and the evaluation of the integrated treatment outcomes will create the basis for a randomized study in a larger cohort of patients in both countries. The joint collaboration of Italian and Indian partners could lead to the identification of an approach to healthcare capitalizing on local strengths and resources, and based on the integration of different knowledge systems and disciplinary perspectives. This synergy could possibly lead to improvements in healthcare services and treatments available to patients with neuromuscular diseases in both countries, and it could pave the way to further joint projects addressed to other kinds of pathologies.

Treatment of genetically based myopathies represent a great medical challenge. Duchenne Muscular Dystrophy (DMD), caused by mutations in the gene encoding dystrophin, is characterized by progressive muscle weakness leading to loss of independent ambulation, followed by cardiac and respiratory muscle involvement. Death typically occurs during the third decade of life. Spinal muscular atrophy (SMA) is characterized by a selective degeneration of motor neurons within the spinal cord and brainstem, leading to proximal muscular wasting starting from the lower limbs, along with accompanying symptoms that point to the crucial systemic role of the survival motor neuron (SMN) protein, whose encoding genes are affected in SMA. Five SMA subgroups are distinguished based on disease severity and progression. Gene and cellular therapies, drugs acting on inflammation and remodeling, and readthrough strategies are promising therapeutic avenues. However, no effective therapy is currently available for DMD and SMA. Other approaches are thus required to foster patients’ quality of life. At the psychological level, a broad literature attests to the coexistence of suboptimal physical functioning with mental health and well-being, whose implementation is a useful target in chronic disease, leading to resource mobilization, resilience and active participation in social life. Moreover, several studies have shown that Ayurveda, one of the Indian traditional medical systems, is a valuable complementary approach to conventional treatment in chronic and degenerative diseases, as highlighted in clinical trials involving patients with rheumatoid arthritis, fibromyalgia, chronic fatigue syndrome and osteoarthritis. Overall, these studies suggest that the integration of Ayurveda, standard care and psychological support in DMD and SMA treatment may promote patients’ quality of life through improved motor function, psychophysical balance, and mental health.

The exchange program will include different phases. Year 1: Partner meetings at the two sites will be devoted to reciprocal exchange of information about the diagnostic, clinical and therapeutic strategies adopted in the two centers to treat DMD and SMA. This will allow to compare patterns of disease prevalence, progression, and standard care approaches in the two countries. Updates on the pre-clinical and clinical research lines conducted in the two institutions, concerning both conventional and Ayurvedic approaches to disease identification and treatment, will be discussed. Potentials for designing joint research avenues will be explored, including genetic studies, preclinical in-vivo and in-vitro studies, clinical trials, and psychosocial interventions based on both Ayurveda and conventional approaches will be taken into account. A list of joint activities will be defined for the next two years. Year 2: the collaborative program will be operationalized through research and intervention studies. In particular, the safety and efficacy of the association of Ayurvedic medicine to conventional therapy will be tested in a small group of patients with DMD and SMA both in Italy and in India, and locally compared with groups of patients undergoing conventional treatment only. The efficacy of the integrated approach will be evaluated through (a) motor function scales; (b) measures of cardiac, respiratory and other vital functions, differentiated according to the specific clinical features and progression of each disease; (c) measures of mental health and well-being indicators. The same treatment strategies and evaluation protocol will be used in the two centers. The duration of the clinical study will be 12 months, with measurements performed on both experimental and control groups at baseline (T0), after 6 months (T6), at the end of the study (T12), and as follow up evaluation 6 months after the study conclusion (T18). Year 3: Data will be analysed in order to detect potential improvements in motor function, perceived well-being, mental health and quality of life, as well as respiratory, cardiac and other vital functions in all experimental and control groups, and between countries. It will be possible to detect pre-post changes in each of the treated groups compared to the respective control groups. Similarities and differences in these changes will be discussed and interpreted. The study results will be reported in joint scientific publications and they will pave the way for further collaborative studies with larger samples of participants and addressing other typologies of neuromuscular diseases. Besides reciprocal visits, throughout the three-year program teleconferences will be regularly held among the partners, in order to define and set up contents and schedule of the visits, monitor project development and progressively evaluate outcomes at the two sites.