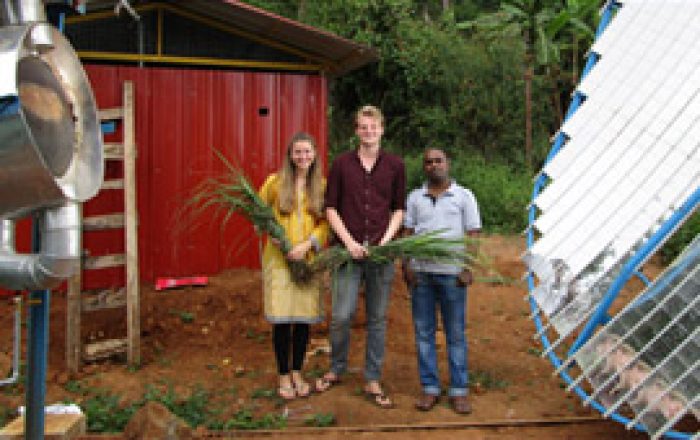 This project is a continuation of Development of Solar-powered Steam Distillation Unit for the Production of Lemongrass Oil. The main aim is to conduct experiments on the prototype and determine optimal distillation conditions (parameters).

The team spent a considerable amount of time in the field conducting several rounds of tests to optimize the distillation process. These included determining the energy needed to evaporate the water content of lemongrass and the the amount of steam required for the distillation of an assumed value of oil from the lemongrass plant. Given certain parameters, the team assessed how much oil and potential revenue could be generated per day.

They subsequently came up with a step-by-step process to operate the unit and documented the procedure in a manual. Students also brainstormed about possible by-products that could be made and sold such as soap, shampoo, hand cream, perfume, and insect repellent, which would open up further income generation possibilities for villagers. Along with this, the team conducted a market study to identified potential local customers. The team proposed their business plan and gave suggested the brand name Lemongrass Essentials.

Wearable Wireless Device to Monitor of Vital Parameters of Farmers