Each student at Amrita Vishwa Vidyapeetham is more than a roll number; they are individuals with unique stories. Humble, soft-spoken, and studious, Pooja’s story is inspiring. Amma’s grace and grassroots initiatives have transformed the lives of youth in rural and tribal communities across India, empowering them to achieve their goals, and Pooja is a shining example.

The devastating Karnataka floods in October 2009 left a path of destruction in its wake while shattering the dreams of the children and families of a future they envisioned. As their homes and source of livelihood were swept away, their future remained uncertain. Amma pained by the magnitude of suffering and plight of the community, deployed teams to help assist rebuild the lives of the people displaced. Over a thousand houses were built by the Mata Amritanandamayi Math.

Amrita Education Centers were set up in the villages to provide educational support to students, which is a part of the Amrita Rural India Tablet Education (RITE) project, offered by AmritaCREATE. At the afterschool centers using tablet technology, students received tuition that would help them perform well in their exams, encourage them to complete their education, and take up higher studies. One of our centers is located in Dongrampur, Raichur district, an area adversely affected by the flood.

During her plus two, Pooja studied at the Dongrampur center. With the coaching and mentoring she received, Pooja passed her XII board exams. However, she and her family were worried about what her next steps could be. The entire village was abuzz about how they could help the child. An opportunity came knocking at her door in the form of the Vidyamritam scholarship to study at Amrita Vishwa Vidyapeetham, Amritapuri Campus.

Pooja says that this unexpected opportunity is a true gift and her family encouraged her to take it up without a second thought. After undergoing so much hardship, her parents, who are farmers, have a reason for hope. In the future, she aspires to become a bank manager after completing BCom in Finance and Taxation at the university.

Access to quality education, support, and opportunities can help bright students realize their true potential. Currently, there are 86 Amrita Afterschool Centers across 21 states that cater to students in underserved rural and tribal communities. Over 10,500 students have benefitted from the program, of which 49% are girls.

Alum like Pooja serves as a role model and source of inspiration for students across our centers that perseverance can lead to better opportunities, a step closer to achieving their dreams.

Click here to know more about the AmritaRITE program. 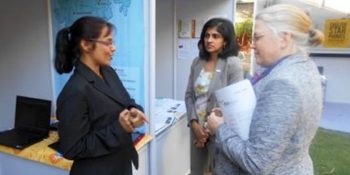 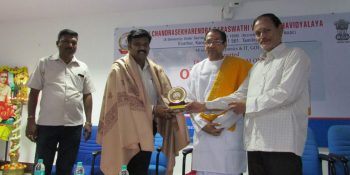 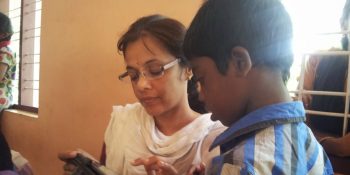 The coming academic year will see the Amrita Vidyalayams in Kerala move more towards IT-enabled ...