Students at Amrita, who are passionately interested in areas like electronic materials and low-dimensional nanoelectronics, at times get an opportunity to work in Dr. Das’ state-of-the-art nano-electronics labs, as part of Amrita’s widespread Student Exchange Program.
Two such students are Darsith Jayachandran and Aaryan Oberoi, both Amrita alumni from Amritapuri and Bengaluru campuses, respectively.

What started as an undergraduate project, for both Aaryan and Darsith, grew to be their research areas for their Ph.D. work in Dr. Das’ lab where research on wide variety of remarkable topics from, low-dimensional materials and hardware security to vision sensors, happen simultaneously. Darsith is pursuing his Doctorate in Engineering Science and Mechanics, focusing on low-dimensional nano-electronics, biomimetics and artificial vision. Aaryan’s research interests include non-volatile memory devices for in-memory compute and hardware security.

The project involved the development of a collision detector. Collision detection is a critical element in fields like autonomous vehicles and robotics where many models inspired from insect vision are developed for the same. A neuron called the lobula giant movement detector (LGMD), found in locusts, is well-known for detecting objects on direct collision course with the insect. Different collision avoidance models have been developed, but none are as efficient as this neuron in terms of energy and area efficiency. This idea led to the development of a nanoscale collision detector that can mimic the neuron’s functionality. The detector comprises of molybdenum disulfide photodetector stacked on top of a non-volatile and programmable floating-gate memory architecture. This unique device structure helps in mimicking the LGMD like escape response to an incoming object. The photodetector causes an increase in device current in response to an oncoming object, the excitatory signal, while the underlying programmable memory stack always causes a decrease in the current, the inhibitory signal.  When an object approaches, the excitatory signal is added to the inhibitory stimuli, causing a non-monotonic change in the device current, mimicking the escape response of the LGMD neuron found in locusts. The device consumes a small amount of energy (in the range of nanojoules) and has a small device footprint (~1 µm × 5 µm), confirming the success of mimicking the locust neuron.

This is a great example of Biomimetic research.

The researchers report in the (August 24) issue of Nature Electronics that, this “is a leap forward towards the development of smart, low-cost, task-specific, energy efficient and miniaturized collision-avoidance systems.”

Also working on this project from Penn State are

Amritanand Sebastian, both Amrita Alumni, at Dept of Engineering Science and Mechanics;
Tanushree H. Choudhury, Assistant Research Professor, 2D Crystal Consortium – Materials Innovation Platform; and
Joan M. Redwing, Professor of Materials Science and Engineering, Chemistry Engineering and Electrical Engineering, and Associate Director of the Materials Research Institute.
This is a great example of a successful collaboration between Amrita and Penn State. This is not the first-time students from Amrita have done remarkable projects in collaboration with Penn State.
Akhil Dodda, Amritanand Sebastian and Shiva S.R. are other notable Amrita alumni who have published high impact papers under the exemplary guidance of Dr. Saptarshi Das. 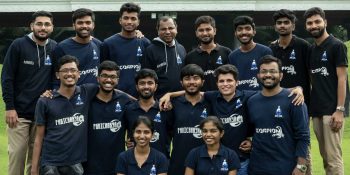 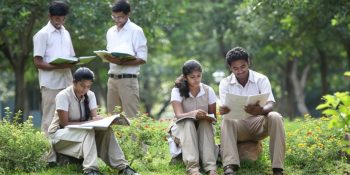 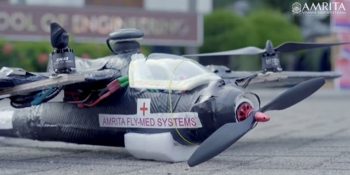 A team of researchers from Amrita Vishwa Vidyapeetham have developed the Amrita Fly-Med ...