National Science Day is celebrated all over India with great enthusiasm on February 28 every year in order to commemorate the invention of the Raman Effect in India by the Indian physicist, Sir Chandrasekhara Venkata Raman on the same day in the year 1928. Amrita School of Pharmacy, Kochi, celebrated National Science Day 2020 with a week-long program from February 24-28 2020, spreading the message of the importance of science and its applications. The theme for National Science Day 2020 was “Women in Science”. A series of talks by eminent researchers in the field of science was organized.

The program was inaugurated on February 24, 2020, by Dr. Ruby John Anto (Scientist G, Rajiv Gandhi Centre for Biotechnology (RGCB), Trivandrum). Dr. Ruby John Anto is a fellow of the National Academy of Sciences, as well as Kerala Academy of Science,  and is a proven successful woman scientist. She delivered a talk on “Evaluation of Natural Products as Chemotherapeutics, Chemosensitizers and Chemopreventives for Targeted Prevention and Treatment.” Dr. Ruby discussed the utility of some plant-based compounds like curcumin and resveratrol, in combination with conventional anticancer drugs such as paclitaxel and 5-Flurouracil against cervical cancer and breast cancer respectively. Her research findings could prove to improve efficacy and reduced side effects of chemotherapy in preclinical animal models. She also discussed the clinical relevance of three important future candidate molecules, tryptanthrin, kaempferide and uttroside B, whose isolation and identification have been carried out by her research team. Dr. Ruby also motivated the students through her story, explaining the hardship she faced to achieve the current position as a high-level scientist.

A session was conducted on February 25, 2020, by Dr. Sahadev Shankarappa (Assistant Professor, Centre for Nanosciences and Molecular Medicine, AIMS, Kochi) on the topic “Research as a Profession: The Good, Bad and the Ugly.”

Dr. Sahadev Shankarappa delivered an informative and thoughtful talk on the topic which provided an insight into the various aspects of research as a profession. The speaker highlighted his views on the topic from his experiences and reminded us about the patience, passion and perseverance one must have in order to become a successful researcher. His career itself is an example of the above. Because of his strong passion for research, from his medical background, he chose his field of research in neuroscience. Consistent effort, with a strong desire, will help you to succeed in your endeavors and will give you complete satisfaction was another important message conveyed through his talk. He further stressed that one should have the following two qualities to attain success in your field: you should be always inquisitive and boldly express your ideas. The talk was followed by an interactive session in which few of our faculties and students raised their queries. His words of wisdom were of great value and it inspired and ignited young minds.

On February 26, 2020, in connection with national science day an interesting talk session on the topic “Leveraging Nanotechnology to Tackle Cancer – A Story about Taming the Misbehaved” was delivered by Dr. Sreeja Narayanan (UGC-DSK Fellow at the Department of Biotechnology, CUSAT).

This informative session was taken in a narrative manner creating an inquisitive spark in audience. Dr. Sreeja Narayanan beautifully explained the genesis of cancer and emphasized the research work which was mainly based on resolving the contraindications caused by first-line breast cancer therapy using the drug paclitaxel, by the nanoformulation of casein and combination with EGCG (green tea extract). Dr. Sreeja further explained the important role of Nanomedicine and her work on the development of nanomaterials based on microbial exometabolites for the application in inflammation and cancer. She also focussed on the development of biopolymer-based hydrogels for cancer therapy.

On February 27, 2020, a review of the idea by various student groups for the scientific model competition was 14 teams with 5 members each participating from each batch of Pharm. D., B. Pharm. and M. Pharm. The research committee of the Amrita School of Pharmacy evaluated the topics of each batch. Students showcased static and working models with the theme of “Life Science in Human Welfare” which can be used for learning various scientific concepts and social issues.

On February 28, 2020, an interesting talk session on the topic “Differentiation of the Mechanisms of Resilience vs Vulnerability to Chronic Social Defeat Stress and Antidepressant Response of Vorinostat” was delivered by Dr. Athira K. V. (Assistant Professor, Dept. of Pharmacology, Amrita School of Pharmacy). It was followed by a debate on the topic “Does the current education system instill scientific curiosity in students?”. Students were selected randomly from each batch and the team who opposed the notion won the debate. The debate was moderated by Mr. Samson, a Ph. D. student. The session concluded with a vote of thanks by Mrs. Swati Gupta (Assistant Professor, Department of Pharmaceutics, Amrita School of Pharmacy). 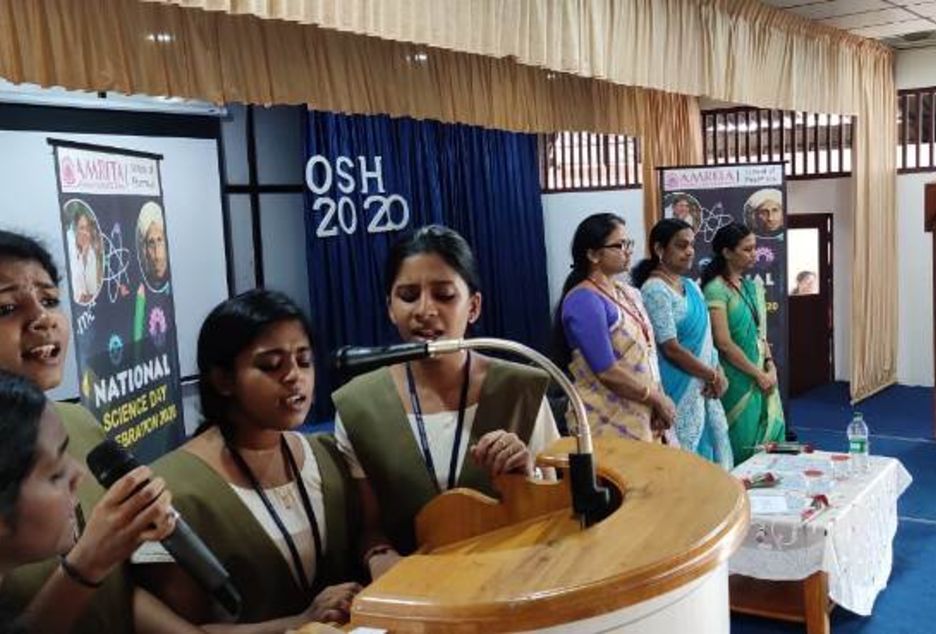 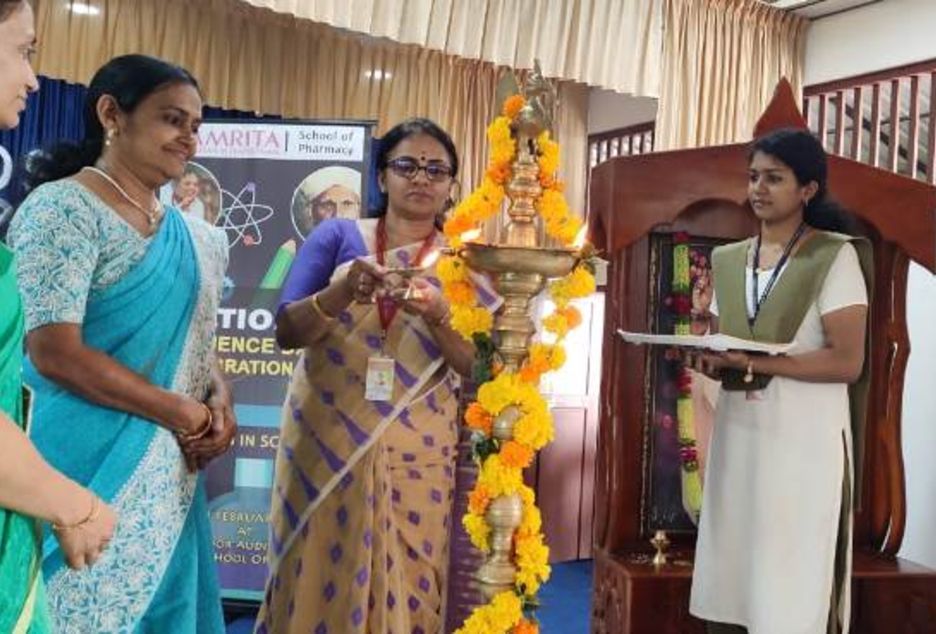 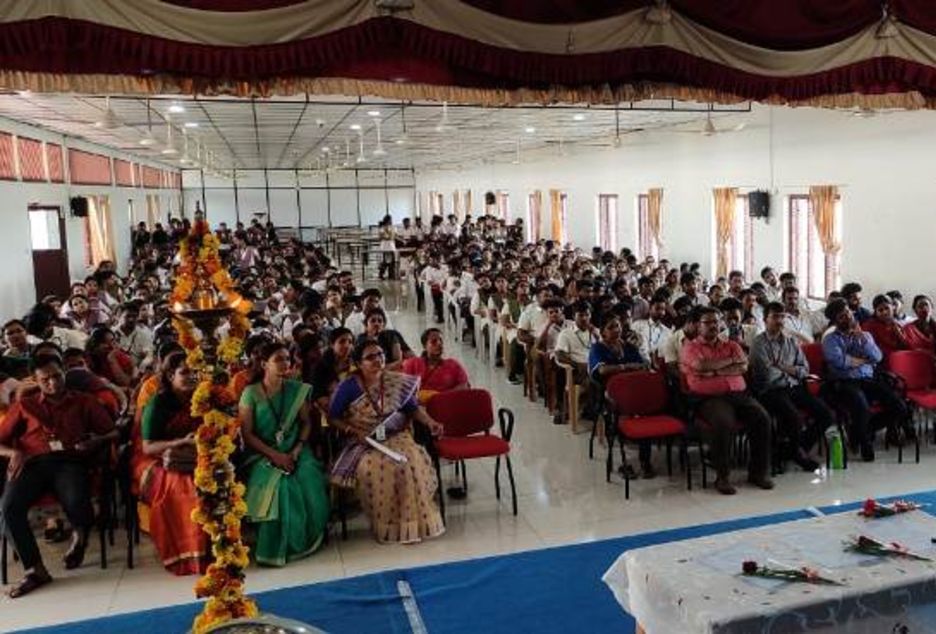 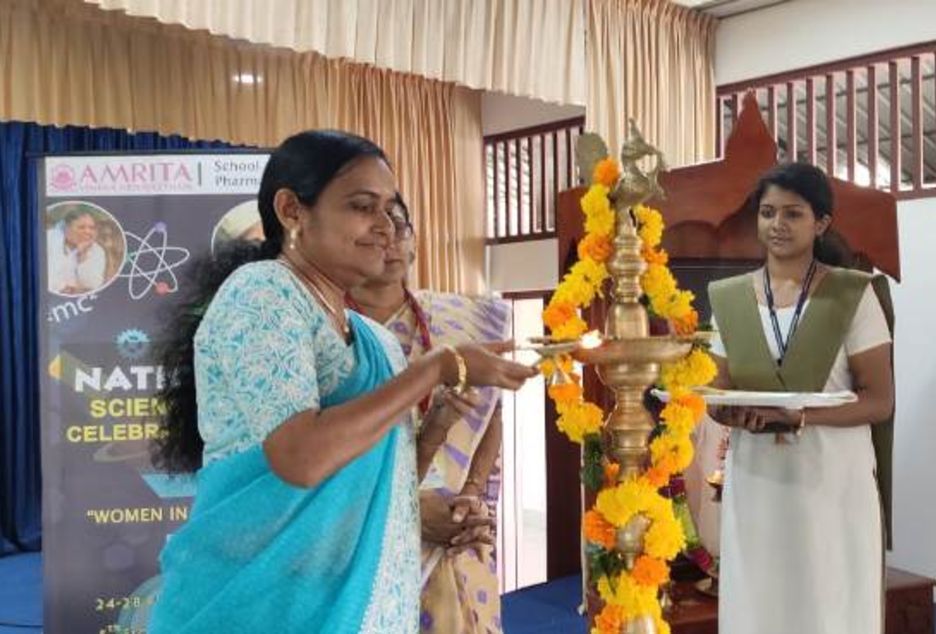 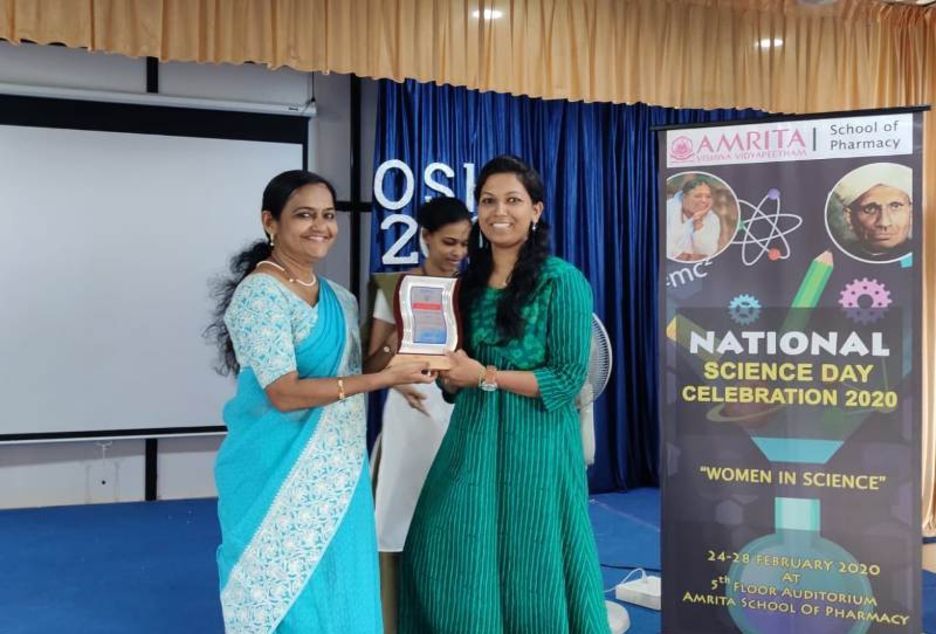 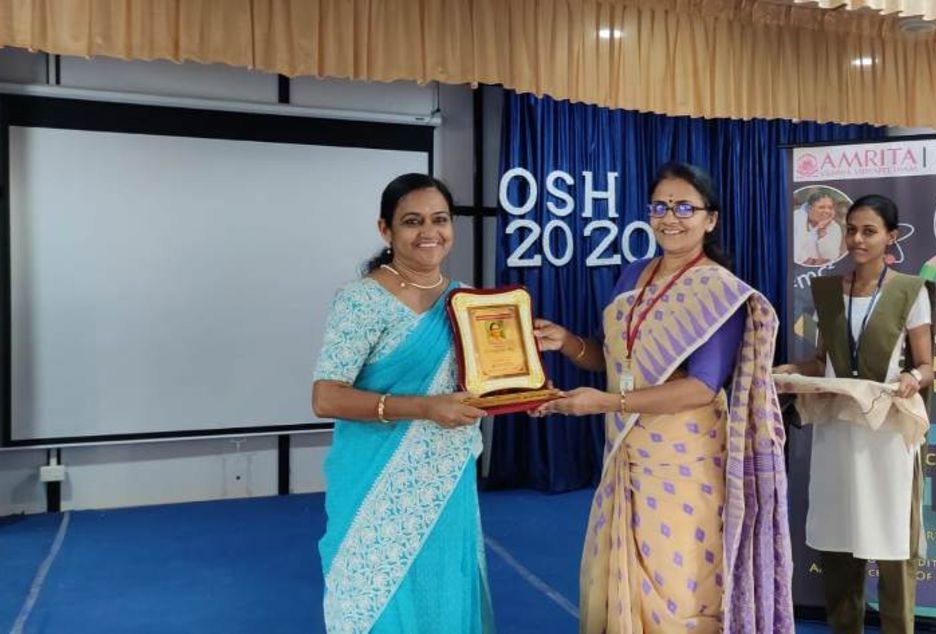 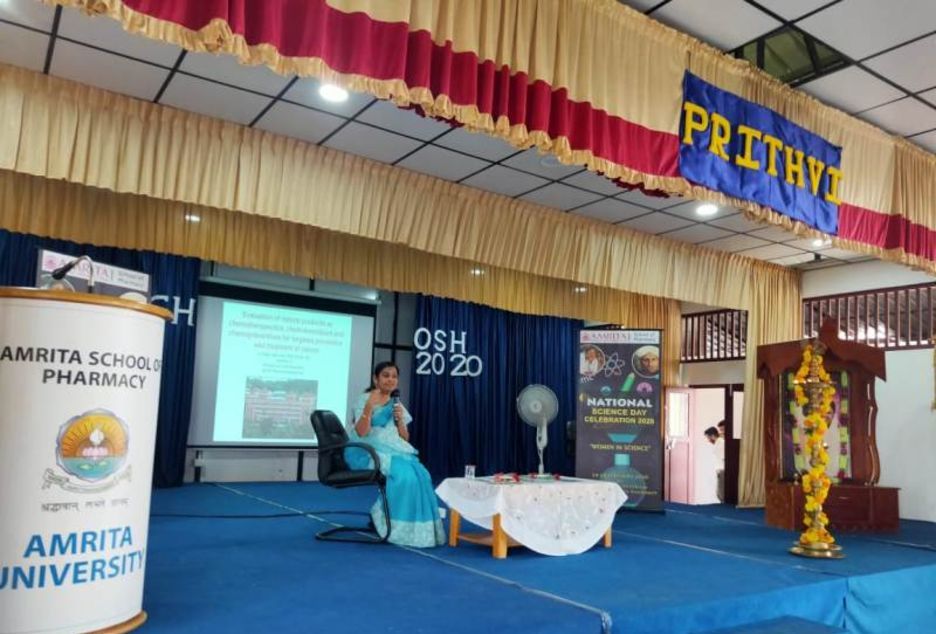 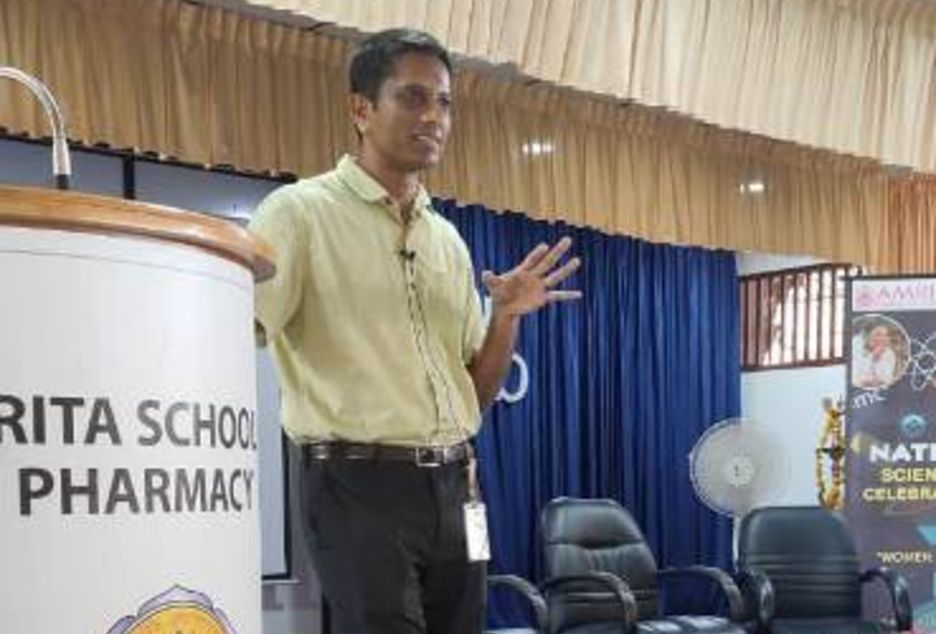 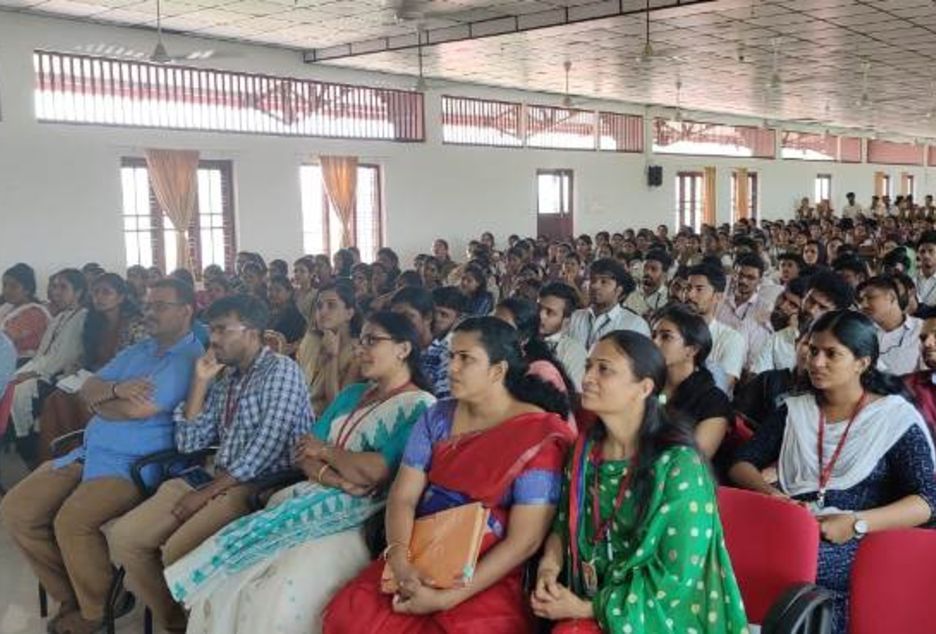 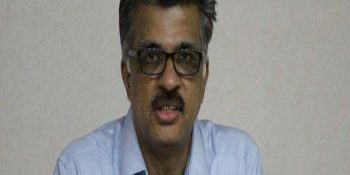 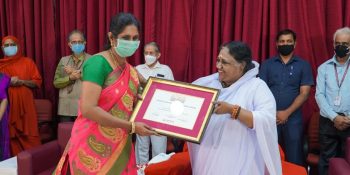 The first-ever edition of the Amrita Innovation & Research Awards (AIRA) was held on April 8, ... 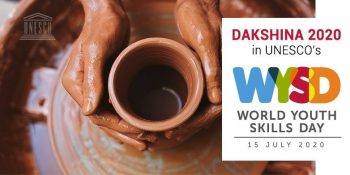 Creativity has not been “Locked down” for a group of Media students. The students of the ...