The Department of Electrical and Electronics Engineering, School of Engineering, Amrita Vishwa Vidyapeetham, Amritapuri campus, was in the forefront of the Mission ‘Reconnect’ program, initiated by Kerala State Electricity Board (KSEB) for the flood-affected people of the Kerala state, as part of restoring electricity to their consumers.

The students, faculty members and staff of the Department have joined hands with KSEB in restoring electricity to the flood hit and submerged houses of the Pandalam area, which was one of the heavily flood affected sectors of Pathanamthitta district.

As the flood receded, Mr. Srikanth V., Assistant Professor (Sr. Gr.), Department of Electrical and Electronics Engineering, School of Engineering, Amrita Vishwa Vidyapeetham, Amritapuri, was the one who came up with the idea of helping the flood victims in the “Electrical Engineers Way”. The service was done under the IEEE IAS Student Branch Chapter activities. With the support of the management and department heads, Srikanth contacted officials of Kerala State Electricity Board – KSEB, EMC and IEEE and got linked to the Mission ‘Reconnect’ program.

“The team inspected the houses in the town and observed 90 % of the houses have fewer depositions of mud and clay in the electrical plugs and sockets, and the water level didn’t reach most meter boxes. Hence, the team decided to check the earth fault in the houses by connecting ELCB immediately after the meter box. It could be observed that 90% of the houses passed the earth leakage test and could be charged the same day,” shared Srikanth.

The 25-member team divided into four groups, each equipped with all the tools and safety devices and managed to check the houses for faults and restore connection in no time. Over 32 houses were charged during the first day of activities.

On the second day, the team visited a different feeder area under the Pandalam section where the area was much nearer to the water body and fields. The damage was much severe in this section and many of the transmission lines, poles and transformers were damaged. Around 53 houses were covered in the second day and the situation was considerably more devastated than on the first day. Many of the houses were partially washed away and water still resided in many areas. Owing to the wet condition, the team manually inspected each room and checked for any possible safety issue. The consumer was warned about the situations and was offered free services upon providing the materials required. Thus, the first stage of the teams support could help 85 houses in just two days.

Later as a second stage, the team was invited to the Pazhavangadi Panchayat of Ranni Area, under Pathanamthitta District. While the team visited the area on September 3 with 20 members, including staff and students, the area was completely covered with mud deposited by the wild river. The team met with a representative from KSEB Ranny office and were directed to the affected areas. While inspecting the buildings, the teams first objective was to check the safety of the building. Earth leakage test was done using a hand-held earth megger and necessary tools. Due to the fact that water was residing for more than three days, the walls of the buildings were soaked and all appliances were filled with water and mud. All switchboards were deposited with mud and the ceiling fans were full of water which was then removed by the team to dry them out. Areas of the building were isolated and megger tested. Once the megger test was passed, temporary connections were given with a single light point and a plug point was installed along with an earth-leakage circuit breaker. Because of the peculiar situation in Ranny, not all houses could be connected to the grid. Ranny needs special assistance as 80% of the house wiring was damaged due to the stagnant water. Around 10 buildings were covered, out of which one building was safe to be reconnected, while the rest of them were installed with the single light point and a plug point.

During these three days, the team benefited from much practical knowledge while working with experienced faculty members and from professionals in the field. The team comprised of graduates and undergraduates and involved the sharing of knowledge amongst the members, updating and applying the theory into practice.

“This was a moment when we felt proud to be an Electrical Engineer. The team was made aware of the safety equipment to have before working in the field and on how to diagnose the problems that the team had to face,” he said.

From mission ‘Reconnect’, it could be seen that to get Kerala up and running, all abled, joined hands are required to speed the transition and to bring the cost of labor down by involving different organizations and colleges.

“We express our sincere thanks to the members of the IEEE Industry Applications Society Student Branch Chapter of Amrita, the Department and Amrita Vishwa Vidyapeetham for the support extended to the flood relief activity,” he added. 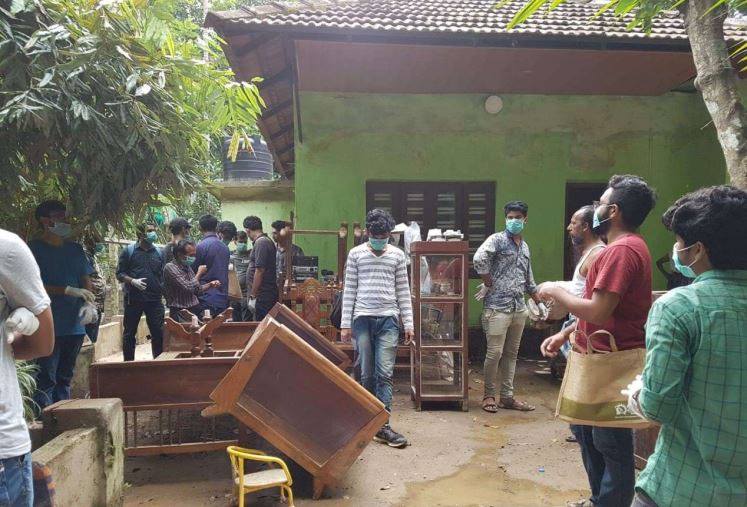 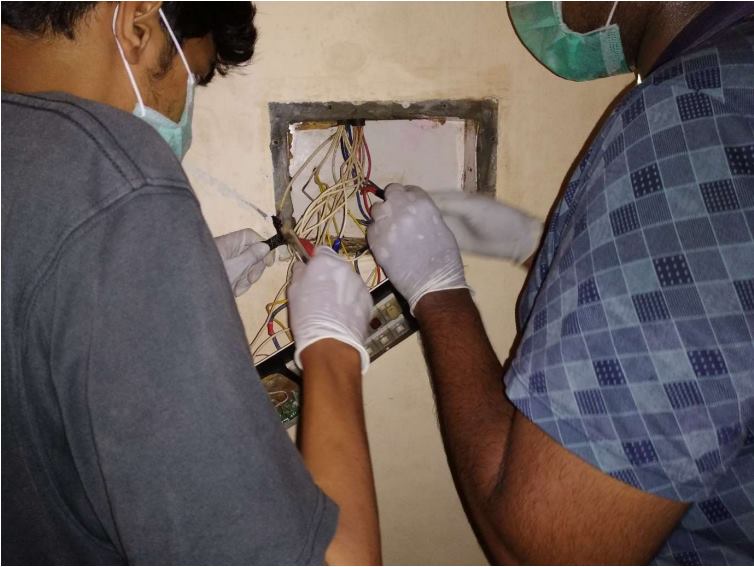 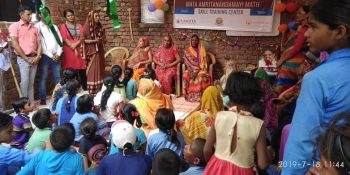 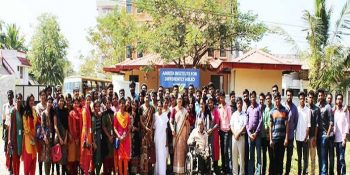 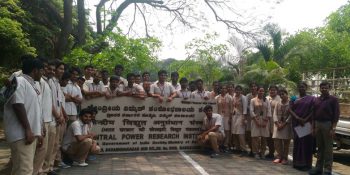