Amrita MBA Program, Kochi Campus added another feather to its cap as it was chosen by McGrawHill Education (MHE) to launch the first-ever ‘McGraw Hill SmartBook Champions’ award. The ‘SmartBook Champions’ award honors the top performing students of courses based on the innovative SmartBook platform from McGraw Hill Education. The MBA Programme at Kochi campus stands out as the first within Amrita Vishwa Vidyapeetham to adopt a SmartBook from MHE. Dr. Vivek Menon, Associate Professor, successfully introduced the SmartBook ‘M: Information Systems, 3/e, by Paige Baltzan’ for the Management Information Systems (MIS) course during the period from January- March 2016 for MBA 2015-2017 batch.

On this occasion, Mr. Girish Srinivasan expressed his pleasure for interacting directly with the students for the first time.

The prize distribution ceremony was followed by an interactive session between the faculty members and MHE team where they had a discussion on future use of SmartBook for MBA program. 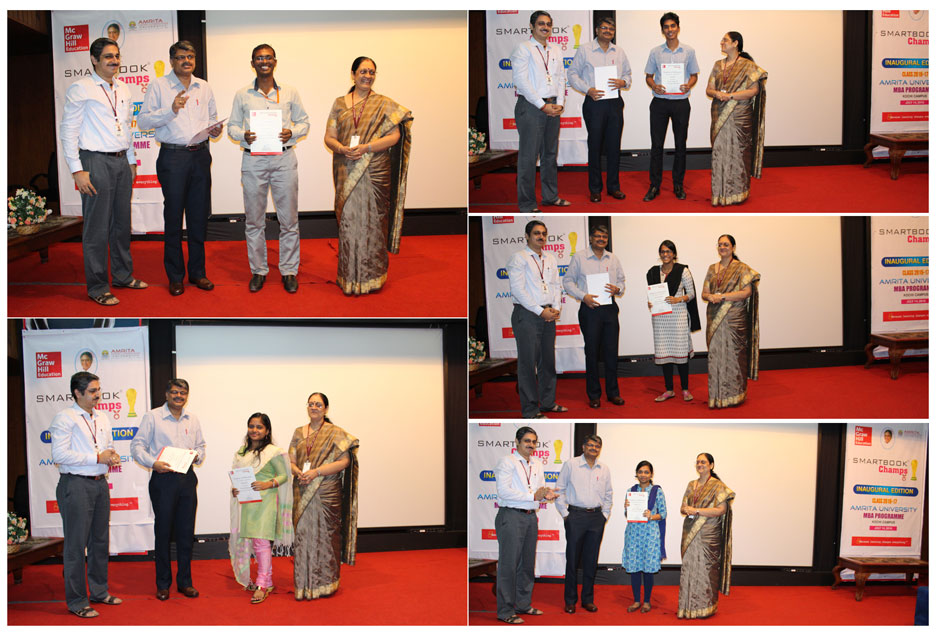 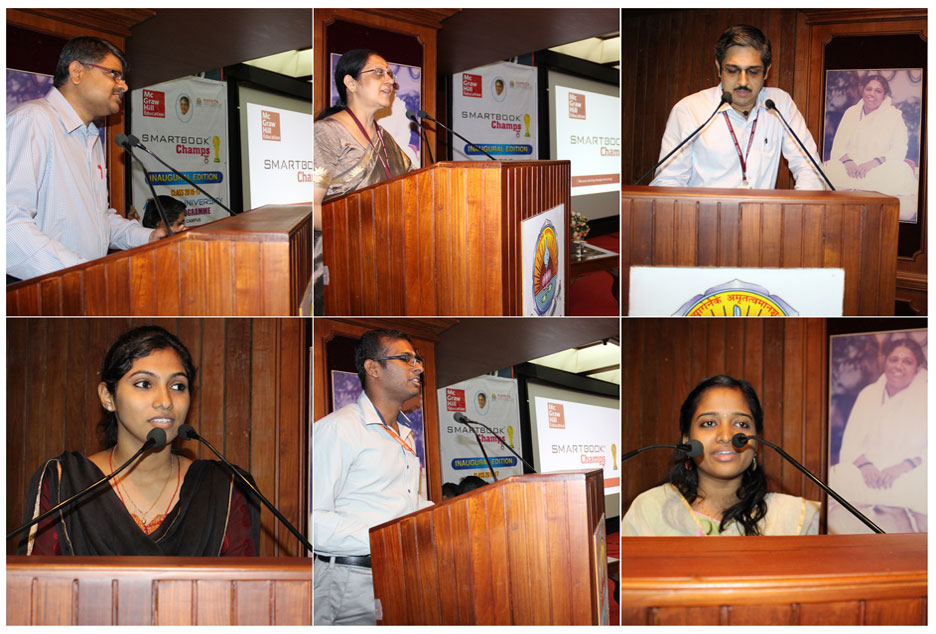 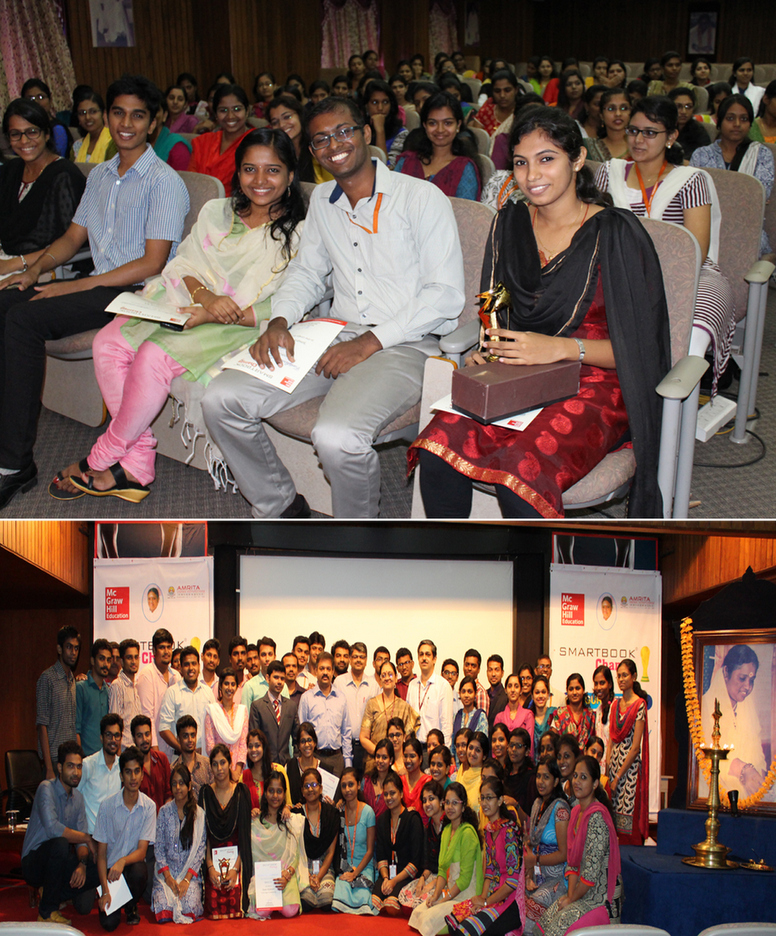