World Toilet Day is observed to ensure that all human beings have access to a safe toilet by 2030. Envisioned and guided by Sri Mata Amritanandamayi Devi (Amma), Chancellor of Amrita Vishwa Vidyapeetham, various groups at Amrita Vishwa Vidyapeetham including the School of Biotechnology, Schools of Engineering and various research departments such as AMMACHI Labs, AmritaWNA and Live-in-Labs® facilitated by Amrita Center for International Programs (ACIP), are working towards resolving open defecation and solving sanitation issues in India.

Amma has designed a sustainable, resilient and long-lasting solution to safe sanitation focused on women leading women. By teaching women across India how to construct toilets, women have become champions in the cause of safe sanitation.

During the relaunch of ‘Swachhata Hi Seva 2018’, Sri. Narendra Modi, Prime Minister of India, interacted with Amma via video conference on September 16, 2018. At the event, the PM said, “The training that you have given women to become masons and to construct toilets is a great example of human resource development and skill development. Women were always ahead in matters of cleanliness and sanitation. But now you have also given them skill and empowerment as well. I offer my pranams to all the efforts being rendered by you.” 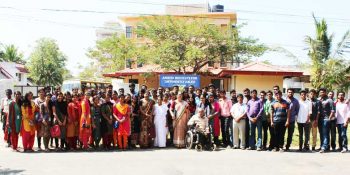 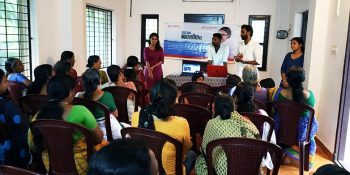 Initiative to Build ‘Water-wise’ Communities on the World Water ...

As part of the World Water Day activities on March 22nd, 2019, the Mata Amritanandamayi Math in ... 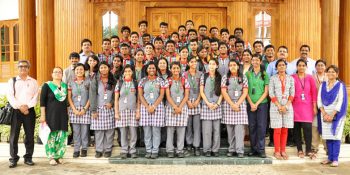